Kate Galilee responds to a recent Guardian opinion piece: ‘Strip clubs are the new normal -and that’s a good thing’ 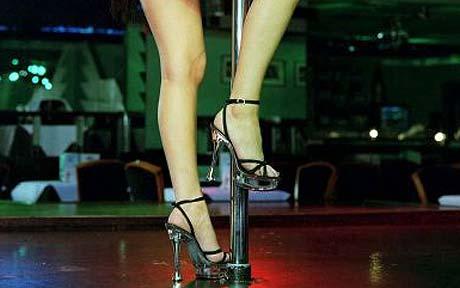 Strip clubs, Breslin claims, have a ‘positive’ effect on male sexuality, and are therefore ‘good’. She raises a number of points in support of the argument that strip clubs are being normalised. For instance : The potential opening of a 24/7 strip club in London (despite  the local campaign against it), the anonymous emails from strip club patrons sent into her blog, and the anecdotes of ‘strip club fans’ who ‘wouldn’t say it’s taboo at all’. But since when has male sexual objectification of women been taboo? Her argument of strip clubs seems to confuse male sexual liberation with sexual liberation in general.

We already have  an issue of  women being publicly identified and blamed for their own rape, women in the United States being forced to fight Republican attacks on their sexual and reproductive health, and 400,000 women being sexually assaulted each year– so why are we celebrating when, arguably, sexual repression of straight men has never been a great problem? 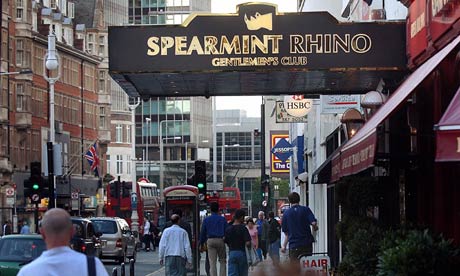 Is the removal of one more taboo surrounding male heterosexuality really something we can congratulate ourselves for, when male sexuality is ultimately the standard upon which all other sexuality is excluded and shamed?

Of course, you may argue that all feelings of sexual liberation should be celebrated and welcomed. But this brings me on to my next question – is the normalisation of strip clubs an indicator of sexual freedom, or is it a further hindrance? Breslin describes strip clubs as providing men with an environment where they can talk to an attractive woman ‘as long as they keep tipping’. But I would argue that to take this view is ultimately harmful to both men and women.

Firstly, is it really desirable to create a situation where men do not learn to maintain a conversation with a woman on the strength of their own character, sense of humour, or intelligence, but through payment? If we look at Breslin’s blog, ‘Letters from Men who go to Strip Clubs’, we can gather a sense of how this is problematic.  Most of the men involved either have trouble establishing relationships with women outside of the industry, or seem to have an unrealistic view of women. For instance, one man who was ‘terrified of women’ managed to learn to talk to women in strip clubs. Yet to this day, claims he is unable to begin relationships with women outside of the industry. 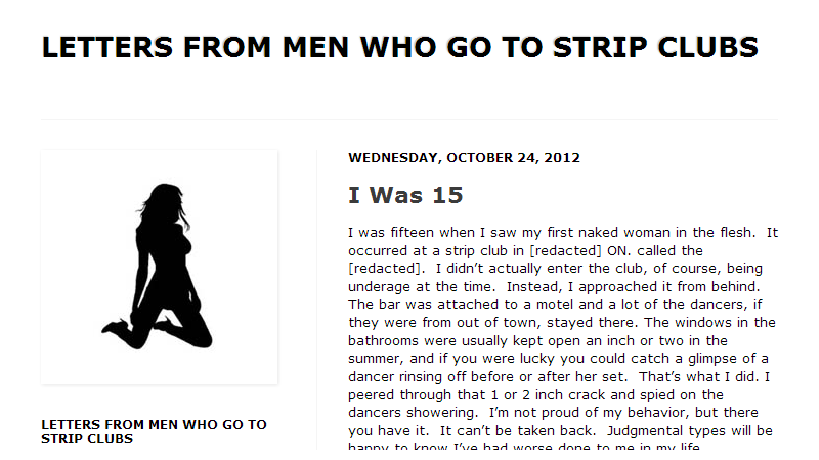 Another man used strip clubs to escape  the ‘cold, hostile, rejection-filled world of dating outside’, yet admits that after years of going to strip clubs, he ‘just never learned how to meet women. I never learned how to get a woman to like me’. When strip clubs are used for sexual and emotional fulfilment, it is hard to imagine how men could be able to develop the social skills and confidence to maintain healthy relationships with women beyond the sex industry. Even if genuine relationships eventually materialise, when they do not begin through mutual friendship or attraction, the men involved are not necessarily learning how to begin relationships with women they meet at work, at university, or elsewhere.

If we want to teach young men to learn to speak to women as equals; to appreciate sexual relationships centred around equality, reciprocity and mutuality; and to experience and appreciate relationships with women as they wish to be, rather than as purposefully focused on male pleasure; we should not encourage the use of strip clubs. They may allow them to escape, as Breslin claims, the ‘anxiety-fraught dating scene’, but ultimately this is to their detriment.

Secondly, to foster an environment where men believe women’s attention can or should be bought, only serves to reinforce harmful stereotypes about women. The view that all women have ulterior motives, are ‘money-grabbing’ or otherwise deceitful, is still a view too widely held. In the Eaves study Men Who Buy Sex, for instance, nearly half of the men studied felt that most women enjoy putting men down, and 33% thought most women were basically liars. 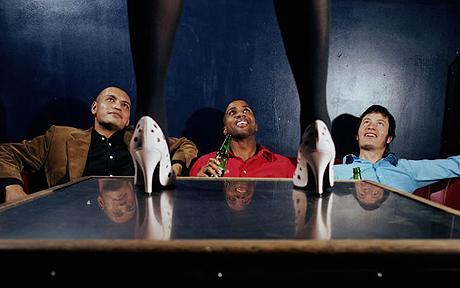 These views  can also be seen in Breslin’s blog –  men felt that both sex workers and non-sex workers played a ‘game’ to some extent in their relations with men. This could be reinforced by strip clubs in the sense that these women are in fact trying to get money from their male customers. This is not inherently a bad thing, and does not reflect badly on the women involved, but part of the service is making the customers believe it. When men are regulars, or when their involvement with women is primarily through strip clubs, this becomes problematic. It is important to distinguish the fantasy from the reality, but it is clear that not all men feel able to do this. The normalisation of strip clubs in this sense seems able to foster harmful views of women, especially as it can in the minds of customers, create some form fictional stereotypes.

If we wish to provide both men and women with an environment where they can ‘safely and consensually’ express their sexuality, the empowerment cannot be merely one-sided. We must stop providing men with false sexual experiences which impede their ability to forge healthy relationships with women, and we must make every effort to prevent the proliferation of harmful views about women and male-female relationships that may be furthered by these kind of businesses.

Women should be valued in heterosexual relationships for the way they are naturally, and for how they interact with men on their own terms, not merely for how well they force themselves to appeal to traditionally ‘masculine’ desires. We should not turn to strip clubs to sexually liberate men and women. Instead, we should teach men and women to appreciate mutual affection, attraction and pleasure, without the need for payment.