YOLO beaten to word of the year

Legendary hashtag acronym among Oxford dictionary words of the year

The Tab
News
DURHAM
word of the year yolo

It’s the phenomenon sweeping the nation’s unis, and now YOLO has finally secured the recognition it deserves.

The legendary acronym was among the shortlist for the Oxford English Dictionary’s word of the year.

In case you’ve been living underneath a rock, YOLO stands for You Only Live Once.

The 128-year old dictionary explained it was “typically used as a rationale or endorsement for impulsive or irresponsible behaviour”.

Popularised by celebs like Kim Kardashian and Drake, it has become the go-to hashtag in unay life.

YOLO was ultimately beaten to the title of Word of the Year, which was awarded to Omnishambles – the noun coined by BBC satire The Thick of It.

Oxford University Press lexicographer Susie Dent described the Word of the Year as “a word, or expression, that we feel has attracted a great deal of interest during the year to date.”

Dent will be recognisable to many students from her role on Countdown, where she is the in-house language expert.

YOLO is not just the preserve of students. If there’s one group that loves the word more, it’s the meme nerds from America: 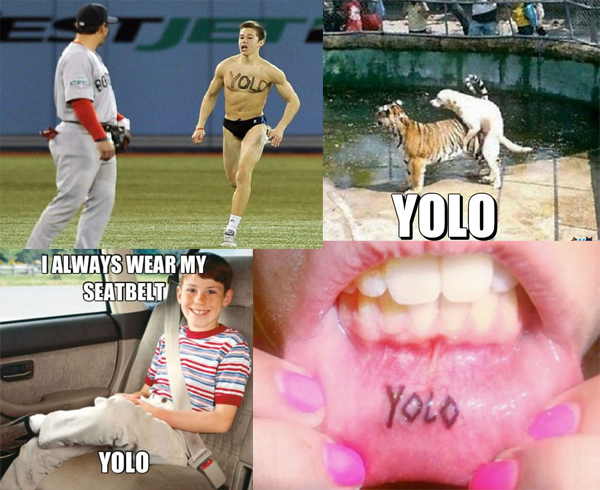