Bede beat Collingwood 18-8 with a last minute try to win the battle of the Hill-Bailey Heavyweights on Friday.

Bede were certainly not expecting a Collingwood side as well drilled as the one that turned up on Friday night, the loss of their coach seemed to have benefited the Hill side. Collingwood certainly looked the better team at the start but were unable to make their advantage show on the scoreboard. However after reckless flanker Toby Mackean was sent to the bin for a ruck infringement, Collingwood made their one-man advantage tell and scored a well worked try in the corner.

It took another Collingwood penalty to sting Bede into action and last season’s Champions started to turn the screw. The lineout combination of Aj Lawrence and Hill V Bailey celebrity Henry Close managed to win good ball for Bede deep in Collingwood territory. The Bede back row were proving particularly menacing managing to win two kickable penalties, which were duly slotted by fly-half Charlie Willans, who managed to put his poor kicking performance in the Snow game behind him.

With the scores tight going into half time the Collingwood winger managed to round his nervous opposite man, but any hopes of an easy run in were immediately halted after Bede’s rampaging tight-head prop made a huge covering tackle, England great Josh Lewsey would have been proud.

After half time Collingwood were unable to take advantage of having the wind at their backs and some poor decision making left them pinned back in their own half. Although the Bede forwards were struggling in the scrum they were able to dominate the loose and soon worked a try through some well organized tight play.

Collingwood again managed to lift their game and under the leadership of their talismanic Number 8, made good inroads into Bede territory. However, Bede managed to soak up this pressure, and were able to counter attack. Fresher scrum half, Hamish Grant, seized upon a loose ball to cross the line in the final play of the game to leave the final score 18-8 to Bede.

“Another average performance, we need to buck up our ideas if we think that we are going to retain the league with sloppy play like that. With a scrum going backwards like it was I think I need to be put in the back row just to add that edge that will get us on the front foot. It’s all very well having a back row that can work well in the loose but if they can’t do their job at the set piece it’s pointless having them on the pitch.

I’m really going to step it up this week in training, and hope that my efforts get recognised by the Captain, I’m not here to warm the bench and clean water bottles!”

“We’re in this position again where we’ve thrown it away. Although they had the better of the 2nd half, we were leading by 2 points with 10 to go and then just stopped playing rugby. I don’t doubt that we’re good enough to win the league and cup this year but we can’t keep bottling the big moments in big games. Our 10 going off injured at half time after a good first half performance didn’t help. Bede are like the Man Utd of this league as they always seem to get a result even when they don’t play well. They didn’t play in the flair style that we were used to, but still won.

It seems to me that our lack of converting off the pitch is rubbing off onto the pitch, so we’re going to put a big effort in on Wednesday night to shake the voodoo. Fake Chow baby!”

Moment of the Game: Bede’s full back, Hamish Wilson, making two fantastic breaks but was cut down short of the line twice by some great covering defence by Collingwood’s Harry Graham.

Overall performances of the teams: Collingwood certainly had the quality to win the game but a lack of that killer instinct in the red zone meant that they were unable to convert good pressure into points. Though the scoreboard reflected well on Bede, they must count themselves lucky not to have been at the end of another upset. Bede just know how to win games.

Words of wisdom for the opposition: Collingwood certainly have the pack to cause problems for most opposition in the league but their weakness at 10 meant that they were not able to unleash a dangerous back line.

Man of the Match: Ben Conway. Bede’s Fresher scrum half controlled the game well, managing to produce good ball even though he behind a retreating scrum.

Dick of the Day: Collingwood 10. His infatuation with Sonny Bill Williams should have been left to youtube rather than the rugby pitch! I reckon Collingwood would have voted for the ref…

Special Mention: The referee who came all the way from Ohio made the tackle of the day when he sacked Henry Lee the Bede Number 8. It was the biggest hit on a Bede player all night. 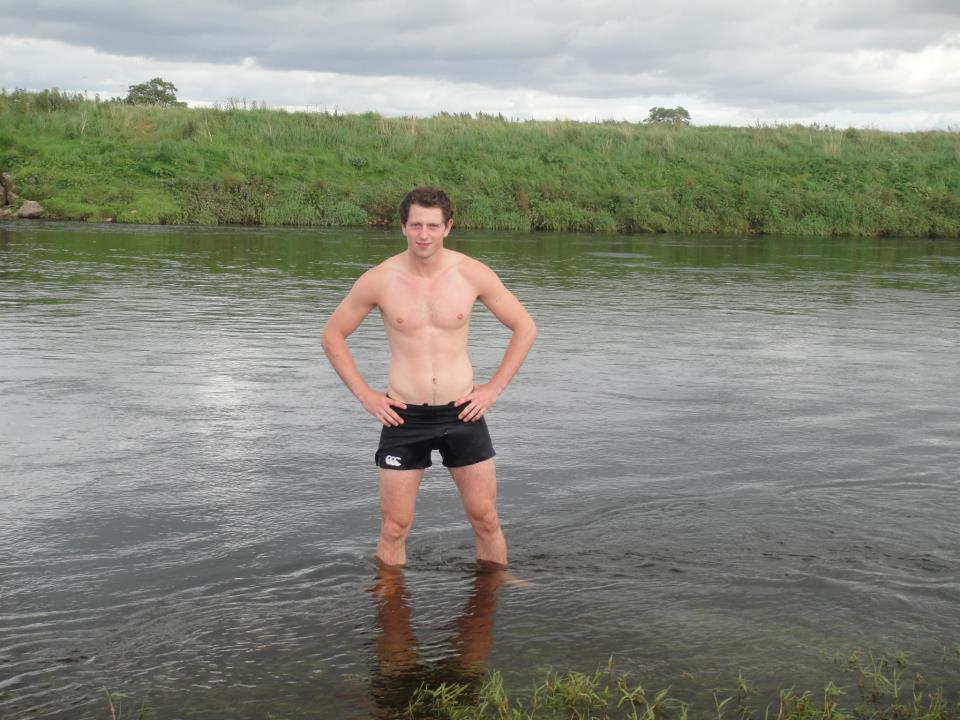 Collingwood’s ‘Talismanic Leader’, James Currie, was on the losing side for the fourth time in three years against Bede. At least he’s got a cracking tan.