This weekend Van Mildert’s catering staff congratulated students living in on reducing their waste from 30.25 litres to 12.25 five days later, supposedly as a result of awareness raised throughout Durham’s Environment Week (incidentally, this coincided with National Sausage Week).

In fact, this amount of waste was most likely an anomaly due to ‘Meat Free Monday’- observed in many colleges in the University last Monday as part of a global campaign aimed to show the detrimental environmental effects of the meat industry.

While in theory a good idea, taking away hoards of 20 year olds’ fry ups was arguably always going to cause some discontent. The reception of the endeavour was largely negative, one rugby player described himself as “fucking fuming” when faced with veggie sausages in the morning.

This continued for hundreds of students who were “rudely denied” meat for two more meals throughout the day. By the end, one member of the catering staff commented on the amount of food thrown away at the end of meals, saying it was the most she’d ever seen.

Students who saw the sign at the end of the week felt “patronised” by the commending of their waste reduction, “I don’t care so much about the meat but I’m pissed off that they seem to think we are so stupid to believe that we’ve chucked away less food as a result of this campaign, when actually they served us shit food for a day and no-one ate it” said Joel, a finalist. 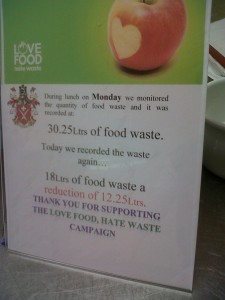 A comment on the Mildert Facebook group that said “Meat Free Monday can suck my dick” amassed a large like count, though wasn’t well received by members of the college’s Green Comm.

While nobody would argue with their commendable efforts to raise awareness about the environment, and most are impressed by the events they organised, the massive amount of waste suggests this particular attempt didn’t work, and has divided opinion. The Tab spoke to members of the college about how they felt that day.

“I don’t see why not eating meat for one day makes a huge difference- you can easily substitute it and it only has benefits for the environment as well as your health,” said Hannah.

Jonny however was outraged. “They gave me a plate of carbs. So I committed carbicide, AND got fat but was still hungry 5 minutes later. I had to go and buy a toastie- the queue was longer than I’d ever seen it, but at least Shop Comm adapted to the climate of meat-starved hysteria that swept through college- ‘Meat Feast’ toasties were on offer. Overall I was very upset.”

Alex wanted to know how lunch managed to cost the £5 quoted by the college, and claimed lack of choice was the main reason she was displeased. 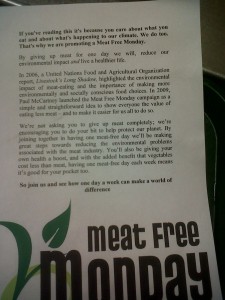 Ryan commented, “I don’t mind cutting out meat for one day, if the choice of vegetarian food had been at least half decent. What they did offer us would not persuade anyone to go veggie.” Dan agreed, “College Quorn chicken tastes shite.”

Sarah poignantly stated in a state of sausage-deprived rage, “I am literally gagging for it.” 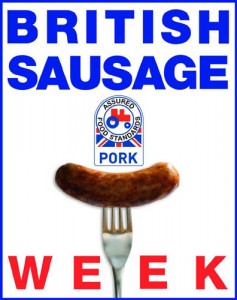 On a more serious note, Jasmine, a vegetarian for 18 years said “Forced vegetarianism will only work if the choice of food is something other than stereotypical brown rice and bean dishes.”

The majority of Mildertians when polled about how they’d feel should it become a regular occurrence did not react positively- “Expect riots” one warned. The Tab has been assured that it was a one-off, possibly just as well given the environmental implications if such a high amount of waste is repeated.