The Tab chats to producer Will Hockedy about FTC’s upcoming production of Good Grief.

Why did you decide to put on this production?

The show was originally staged at the Edinburgh Festival Fringe 2012 by Gone Rogue Productions. Our Musical Director, Dave Collins, went to see it one night and enjoyed it so much that he ended up going back to see it another four times! He sunsequently got in touch with me and asked if Fountains Theatre Company could put it on. After a few enquiries with the writers (Lucy Hughes and Stephanie Amies), we secured the rights to perform the very first production of ‘Good Grief’ outside Edinburgh! The show’s so hilarious and the characters are perfectly rounded and believable without being caricatures, so for me the decision to put on ‘Good Grief’ was a no-brainer!

Can you summarize the story for us? 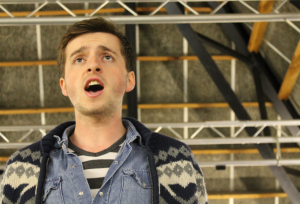 The show is set at the funeral and the wake of Richard Miller, the estranged father to the three siblings in the show, Charlotte (Lottie Rugeroni), Freddie (Russell Lamb) and Tilly (Izzy Osborne). Charlotte and Freddie are at their father’s funeral, along with Charlotte’s long suffering husband Phil (Sam Harper-Booth), whilst Tilly is nowhere to be seen. The atmosphere is very tense, and when a stranger bursts into the funeral, it appears that she has got the wrong place. However, she turns out to be Sam, Tilly’s feminist vegan lesbian lover, which is strange because Tilly had never shown any signs of being a feminist, a vegan or a lesbian! Freddie meanwhile has his own problems, in the shape of his coworker Miranda (Livia Carron), a rather hot blooded cougar, who seems to be fixated on strapping him down and doing unspeakable things to him. Back at the wake, once Tilly has finally turned up, all hell breaks loose, fuelled by copious amounts of wine and the hash cookies that Tilly brought back from Amsterdam. Mistaken phone calls, a rogue chicken leg and an untimely visit from Miranda all contribute to a resounding conclusion where everything is brought out into the open and the three siblings start to reevaluate their life choices and goals.

What’s your favourite moment in the show?

I think I probably have two favourite moments, one 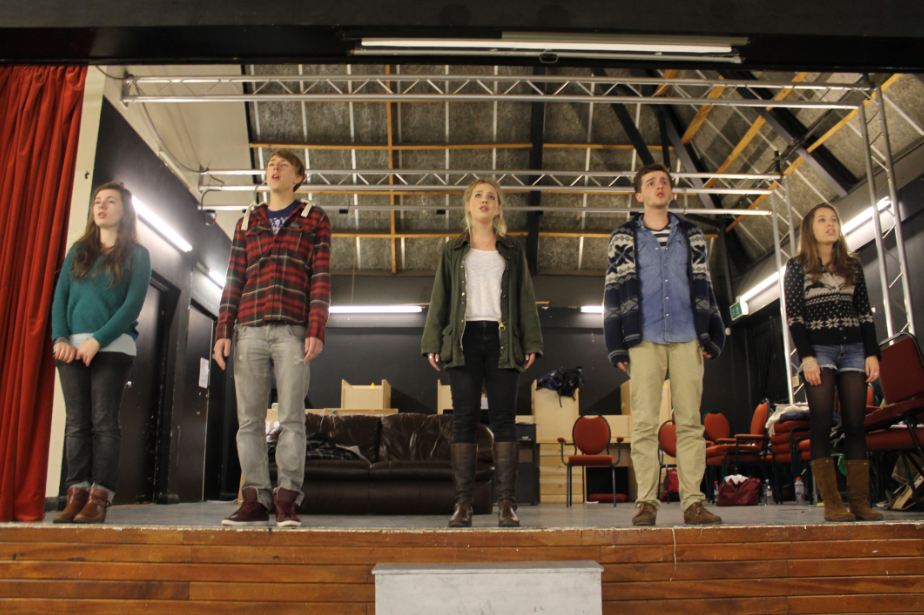 of which is in the show, and one of which is not. Before the show starts, the audience is led to their seats by the siblings, welcoming them to the funeral. We have managed to borrow a coffin from a local funeral directors, so that when the audience enter, the atmosphere will be incredible, it’ll feel like a proper funeral, with dim lighting, the coffin in the centre and organ music quietly playing in the background, it will really set the stage for what’s to come! In the show itself, there’s a moment towards the end of the show where Miranda tries to seduce Freddie with a very seductive and flirtatious number. It’s very different to the rest of the songs in the show, you can expect feather boas, crazy lighting, sexy background dancers, Miranda being absolutely outrageous, all whilst Freddie is sitting awkwardly in the middle of it all!

In five words, why should people come and see Good Grief?