DUCK Expeditions : Not all what they’re quacked up to be ?

As a Durham student, I regularly find garish yellow coloured emails from DUCK, the Durham University Charity Kommittee, in my inbox. The one this week particularly caught my eye. Under the tagline #thebestwaytospendyoursummer , it was promoting their annual summer expeditions, which this year are heading to such gap-year travel favourites as Tanzania, Peru and India.

Advertised on these posters, which are scattered around Durham, feature sun kissed students in bikinis grinning on beautiful beaches. It’s a far cry from the harrowing television charity appeals that we see from the real front-lines of human tragedy and for me it doesn’t sit right. 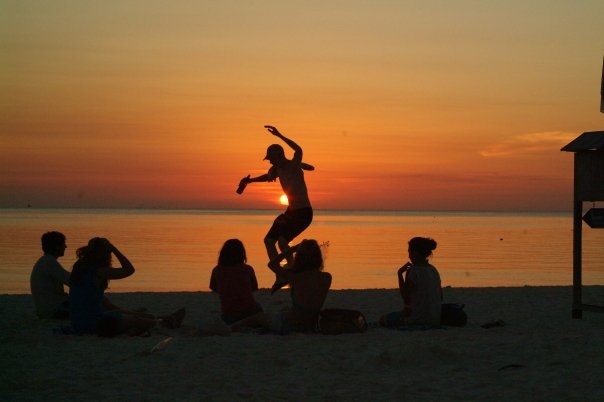 It strikes me that a huge part of what DUCK expeditions involve, is a chance for a group of very privileged, young, almost exclusively white people to visit interesting places and do enjoyable things. For instance: as part of this summer’s DUCK trip to Nepal, the volunteers, funded by other people’s donations, went white-water rafting.

Regularly, not even half of the money raised as a result of these expeditions sees its way to charities. Of the £69,000 raised by the DUCK holiday to Tanzania last summer, only £30,000 ended up going to charity, with the rest spent on travel, accommodation and other expenses for the participants.

How much more effective would the fundraising be, if all this money was simply given to charity directly? How hypocritical of DUCK to openly support campaigns like the university’s Environment Week, as well as a number of conservation charities, but not bat an eyelid at jetting groups of people all over the world, contributing to the release of huge amounts of environmentally damaging gases.

Occasionally it seems that the students on expeditions actually do something that resembles charity work – after they’ve finished taking photos of themselves looking deep for Facebook – helping on a building project for example. Durham students though, are not, as a rule, particularly skilful builders. It would be much simpler and do far more good to send money, and not people, to these places, which would not only contribute to the success of a project, but would give local tradesmen more work and an enriched life.

It also strikes me that many people, although by no means all, who take part in DUCK expeditions, do so to pad out their CVs; using their supposed philanthropy as leverage when applying for positions at Ernst & Young, or some other gigantic, soulless corporation. DUCK is in fact sponsored by KPMG, one of the world’s largest financial services companies, concerned through its very nature,in the maximisation of profit -whose logo it proudly displays on DUCK’s website.

KPMG have in recent years been mired in a number of scandals involving unfair treatment of clients, tax evasion and bribery. Make of that what you will. If comment on lack of financial transparency is the order of the day, it is worth pointing out that the figures that DUCK quote for their annual fundraising comprise, in no small part, money raised by Durham students through events that have nothing to do with DUCK.

Donations at college balls, the university fashion show and library fines are all ways in which Durham students commendably raise money for charity with DUCK putting in no work at all, yet they still claim the fundraising as their own. Look on their website, the figures are plain to see.

The nature of DUCK needs a rethink. The expeditions, for one thing, need to significantly change in their nature or be scrapped altogether. The DUCK motto is “get involved.” It’s plastered all over the internet, on posters in every college JCR and bar and shouted at you to the point of tedium by people at freshers’ fairs, university events and even on the streets.

“Get involved” implies a mindless, headless chicken approach to throwing yourself into charity, but helping others is something that should be approached with sincerity and real consideration. Only then can it be achieved most effectively.

There are some elements of DUCK, however that should be roundly praised. This weekend sees their annual November Jailbreak challenge. Last year, Jailbreak participants raised £10,900, of which 97% went directly to charity, while other DUCK organised events such as Blind Date and club nights boast similarly impressive statistics.

As Durham students, almost all of us are considerably better off, in financial terms at least, than almost everybody else in the world. It is this kind of charity, with genuinely effective giving to those in need that we should advocate and, hopefully, as far as possible, engage in ourselves.

To bastardise a Dickens quote, charity begins at home, not on a jumbo jet to South America. As such, we should all think hard before “getting involved” in some aspects of DUCK.