Snow is go for Palatinalps 2013

The first snow has been reported at Alpe d’Huez, venue for the 2013 Palatinalps trip

With Palatinalps 2013 just over two months away, the resort of Alpe d’Huez has seen its first dumping of snow ahead of the new season.

It might have only been a few centimetres of the white stuff that fell yesterday, but we can rest assured the huge resort is on its way to readiness for the invasion of 1500 of Durham’s finest in the new year. 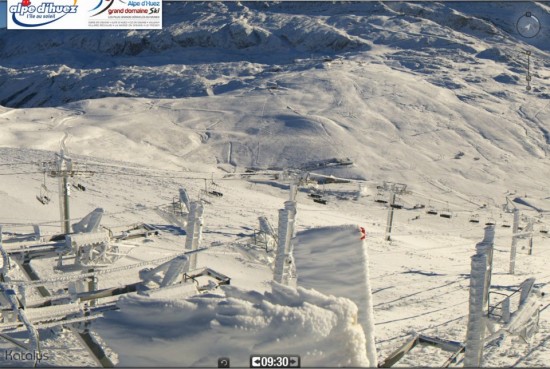 What more could you want?

The resort, about 60km south-east-ish of Grenoble, is forecast to have snow on Wednesday and Thursday again this week.

The first lift won’t open until Thursday 6 December, so there’s plenty of time for more of that powder to build up.

The event is, of course, sold out, but you can join the waiting list in case anyone drops out (unlikely…)

The Tab will be bringing you all the Palatinalps news you could need ahead of the trip. In the meantime, follow the event on Twitter, like the team on facebook, and enjoy the launch video.