At 1am tomorrow, the last of three presidential debates will take place between the beleaguered incumbent Barack Obama and All-American cyborg Mitt Romney. 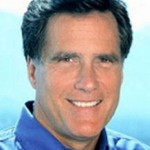 With the faded suburban countenance of Barbie’s dad, the Romnoid has been effectively crafted by Bain Capital’s engineers into something presentable. There is an air of affability about his farmyard grin and his power hair-do has the resounding firmness of the Hoover Dam. But stare long enough into those soulless eyes, deep into the chrome pit, and you will know true fear.

Romnoid has also done well avoiding the miry residue of the Bush Jr. era. His PG-presentation of trickle-down economics has proved palatable and dodged the lasso of ‘cowboy capitalism’.

Be that as it may, George Bush lives on in this motorised exo-skeleton by other means. Like the former Republican president, Romnoid can be susceptible to moments of pure idiocy and below are merely the tip of the iceberg.

N.B For all his mechanical charm, Romney will have neither the golf swing nor the sense of occasion that Dub-ya did. 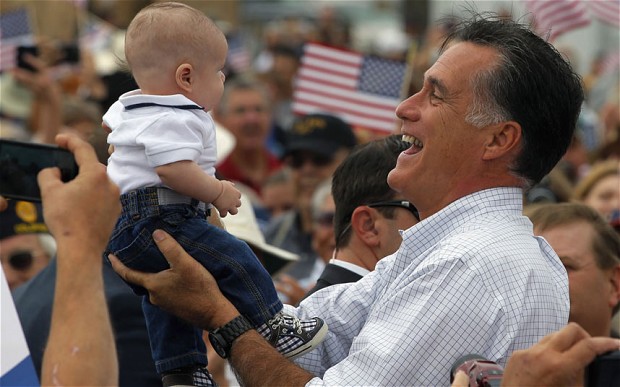 Multicultural Romnoid: During a photo-op with a group of Africa-American children at a Martin Luther King Day parade, Romnoid filled the awkward silence before the flash by chanting, ‘Who Let the Dogs Out?’

Romnoid the physicist: After wife Ann Romney’s plane was forced to take an emergency landing due to concerns about a fire onboard, Romnoid voiced his concerns. “When you have a fire in an aircraft there’s no place to go. You can’t find any oxygen from outside the aircraft to get in the aircraft because the windows don’t open. I don’t know why they don’t do that. It’s a real problem.”

Traditional Romnoid: In an attempt to showcase his patriotic values, Romnoid’s campaign adopted the phrase, ‘Keep America American’. The catchy jingle was formerly used by the Klu Klux Klan in their 1924 publication, ‘Why you should become a Klansman’.

Romnoid, man of the people- When addressing a boisterous crowd of NASCAR fans, Romney broke the ice with, “I like those fancy raincoats you bought, really sprung for the big bucks”.

When asked later whether he followed NASCAR, Romney replied, “I have some great friends who are NASCAR team owners”.

Romnoid the animal-lover- Animal rights group PETA criticised Romnoid for strapping his dog to the roof of his car for a 12-hour journey and hosing it down at intervals to clean away any defecation. The governor responded with a flash of logic; “PETA is not happy that my dog likes fresh air.”

Romnoid the tactician- After criticizing Obama’s relations with Israel, Romney provided his own take on the Middle East. “We kick the ball down the field and hope that ultimately, somehow, something will happen to resolve it”. 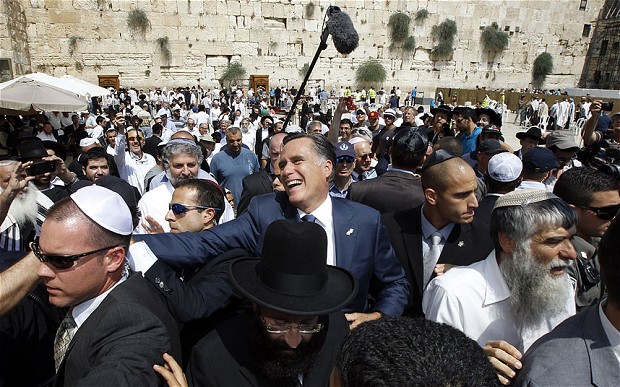 Through the Sea of Gaffilee

Incredibly Romnoid’s vulnerability to stupidity has been relatively insignificant and he stands within grasping distance of the most powerful position in the world. According to a CNN poll, the candidates are now at a dead heat with voters.

But as the inimitable Sarah Palin once said, ‘polls are for strippers and cross country skiers’. Now we must pray that Moose-hunting pitbull had some capacity for reason.