Tone Deaf Theatre Company set some very high expectations for this production of Jason Robert Brown’s extremely popular ‘The Last 5 Years’, but thankfully I can quite confidently say that […]

Tone Deaf Theatre Company set some very high expectations for this production of Jason Robert Brown’s extremely popular ‘The Last 5 Years’, but thankfully I can quite confidently say that they certainly did not disappoint.

The show, a series of solo songs, tells the story of Cathy Hyatt (a failing actress) and Jamie Wellerstein’s (a rising novelist) five year relationship.  The story is told from two chronological perspectives, with Cathy beginning the show at the break-up and ending at the first encounter, and vice-versa for Jamie. Therefore, the only moment in which the two interact on stage is in the middle – the marriage. 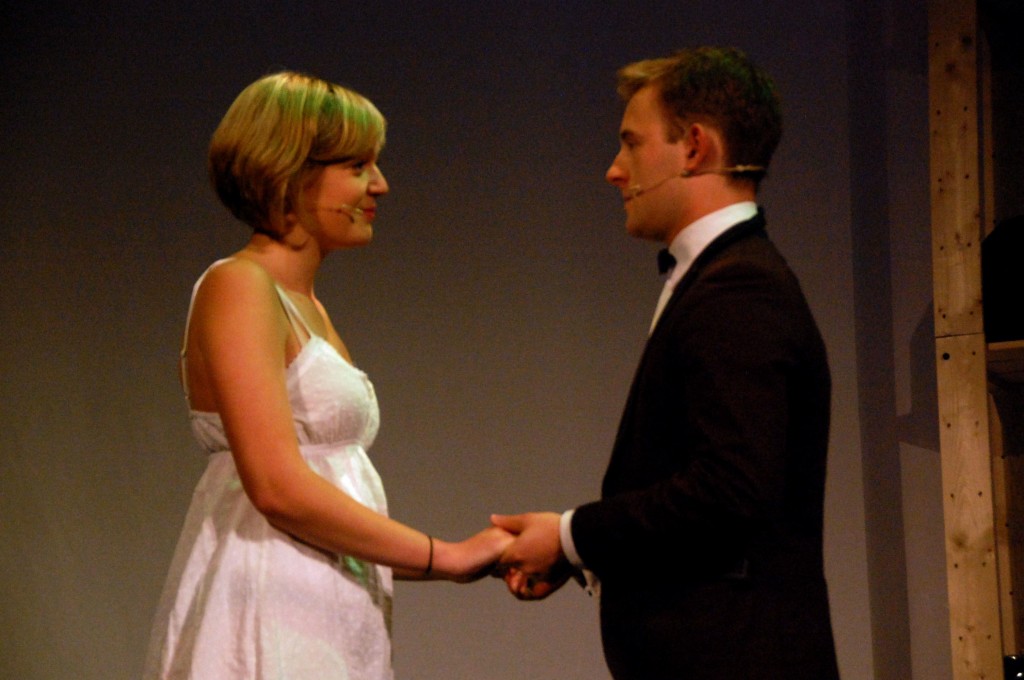 Whenever a production involves only two characters an initial worry is that one will outshine the other, however this was definitely not the case. Nat Goodwin and James Hyde complimented each other brilliantly and delivered fantastic and varied performances, highlighting both their strong acting and singing abilities.

Although a few nerves were visible in both of their first songs, they very quickly brushed these off as they eased themselves into their characters and showed off their impressive vocal ranges.

Hyde was especially convincing in his more emotional songs such as ‘Nobody Needs to Know’ and ‘If I Didn’t Believe in You’, where he was able to showcase his natural acting ability. Goodwin particularly shone in her more comical songs, such as ‘I Can Do Better than That’ and ‘Climbing Uphill/Audition Sequence’, where I also particularly liked the director, John Muething’s addition of interaction between

Cathy and the orchestra. I would have liked to have seen a little more anger behind ‘A Part of That’, as portrayed so successfully in ‘See I’m Smiling’, but felt that this was perhaps only due to the glass of wine slightly inhibiting movement. 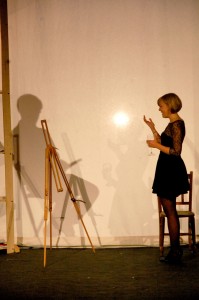 Muething and his production team must also be highly praised. The set was so simple and yet possibly one of the most effective I have seen, merely incorporating two tall bookcases on either side of the stage, one for Cathy and the other for Jamie. I was slightly worried that this would mean the two characters would only stay on their respective sides of the stage and it could become static, but this was not the case and it was clear throughout that the pair had been directed extremely well, which is not an easy task when the actors are so exposed.

I did wonder if perhaps the element of the story being told in different chronological orders could have been highlighted more at the beginning for those who would have no idea, however I did very much like how the letter was utilised as a focal point from the beginning and end.

Chris Guard and his orchestra were excellent and partnered the actors brilliantly. As always, Daniel Gosselin’s lighting mirrored the production perfectly and the whole of the technical side of the show worked seamlessly. I especially noticed that the microphone levels were just right, something that can so often be an issue when musicals are being staged at The Assembly Rooms! 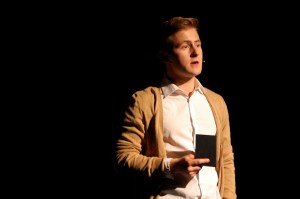 As a true Jason Robert Brown (and in particular ‘The Last 5 Years’) fan, I cannot recommend this production enough. It does unquestionably exhibit some of Durham University’s finest musical theatre talent, both on stage and off and I cannot wait to see what TDTC bring to the stage next time!