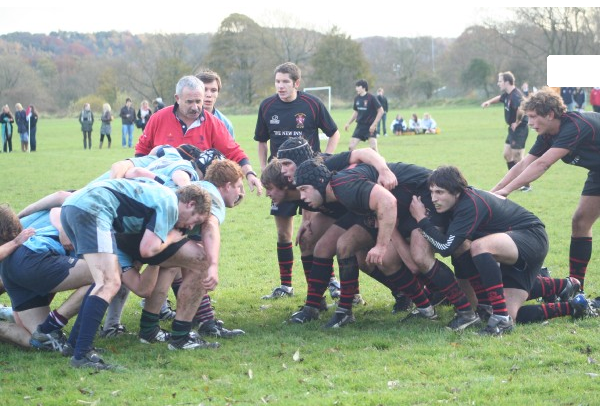 Grey’s rugby team is keen to bounce back after a disappointing last season, and all the right signs are being shown after a tight game against Hild Bede.

The club was in dire need of a good haul of rugby Freshers due to some noticeable departures last year and the new batch have not disappointed. Characters such as the noticeably 117kg Lynne Leigh and BOD-Job have served not only to improve the clubs ethnic diversity, but also add strength in depth where we had little before.

The trial game served up some very good rugby from both sides. The game was divided into thirds to ensure all people could play a bit of competitive rugby before the season gets into full swing. Initially the two fresher teams battled it out fairly evenly with some flowing rugby.

The Hild Bede centres proved to be very competent and managed two scores by spreading the ball wide. However Grey’s fresher forwards proved very strong and after numerous penalties Tom ‘Shockwave’ Parsons bundled over at the back of a maul.

The second third saw an increase in the physicality from both sides. The Hild Bede centres, again, took the lead in handing out big hits, giving the featherweight Paddy Halliday a torrid time before Josh Smith took the reins.

Smith proved as talented as ever at avoiding all physical contact which served to increase the speed of the game further. It was Grey’s turn to be giving away numerous penalties however, before Bede finally managed to convert from a bouncing ball.

The final third of the game was as close as it came to two full strength teams, though there were a few very noticeable absences from both sides.  The majority of the final third was spent in the Bede half. Unfortunately Grey were not able to convert the amount of territory and possession into points, despite numerous penalties inside the 22 and a great deal of pressure put on the Bede try line.

The game finished with Bede finally breaking away, demonstrating that in a broken field they are still very much a force to be reckoned with. This attack was just about caught and the third ended scoreless.

The game had achieved all that Grey had wanted it to, and demonstrated that the Fresher intake is very competent and can raise their standards in a game situation. It also confirmed that Grey this year have potential to be very successful outfit and hope to be a force to be reckoned with across this season.

A Grey-t start but the hard work is just about to start with the opening fixtures commencing next weekend.