OLLIE SILVERTON takes a swig from the blood, sweat and beers from DUHC preseason

While many of us are relaxing at home until early October and eagerly awaiting the arrival of Freshers’ week, the best of Team Durham are hard at work in their pre-season working off that holiday weight and getting back into the swing of things.

The Tab caught up with Jamie Hyder and Sophie Barton, both 2nd team players and current DUHC ‘hottest item’. 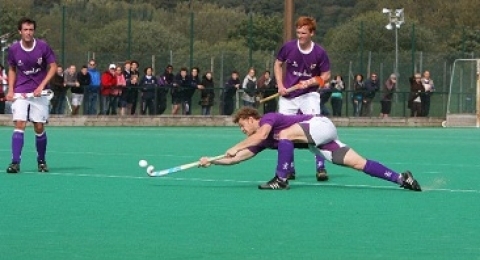 A lot of work goes into flicks like this

Jamie spent most of pre-season “at others peoples houses playing FIFA and beer pong championships”.  These ‘atheletes’ are pretty serious about their sport.

The popular Dun Cow pub on Old Elvet where the men of the club spend their Wednesday evenings has also seen some action. It serves as the venue in which freshers get to grips with the club rules. Being new in the club is a position Jamie can remember only too well from just a year ago.

Our hero had a monumental climb up the hockey ladder from being a distinctly average and overweight centre back (with an awful lid) for the 4ths to becoming a regular in the 2nds backline in only three months. This year was a big step up for him and he said he was “relieved” that there was a new coach at the helm to give him a fresh start at DUHC.

Five weeks for a uni 2nd team is excessive

Sophie has a similar pre-season routine to Jamie. She asssured The Tab that “the girls know how to party too” and that pre-season involves some serious “refreshment” and “warming up to Gangnam Style”.

Sophie (or ‘Barts’ as she’s known to her friends) said pre-season is very beneficial and would be happy to do it again. Although she said five weeks for a University 2nd XI was a bit excessive, the camaraderie in the club soon developed.

DUHC is aiming for similar levels of success as last year. That’s as long as our talented players can keep their eyes and hands off each other and focus on the task ahead.