A New Chapter for Durham

You only need to take one look around the streets of Durham to see the ubiquity of cafés and coffee shops. One man has decided to shake this all up. The owner of veteran coffee shop Chapters has taken the plunge in offering something different. I joined him this weekend at the opening of Split & Glory – Durham’s first specialised ice cream parlour and milkshake bar. 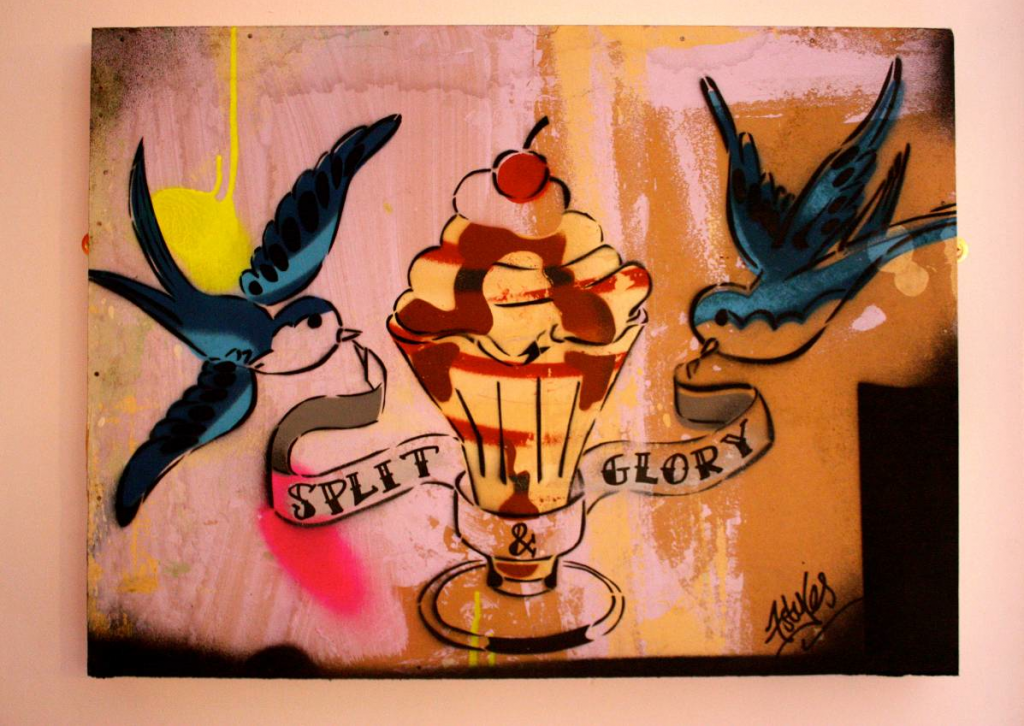 After questioning students and locals last year, Gary Summers and his team of family and friends finally chose on the All-american inspired venture. The team sought to create something really unusual for Durham and I saw firsthand on Saturday that they really had done it. The top floor of Chapters has been renovated and transformed into an almost unrecognisable dairy palace. 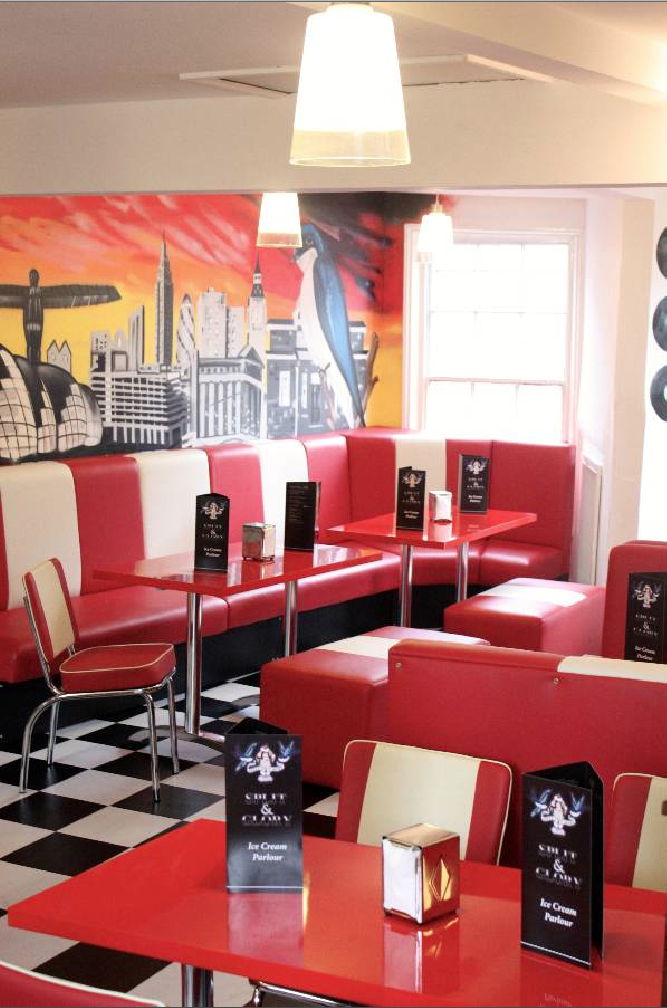 Split & Glory boasts 22 award-winning flavours ranging from peanut butter brittle crunch to popcorn and cinder toffee. Standard favourites such as chocolate and vanilla of course also make an appearance. These flavours are served simply as they come in a cup or cone or manoeuvred into myriad sundaes, milkshakes and glutinous creations. There is also the flexibility to go off piste with a ‘Make Your Own’ option, offering the customer a chance to create whatever they fancy with the ingredients available.

An artist, who uses solely spray cans, has designed creative graffiti to decorate the two rooms. The same young artist has also pioneered a project getting kids off the street and into art, offering legal graffiti and art classes for youngsters in the North East. Bold colours, designs, lines and images transform the rooms successfully. 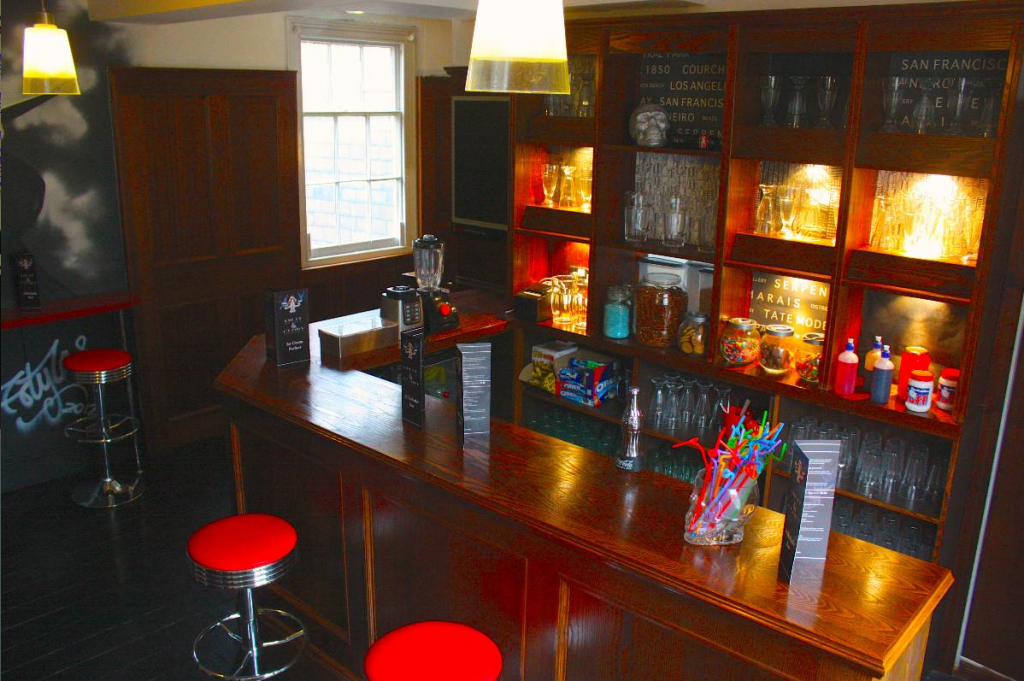 I really do hope that for this friendly family run business trade picks up fast.  Made with only natural products and without artificial flavours the ice cream used is of the highest quality from local dairies; the very same dairies in fact which serve Selfridges and British Airways Club cabin.

I hate to say it but the proof really is the pudding so go and try for yourself!