With my childhood dream of becoming a Blue Peter presenter lodged somewhere in the back of my mind, but knowing it was against the odds, I applied for a work placement with the BBC’s Blue Peter.

Student summer jobs with the BBC are notoriously hard to get – each role advertised for July and August receives literally thousands of applications. Whilst I stood a good shot at getting into less popular departments at the Beeb, like religious radio and Information and Archives, the seven-year-old inside me insisted I gave Blue Peter a shot. 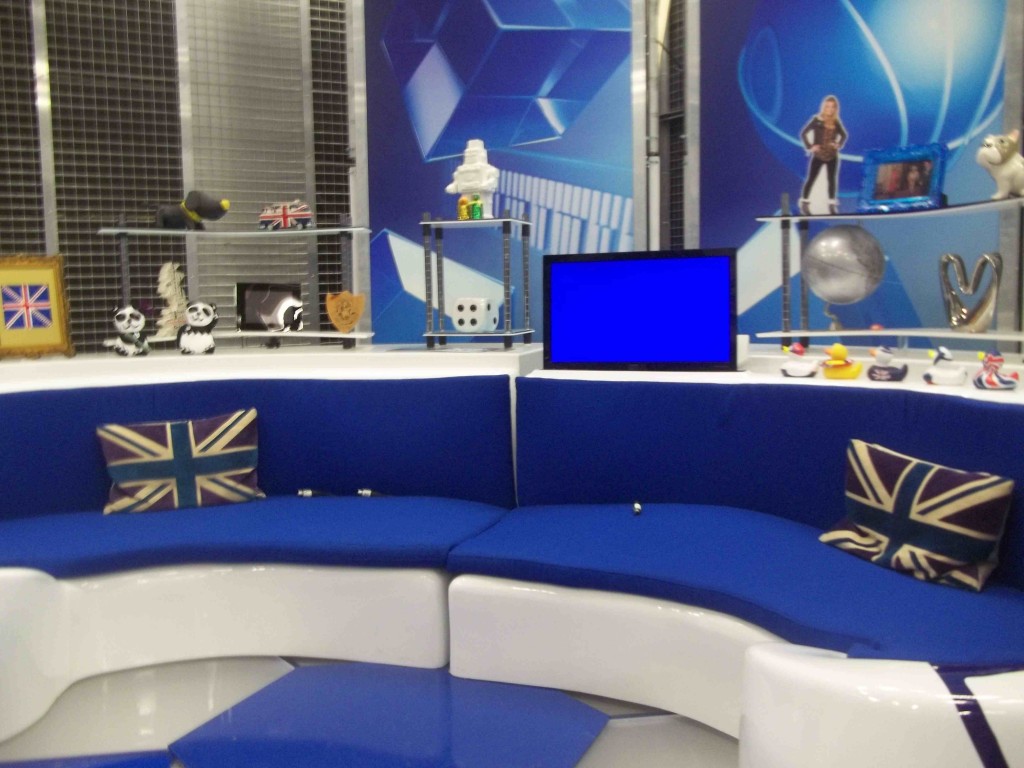 in a sea of blue

I submitted my application and forgot about it for months, assuming that the role would be taken by an outstanding professional, with heaps of TV experience. You can imagine my surprise when I got the call asking me to start at the world’s longest running children’s television programme in August.

My role was titled ‘Production Assistant’ which works out as being somewhere in between a studio runner and researcher, though the placement is designed to be as comprehensive in TV production as possible. The work itself was varied, fast paced and always fun.

For the first half of my placement I assisted the Studio and Badge teams, which involved managing sets, scripts, props, guests and brand image at Media City UK. For the second half of the placement, I worked with the Film and Development teams, whose job it is to brainstorm research and then make features for the show.

This involved lots of practical work – from making the ‘here’s one I made earliers’ to travelling around the country to film on location with a presenter. There is no time for being star struck in this job – Helen Skelton and Barney Harwood quickly became my colleagues, and work involved the names Tulisa, One Direction and Victoria Justice on a day-to-day basis.

‘I even got to pin a Gold badge to Jaqueline Wilson’

I even got to pin a badge on Jacqueline Wilson (after I’d bumped into Gok Wan, John Bishop and Gary Linekar in the star dressing room corridor. The novelty of ‘celebrity’ must wear off pretty quickly if you want to be successful in TV.

One of the most fulfilling parts of working for the BBC is the environment at Media City UK. The development is gorgeous and is a totally innovative use of work space, so there is little wonder that the likes of ITV and Channel 4 are following suit and making the move up North. 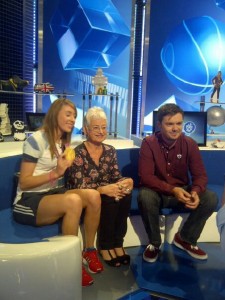 I particularly enjoyed hot desking in the Blue Peter office – sitting with the head editor one day, and a 23-year old graduate the next gave me a really good idea of where I could fit into the BBC. This is the best way to get into any telly job. By nature telly people move between shows frequently – get in anywhere, and you’ve got a leg up on the competition.

Starting my TV career at Blue Peter was the best way I could have hoped to spend my summer – and the prospects of returning to the BBC after I graduate are looking very good.

Live telly jobs are stressful ones, but they are not without their perks. Between champagne Fridays in the office, some wild nights out and the chance to meet some of my TV idols, what started as an application on a whim has turned into a real opportunity. I am excited about the media production & management career in front of me, and would encourage any aspiring media mogul to get some telly experience under their belt.