The Tab look at what student theatre’s on at the start of this term – in the Assembly Rooms and beyond.

The Tab look at what student theatre’s on at the start of this term – in the Assembly Rooms and beyond. 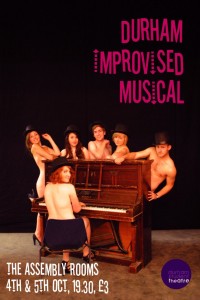 Some first years might already recognise DIM from a fresher event in college. BUT if you’re college wasn’t lucky enough to book these guys, don’t worry – they will be in the Assembly Rooms on the weekend.

A brand new musical improvised purely from your suggestions, this show is like no other. Durham Improvised Musical is just what it says on the tin. The audience gives them a name of a song, a starting location and the title of the show and from that they create a brand new musical in front of your eyes. With a team of six performers and one pianist DIM has performed musicals such as ‘The Secret Life of Fleas’ or ‘The Devil Finds out He’s Gay’ in locations such as a cheese factory, Klute and a family planning clinic. 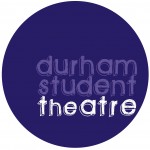 Here’s an important one for all of you Freshers! Get yourselves down to the Assembly Rooms (its on the Bailey, right opposite Hatfield). Here the Durham Student Theatre Exec will tell you everything you need to know about their society. From acting, to producing, directing, tech-ing, and everything else in between. Followed by a social at Varsity.

The Dumb Waiter
By Harold Pinter.
Presented by NADSAT Productions.
Directed by Charlie Oulton with Michael Forde and Xander Drury in the cast. 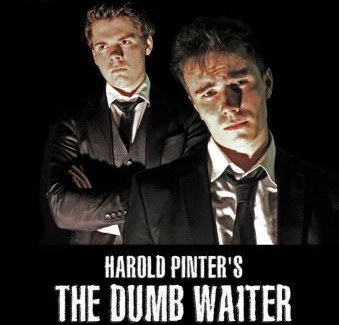 Pinter’s acclaimed one act black comedy – Ben and Gus are waiting for an assignment. The brooding Ben reads the paper. The twitchy Gus fails to flush the toilet. Once the oddness of their surroundings escalates and the dialogue turns ever more absurd, the mysterious unspecified “job” draws nearer. A masterclass in taut dialogue and shifty, shifting dynamics.

Once Upon a Time
Presented by Shellshock! – Improvised Comedy 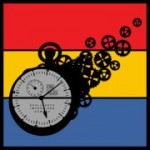 on back in Durham for one night only, having received two stars from Edinburgh Fringe Review (‘great potential’) and a 3 star review from Broadway Baby (‘reasonably innovative’).

Update your favourite tales and send the characters on a trip through time as they show you the story of the Three Little Tudor Pigs or Cinderella in the 80s. Described as equally suitable for children and adults in touch with their inner child, this performance will take your suggestions of a classic tale and an iconic moment in time and combine the two to create a story never seen or heard before. 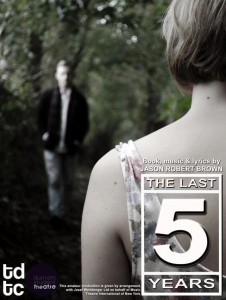 Jason Robert Brown’s intimate and moving musical The Last 5 Years explores the five year long relationship between struggling actress Cathy Hyatt, and ascending writer Jamie Wellerstein. Both hilarious and then heart-breaking at times, the show follows the falling in and out of love of the two young New Yorkers, progressing in reverse chronological order for Cathy – from the break up, to the first time the pair meet – and in chronological order for Jamie – beginning with his encounter of Cathy, to the relationship’s sad conclusion.

Condemned to show tourists around one of Britain’s most insignificant historic properties, a property in which nothing whatsoever has happened for the last five-hundred years, tour guide Lettice Douffet snaps and resolves to create her own history of the House. Needless to say she is promptly sacked by the Trust and propelled into a hilarious downward spiral of melodrama, middle-age despair and frighteningly real Civil War re-enactments.

Fresh from the Edinburgh Fringe Festival where it received four stars from The Tab (https://thetab.com/uk/durham/2012/09/30/a-wilde-adventure-salome), Kronos Productions presents a revival of Salome.

In an intense and controversially relevant portrayal, Kronos Productions exposes the victimisation of women in a gripping and violent version of Oscar Wilde’s infamous, once-banned tragedy, pivoting round madness, sexuality and power struggles in the Middle East. Performed in Lord Alfred Douglas’ original English translation, the play follows the infamous biblical character Salome, the stepdaughter of the tetrarch Herod Antipas, and her descent into a madness from which she takes desperate measures to escape, culminating in a gruesome and fatal request.

Other theatre in Durham…
The Gala Theatre is busy theatre wise in October! They have The Loneliness of the Long Distance Runner by Pilot Theatre running from Tuesday, 9 October until Saturday, 13 October.

As part of the Durham book festival a production of Carol Ann Duffy’s Rapunzel by balletLORENT and Northern Stage will be at the Gala from Thursday, 18 October until Saturday, 20 October.  The poet herself will be doing a reading on Friday, 19 October at 18:30

Also at the Gala, Wisecrack Productions are presenting Amazing Grace on Wednesday 24, October and Thursday, 25 October whilst (last but not least) the Gala Theatre Stage School, fresh from their summer production of Miss Saigon, will be performing Musical Madness on Wednesday 31, October.