In these bleak times of Oswellian austerity where all that awaits graduates are soup kitchens and workhouses, financial security is at the forefront of students’ minds. But rather than toil through part time jobs or burden themselves with debt, some are electing for a more unconventional method by seeking out the attentions of a Sugar Daddy.

A Sugar Daddy is a senior gentleman who prefers relationships with younger women and is happy to devote some of his income to ensuring the privilege of that women’s company. Depending on circumstances, the ensuing ‘sponsorship’ agreement can range from the Sugar Daddy paying for the girl’s fancy meals and shopping sprees to covering her university tuition fees. What the men receive in return is entirely up to their Sugar Baby’s discretion but the unwritten rules of social decorum suggest one’s undergarments are not likely to remain entirely unbreached.

According to one of the most popular dating sites for orchestrating such agreements, seekingarrangements.com, the number of students with the proverbial sweet tooth has ballooned this year. Nottingham University claimed top spot with 61 student members using the site. Durham University, meanwhile, houses 15 sugar babies.

Though well versed in the concept of golddigging, some Durham students have expressed distaste towards a relationship concept that relies so overtly on financial interaction. One third year student urged for a line to be drawn at what she described as “ill disguised escorting”. She also found issues with the terminology, “you have middle aged men introducing themselves as Sugar Daddies. Who do they think they are? Willy Wonka.”

“I’ll never get my head around selling yourself – and your dignity – to a desperate man whose only asset is money”, is the opinion of Durham Alumni and former Tab columnist, Alex Mansell.

“Everyone involved in the process is delusional – trust, mutual enjoyment of company and a genuine spark can’t be paid for. If the girls think they’ll find fulfilment humouring an older man, they should probably reassess their priorities.” 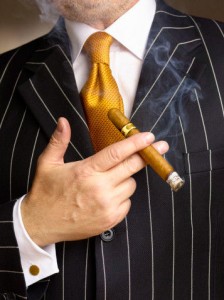 The methods used by Sugar Daddies to attract youngsters aren’t quite Hansel and Gretel. Speaking to The Sun, a 51-year-old hedge fund manager named Alex offered prospective sugar babies a glimpse of the Good Life. “I can take you to places you’d never dreamed of. Holidays all over the world, dinners in top restaurants and if it gets serious,” he added gushing with romance, “monthly financial support”.

Fantastical prospects such as these have proved enticing for some students. Tina, a film student in London, claimed it took her a month to find the right man on seekingarrangements.com. Afterwards, they entered into a mutually beneficial agreement where she was paid £2,500 a month for various expenses. “He drove a Bentley and took me to some amazing places”, she recalled. “I remember seeing in 2012 drinking champagne in front of Rome’s Trevi fountain and thinking, this is the life”.

DSU Education and Welfare Officer, Jenny James, has called for students finding themselves in economic difficulty to seek financial support from the university, not Sugar Daddies. “I’d encourage any student thinking of signing up to these sites to first see their senior tutor or one of the advisors at the DSU” she added.