Cressida Peever took some time out from flyering at this year’s Edinburgh Fringe to watch Hyena Theatre Company’s ‘Cut!’.

Cut!, one of the many Durham offerings at the Fringe this year is, primarily, everything that it professes to be. This play about a play depicts the stress and anxiety that comes with putting on a production. There is comedy, romance and a twist – the perfect ingredients for an enjoyable hour, although perhaps it requires something more to be truly delicious.

The piece’s greatest virtue is its ability to laugh at itself. The characters are clear exaggerations of the ‘thesps’ (to use the play’s own expression) that typically tread the boards; from the self indulgent professional actor to the overly nonchalant assistant director, the characters are a melodramatic, yet insightful, portrayal of a contemporary cast. The actors’ strong characterisation is the true success of this piece, portraying characters that one might stereotypically think of as being involved in a play. 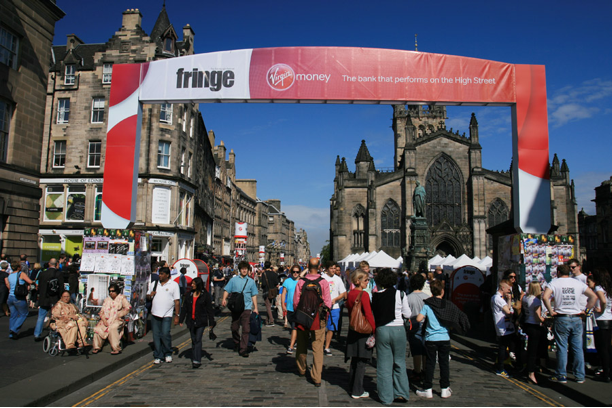 This melodramatic approach does not work so effectively for the storyline, in which all calamities imaginable occur, including ruined costumes, an actress’ departure, an angry boyfriend and quarrels amongst the cast. This frantic sequence of events conflicts with the realism of the vocabulary used. Furthermore, there are several points in the script where the attempt at realism in the dialogue becomes so realistic that it is merely ordinary, and risks losing the interest of the audience. Luckily, the swift pace of the play allows these moments to be fleeting.

Additionally, the added element of romance between two of the characters is somewhat unnecessary and predictable. This particular element of the action reaches its climax in the form of a rather limp and awkward kiss, the anticipation of which is far stronger than the execution. For a play so geared towards exaggeration, this moment is an uncomfortable one for the audience, and, it appears, for the actors.

The concept, on the other hand, is very satisfying. Set in a theatre, the piece takes advantage of the entirety of the space, using not only the stage, but backstage and the auditorium for the action to take place. By presenting a play about the build up to a play, the writer imparts a situation reminiscent of A Midsummer Night’s Dream, but with a contemporary angle.

Unfortunately, spectators wanting to be surprised will be disappointed. Predictability is the main weakness of the piece, with the highly anticipated ‘twist’ falling short of expectations. For trepid audience members the piece is ideal, keeping you in your comfort zone culminating with an ending in which all loose ends are tied together neatly. Although well put together and very enjoyable, it requires something a little more special to seriously contend with other pieces at the festival. Having said this, for a new and original piece of writing it is to be commended, and the actors praised for their skills in portraying these eccentric characters.

What they said
**** Broadway Baby ‘hard pressed to find better value comedy’
* British Theatre Guide ‘You could hear a pin drop and an audience groan.’