I’ve just about finished a gap year spent doing the archetype activities: a ski season, travelling round Asia, and then backpacking round Europe. Not to say I’m unoriginal or anything, I just wasn’t too concerned with “discovering myself” or some other lame shit like that. To save you the year it took me to learn these vital things, I’ve helpfully packaged it all up:

No matter how much, or how little you eat, your food will disappear. I lived with three other guys in a ski resort, and it was a wholly accepted, yet unspoken, agreement, that everything with more than one serving was fair game. Obviously it requires a bit of arbitration, only a jumbo-dickhead would eat someone else’s steak. The trick is not to complain, but instead follow suit.

You Will Lower Yourself

From food to hygiene, and regrettably to the fairer sex; standards will suffer. A memorable low for me was eating what can best be described as a cheesy-meat f**kfest. Week old salami with leftover cheese microwaved for one minute and sprinkled with pepper. It was truly horrific, but frugal. Be prepared to do things your lovely Mother would weep at. Not washing your only towel for three months? No problem. Using deodorant to wash your clothes? Well obviously.

You Will be Scammed

Despite all the parental warnings, all that advice in Lonely Planet, the traps are hard to resist. My friend’s Dad lives in Tokyo, and he gave us some stern warnings about bars in this area, with the clear message being avoid like the f**king plague. Being young and naïve, we fell for the charm of a man who claimed to be from England and we found ourselves in his bar. £30 for as much as you can drink for an hour? Sounds good, right. Until you discover the venue is full of the seediest people you’ll ever set eyes upon. And, yes, I’ve been to a ping-pong show.

No Matter What, You will be charged for anything

You can fight it all you want, you can argue for hours, but you will never escape it. When I arrived at my room in France, the bed was sellotaped, yes f**king sellotaped together. After a multiple day bender I felt it was time to do something about the bed. The organiser responded by claiming I had somehow managed to break it by sleeping on the bed. In an exemplary demonstration of logic, the landlord had concluded that “a bed just doesn’t break”. 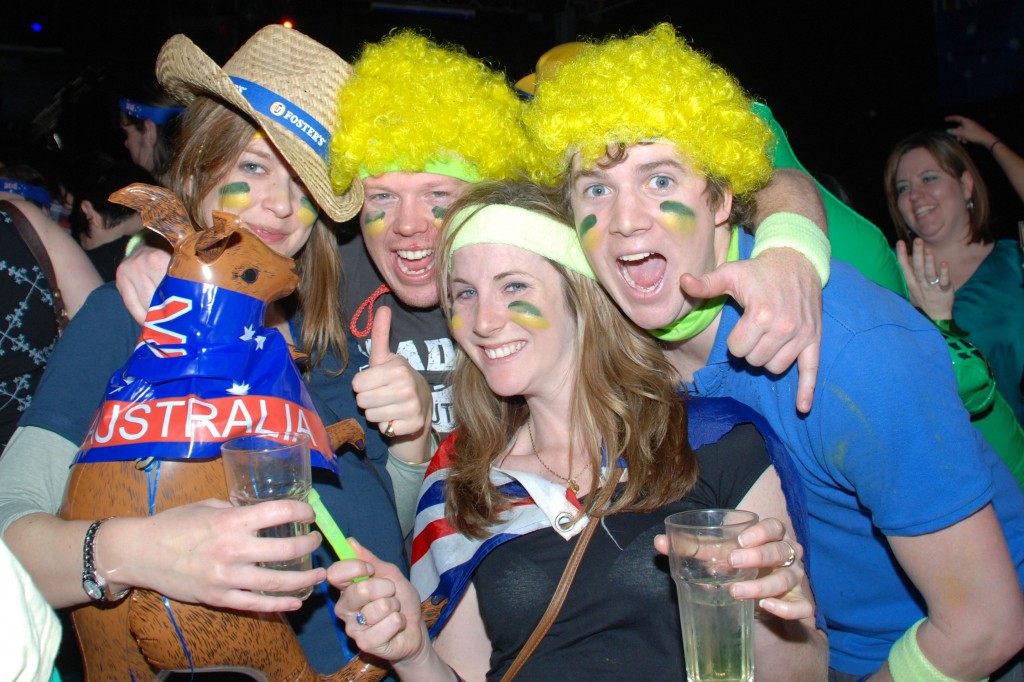 From the Alps, to Greece and then all the way to Hong Kong. Any place you go to, you will encounter them. No bad thing, I might add. They’re generally LADS who love to nail pints, and well, why not if you’re on holiday? An Aussie abroad can be identified by the fact they are loud, drinking at all times of the day and one member of the group will be sporting classic traveller’s attire. Think a frayed Thai Chang Beer/Red Bull tanktop. A strong f**cking look if there ever was one. 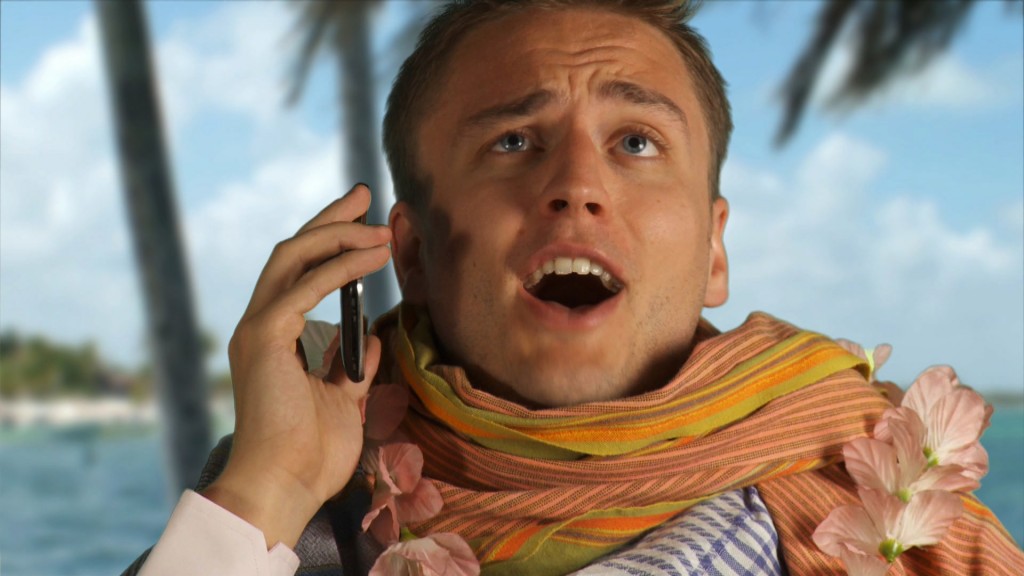 Apologies to all you social crusaders out there but this stereotype needs to be updated. No one cool ever wore Jack Wills or pastel coloured chinos. Right now it’s all about having a pseudo-dodgy haircut, preferably half your head shaved, a loose fitting vest, again likely from Thailand, and a cap worn backwards. This is the 21st century bitch, get with it!

Some Boredom is Inevitable

If you told me this time last year I’d get bored of skiing I wouldn’t have believed you. Let’s just say I skied more in my last family skiing holiday than I did the whole of my last month in France. Now obviously all the fellas reading this will say that you cannot get bored of drinking, and because I am such a gigantic LAD I would be inclined to agree with you. In all the places I visited, this was the one common denominator: getting pissed. 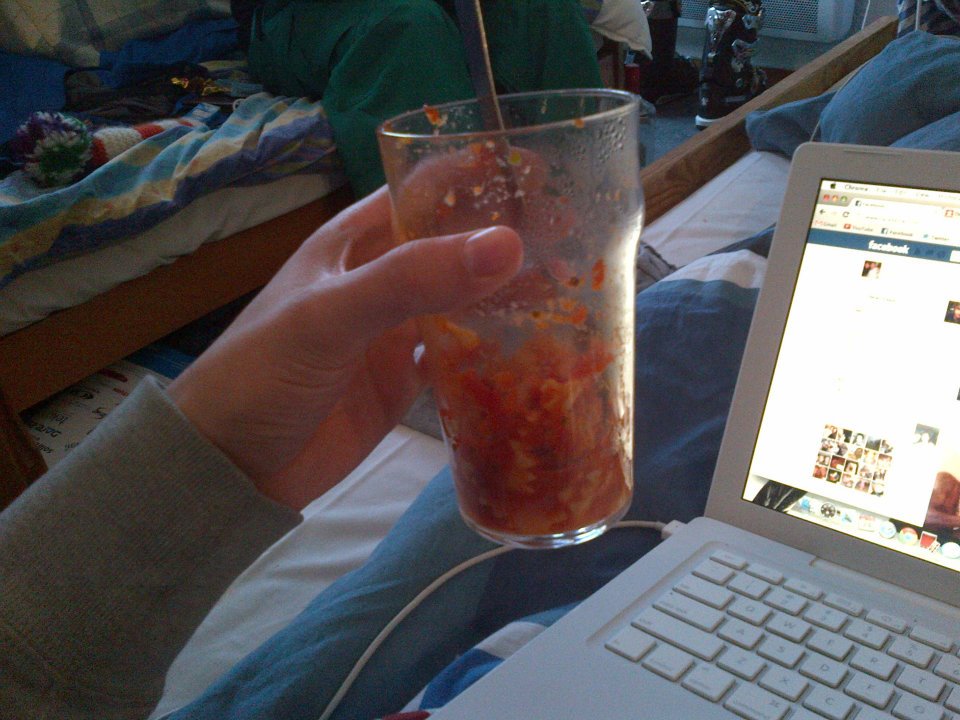 You will Hate Sharing a Room

Despite being a lot of fun, living with people has its downsides. The clearest one where your roommates will get in the way? Girls. Anything you do, with any girl, will be tomorrow’s gossip. That girl you went home with and you thought no one saw? Well your friends are currently comparing her to various animals to ensure an endless torrent of abuse. There’s also nothing worse than being notified that they were awake all night listening to you and your female companion cavorting.

You Will Fall in Love at Least Once

It will happen. However much you don’t want it to, it will. It’s sort of an inevitability; you’re away from home and girls who travel are just that much hotter. Particularly when they spend the majority of their time in a bikini and when alcohol is added to the equation. Anyway, don’t make the schoolboy error of falling for them too hard. Here’s the reality check: That Spanish girl you met in Thailand, well, she lives 800 miles away from you and speaks a different language. Odds are you’ll never see her again, especially when you told her you were 22.

Everyone Want to be Your Friend

It’s true. Being on a gap year instantly makes you 10x cooler than other travellers. You’re young, sponging off Mummy and Daddy, likely good looking and you’re on a year where the sole aim is to have fun. Who the f**k WOULDN’T want to be your friend. France is the only exception to the rule. Those who worked were bitter at us, who skied all day. Forget those with blatant chips on their shoulders though, they’ll just find something else to hate you for. Besides, they’re French.