Why, deep down, we all truly love DUSA

Who here isn’t friends with Ronnie Mcguinness on Facebook?

For some reason, unknown to me, every time I see or hear “DUSA the Union” I just think “DUSA the Onion”. I’m not entirely sure when this started or why, but it’s a habit I don’t see myself shaking anytime soon. If you really think about it the Union is similar to an onion in quite a few ways.

Like an onion, and an ogre, it is made up of many distinct layers, from the cringe worthy tunes of flashback all the way to, what I assume is, the Spotify playlist reused in mono every night.

Be sure not to misunderstand that joke as a criticism, I love the music in Mono and it’s a nice change listening to Spotify without the ads seeing as I can’t afford premium. Asides from being an onion the Union is also a brilliant place to get pissed on the cheap. I recently read an article which said that alcohol and energy drinks have the same effect on the brain as cocaine, which makes the price of a jagerbomb in DUSA seem even more value for money.

Now that I’ve compared the Union to an ogre and complimented it’s cocaine substitutes, here’s a few of the reasons it’s my go to spot in Dundee for a great night out: 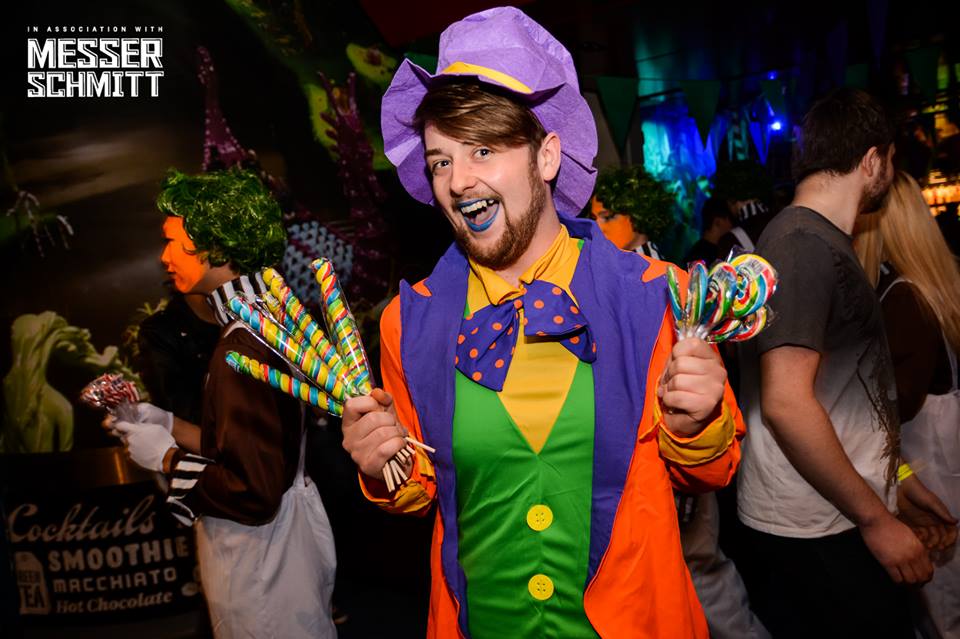 I have no idea what’s going on here. All I know is that I want to be a part of it

DUSA try really really hard with there events, don’t they? I mean who isn’t friends with Ronnie Mcguiness on facebook? The Halloween and St Patricks day parties put on by the union are legendary and sell out quicker than you can down the skittle bombs some random guy just bought you.

I vividly remember sitting rather contentedly at the Karaoke in Air bar, sipping on my third glass of free prosecco, just to hear “the free Dominos is here if you’d like to come get some” announced to the room. Downing the remainder of my drink, I grabbed a slice of pepperoni passion and made my way to the stage for an overly enthusiastic rendition of Seven Nation Army.

Truly one of those night I will never forget. Any business which can manage to get both the Chuckle Brothers and Cascada in the same building is somewhere I want to be. As much as older students will repeatedly tell you the Union had gotten more progressively shit over the years, I really don’t care as long as the free food and drink keeps flowing.

The drinks may well have gone up in price but I’m still having fun. 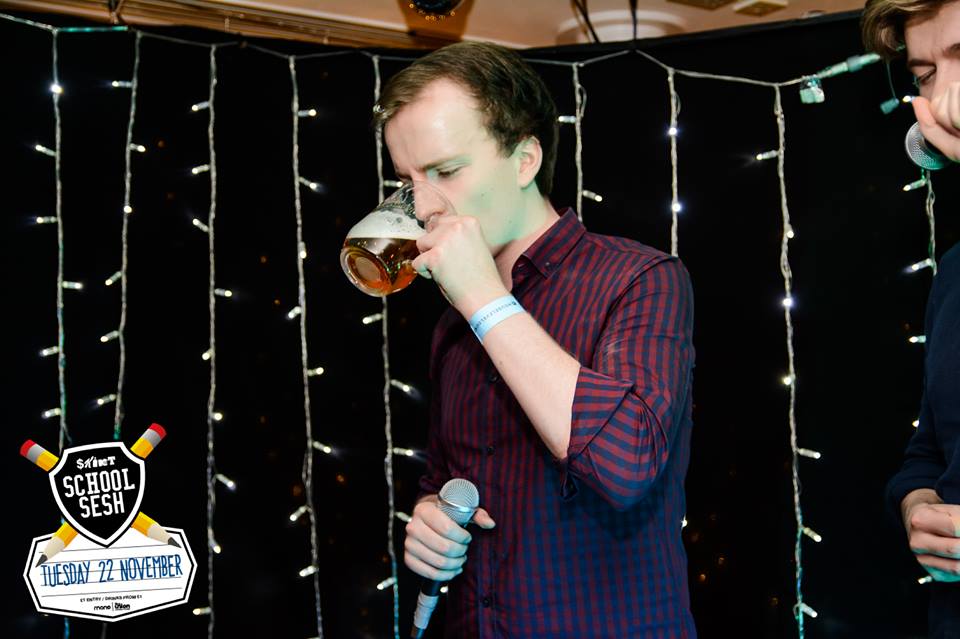 Hydration is the key to good karaoke

To be completely honest I’m not entirely sure of the prices of anything except for a pint, generally speaking because by the time I’m ordering anything other than a pint I’m usually past the point of caring all that much about price. I am, however, aware that the drinks are very cheap mainly because I have a tendency to buy drinks four at a time it usually comes out below £8.

This demonstrates the Unions true dedication to the well being of its student clientele; finding a balance between selling them adequate drinks to get them pissed and charging a low enough price that they can afford to eat the next day.

The only downside to this is that there is the potential for the night to go get quite ugly around 2:00am when you’ve had one too many off-brand sambucas from the shot girls hiding in the shadows waiting to strike at any moment. 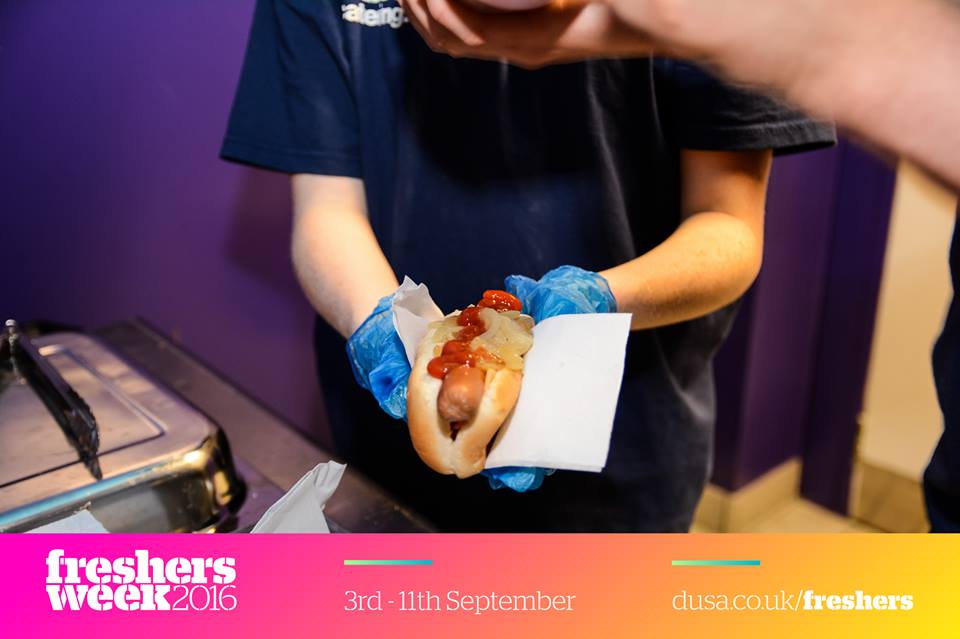 This is the best thing at the end of a night

Whether it’s the party classics being played up in Flashback, the Rock heavy nights of Distorted, or the singalong crowd-pleaser’s of Pop the Union isn’t short on variety. One minute you can be jamming out to Year 3000 by Busted and getting all nostalgic just to go down a flight of stairs to join the head-banging metal lover at Distorted.

After getting flicked one too many times by some guy’s surprisingly silky shoulder length hair you can take a short walk up to Air bar, which I am told is the only dedicated karaoke bar in Dundee. If listening to a pissed group of rugby lads singing “Never gonna give you up” while sipping on a long island iced tea isn’t your thing then you can head on down to Mono where there will either be singalong pop tunes or some great dance music being blasted out onto the packed dance floor.

The choices you have are truly immense, with something for everyone somewhere inside the building. 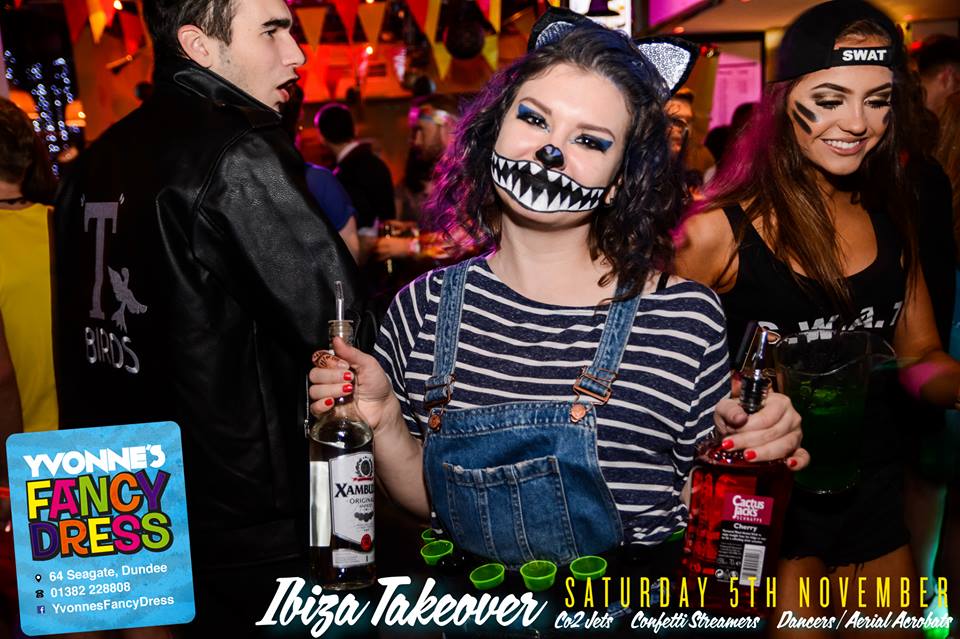 I distinctly remember there being real reindeer at the Christmas party in the Union once. There is the distinct possibility I had a bit too much at pre’s and was stood in the freezing cold petting a plastic model of a reindeer but I’m fairly certain they were real.

As you leave the building at the end of the night you are handed a free bottle of water and there is often a barbecue selling burgers and other drunk foods. The Union runs a complimentary bus which will you to pretty much anywhere within Dundee and have a deal in place with a local taxi company that if a student doesn’t have the money for a fare they can charge it to the union and pay it back at a later date. 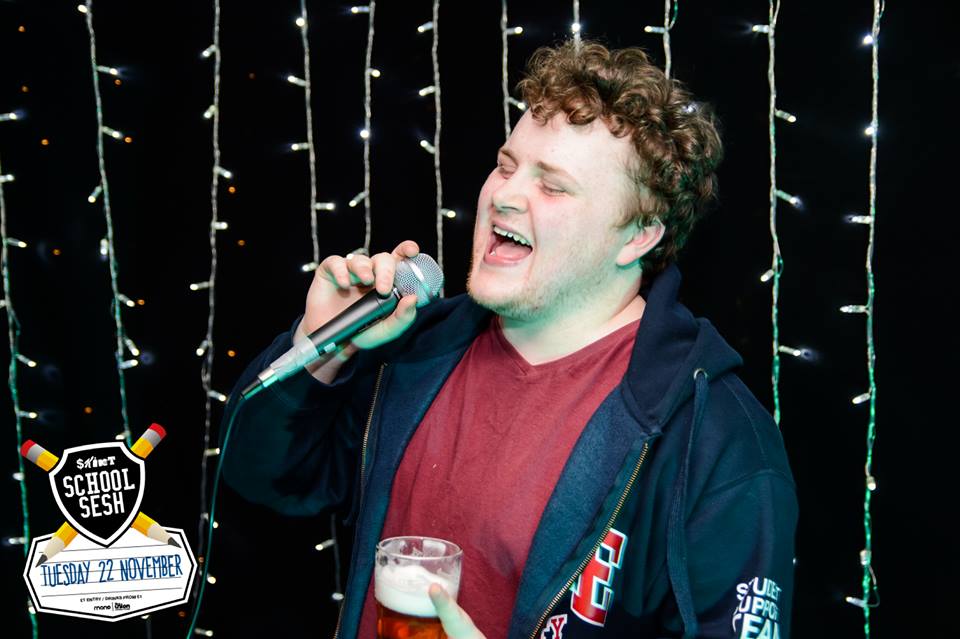 I told you I was having a good time

All joking aside they obviously do care about the students and that’s what makes it such a great night out.