An ode to the majestic, glorious wonder that is Liquid Dundee

We all know Liquid isn’t perfect, but that makes us love it even more

Liquid. The name alone makes you think of a small wannabe club packed with high schoolers. However, just mention this club to any Dundonian and just watch a smile come over their face.

The floors may be sticky, there may be a small chance you get bottled, you may have to rescue your friend from some creepy random who just won’t take no for an answer, but where else are you gonna go on a Wednesday night? ‘I hear Hector’s house is good’ some first year might say at pre’s, just to have ‘LIQWED’ screamed at them by someone more experienced. Who would want to go to Chunderground anyway? Who can afford it?

Liquid is the shining beacon of hope and cheap drinks. That old warehouse that sits comfortably next to Lidl and a strip club, calling all the lonely souls and sports teams towards it every Wednesday. ‘You can’t go to Liquid sober’, well I can honestly say there’s nowhere else I’d rather be shitfaced and here’s a few reasons why: 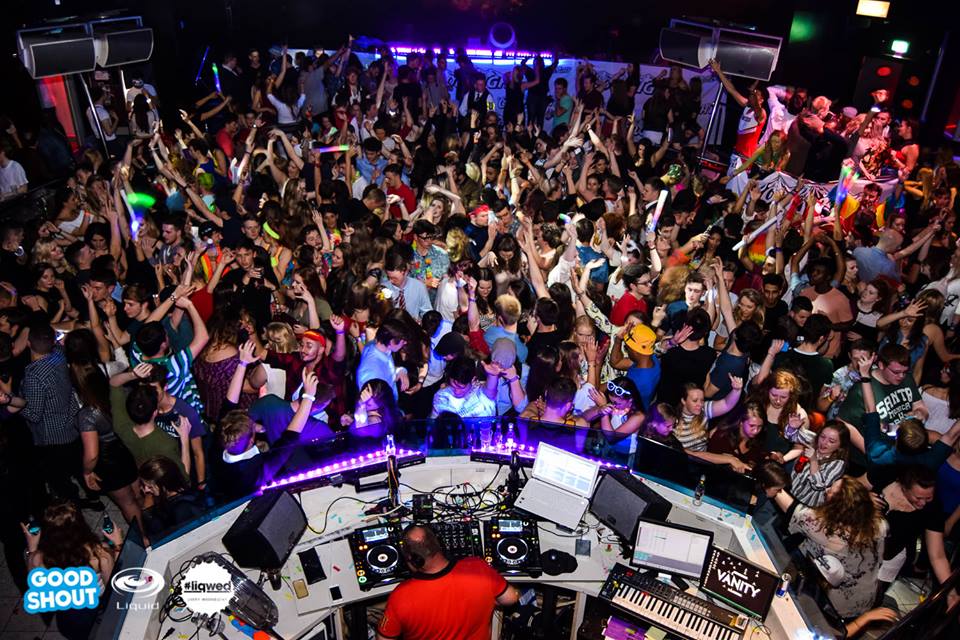 You can always rely on Liquid for some amazing tunes

What better place is there in Dundee to “Bump & Grind” with your mates, just for you all to belt out Mr Brightside moments later. The Union may have some absolute bangers but Liquid is just on another level. There’s something about that mixture of Rhianna, David Guetta and Basshunter that just makes a night even better. Topping it all with some Bieber, there really is something special about a room filled with a combination of locals, sports teams and borderline alcoholics all belting “Sorry” in unison. 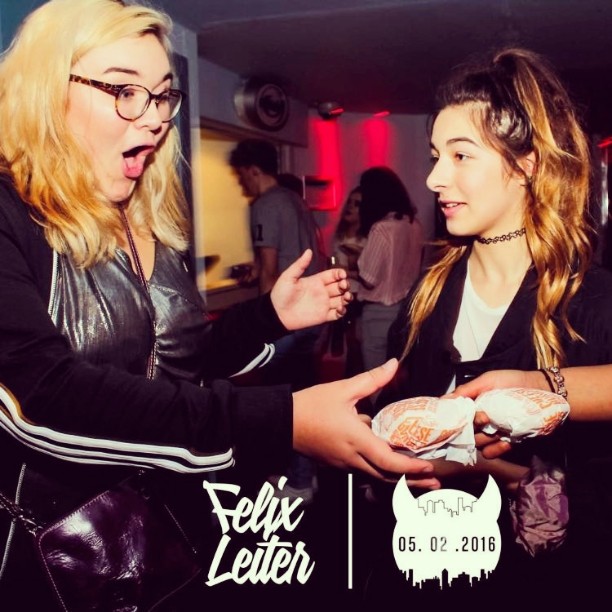 Let’s be honest, this would be all of us

“You can’t go to Liquid sober” is a common phrase around halls. As true as this may be, topping up on VK’s throughout the night is an essential to eradicate the smell of vomit when using the toilets. This is made much easier when standing beside some 3rd years screaming “STRAWPEDO” at some terrified fresher out for initiations.

You can relax with your bottle of cheap alcopop and take your time, or as long as your friends allow you before dragging you off to the dance floor again. The strength of their drinks is also something to be praised. When I order a double vodka I expect to have that feeling of an impending whitey right after drinking it, which you just don’t get with The Union’s “doubles”. 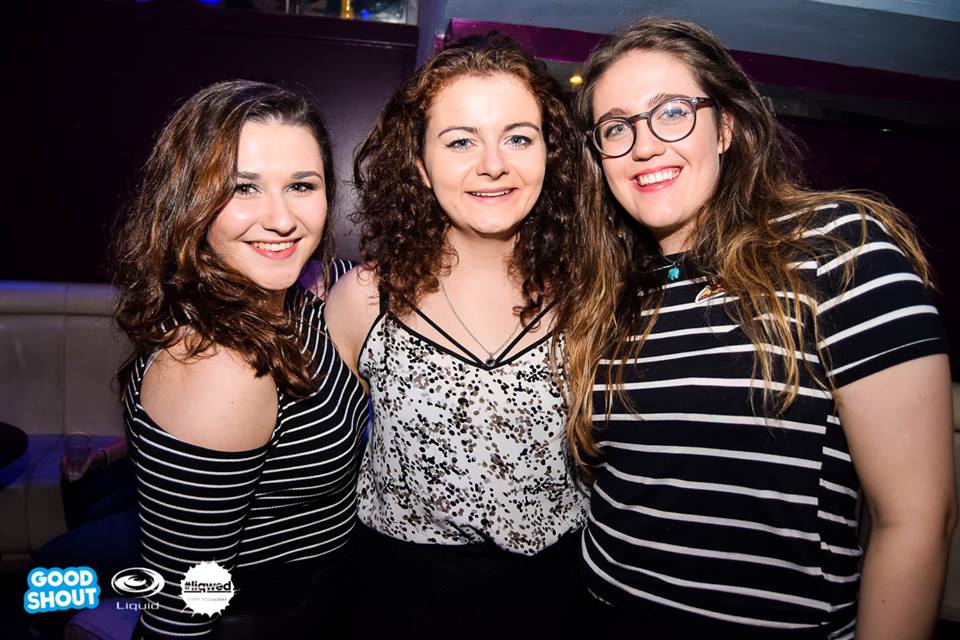 Friends from Liquid are friends for life

I have never been to a club where you can become such good friends with people in the toilets so quickly. Bonding over how disgusting the stalls are even though you’re both far too drunk to even care, or notice they’re so much worse than you thought. The very fact the stalls are big enough to accommodate two shows the clubs dedication to friendship, allowing you some company while trying hard not to think about what that suspicious looking fluid is on the floor.

On a Wednesday it would hard to miss the sports teams in shirts and ties, passing out in one of the aforementioned stalls during their initiation now a distant memory and one they will be happy to give to any fresher who wishes to join them. This is all aided by the fact that there is never more than one degree of separation between everyone in the club means all embarrassing drunken stories always come back to you, but that just adds to the fun. 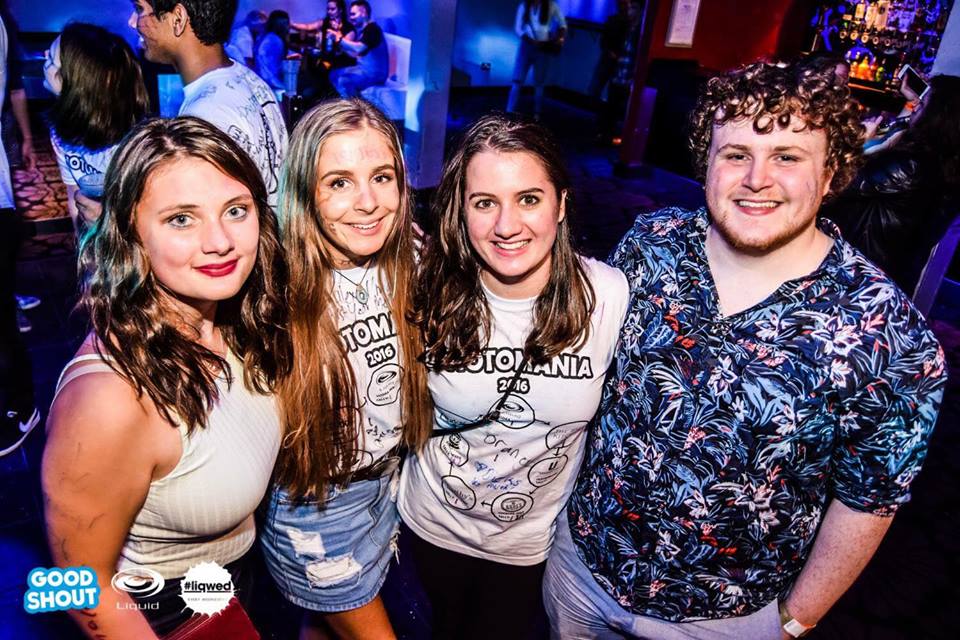 No initiation is complete without a stop at Liquid

There has to be something special about a club that occasionally gives out burgers from Mcdonalds for free at the end of the night. This sort of devotion to the drunken student is one of the many reasons almost every Gaudie and initiation ends at Liquid.

It’s nearly impossible to go to the club on a Wednesday from September to November without bumping into some society, course, or club shepherding a bunch of pissed freshers dressed up as something ridiculous and preferably embarrassing.

Double points for originality for guys in dresses and anyone dressed as Harambe or a Zookeeper with a rifle. 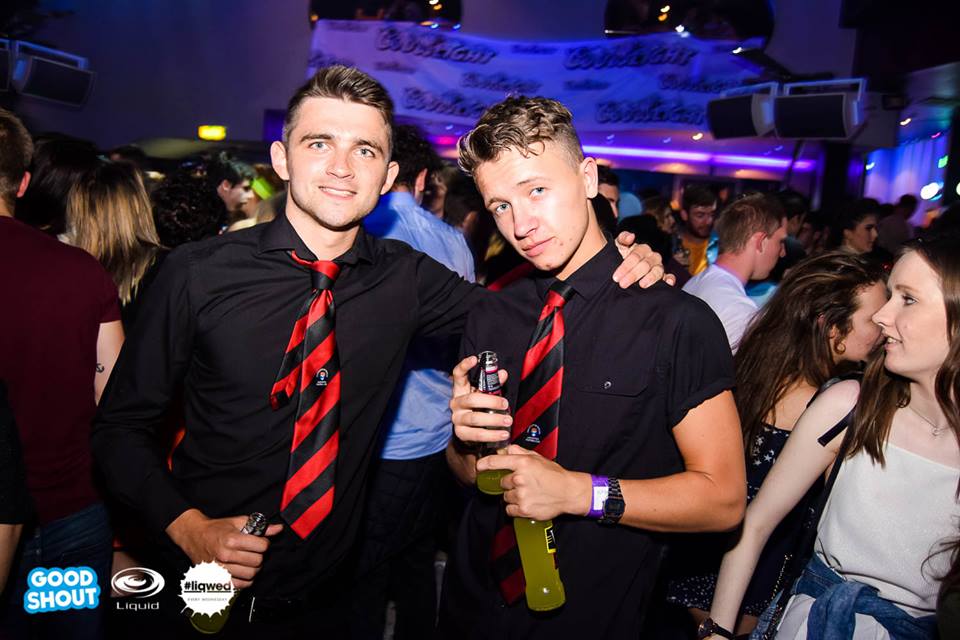 Sports teams and VK’s. The true essence of Liquid

We all know Liquid isn’t perfect, but that makes us love it even more. I mean who could be bothered getting all the way to the Reading Rooms or paying ridiculous amounts for a drink at Underground? Liquid is perfect for a great night out, and never disappoints.