Little Ireland, New Dublin, the leprechaun’s home away from home. It’s common knowledge that a huge number of expats make their way across the Irish Sea to the banks of the silvery Tay, but never is it more obvious than on the 17th of March. For every genuine citizen of the emerald isle, there are 50 more claiming their Irish heritage, and where more suitable for everyone to celebrate than the Union (oh, the irony).

Oh stop it, he’s undressing me with his eyes.

David Luiz enjoys the union’s atmosphere, but not its choice of music.

A selfie so good that a picture had to be taken of said selfie.

Jim Carrey just phoned, he wants his Riddler costume back

Not even drunk. Don’t know what you’re talking about. Stone. Cold. Sober.

These young ladies doing their bit to provide a bit of culture to the day’s proceedings, showing us a traditional Irish greeting.

Presuming that coffee has Jameson’s in it…

Yup, definitely had Jameson’s in it.

Guinness has never appealed to me so much before. 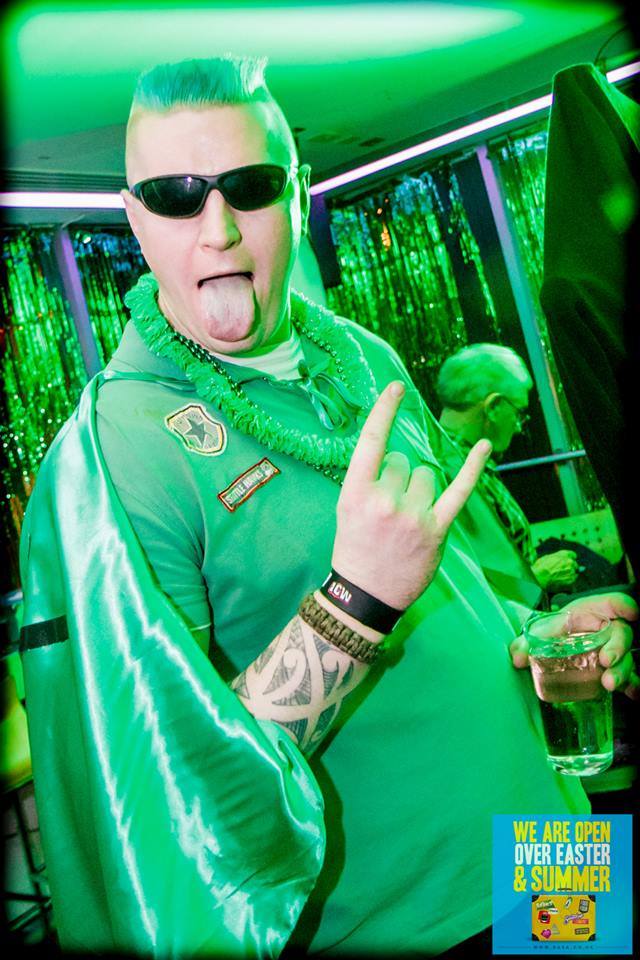 Scooter was disappointed to find out he was not headlining mono later that evening… and that it was not St Patrick’s Day 1997. 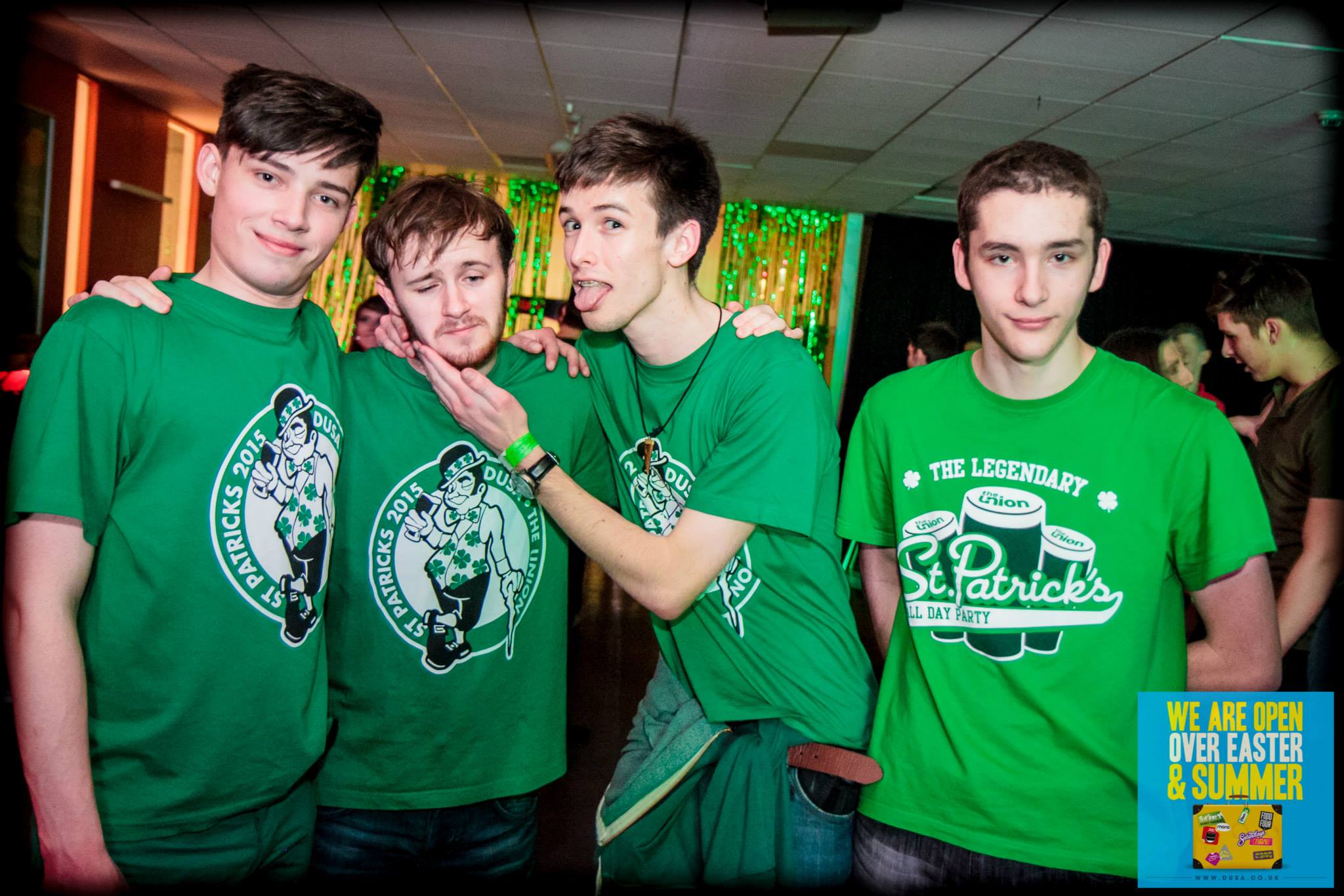 I really hope this lad recovers from his earlier disappointment 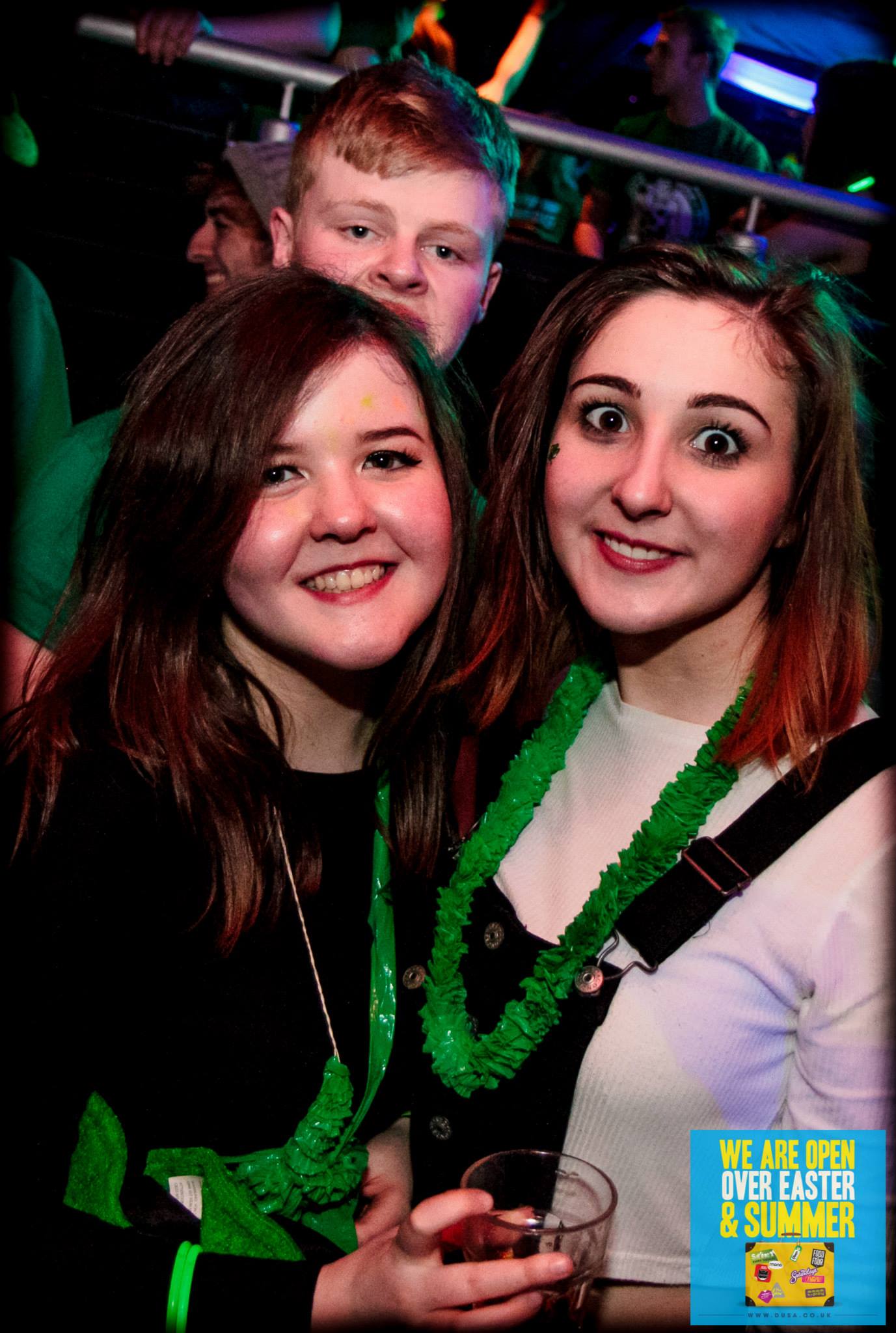 She thought she was attending the Reading Rooms, but her friends made last minute plans