‘I had sex in the Callice Court staircase’: the spiciest Cov student confessions

Pre drinking in your lecture is the one

You know how it goes. You're an innocent little 18 year old, fresh faced, birthed into the real world like a new born baby. And then you enter the steaming hell hole of sin they call university.

People are drinking 'til they puke and then they're drinking again. Your neighbours are pounding away next door in such a rhythm, you're thinking of making it the base to your new Soundcloud track and the white powder she's dusting away on her nose in the JJ's toilets is NOT make up.

Next thing you know, you're a 22 year old graduating (hopefully) and as you stand with your certificate in your hand, you're thinking about all the shameful secrets you've harboured over the years and the weirdest things you've witnessed.

But of course, you want to know more, because everyone loves a bit of debauchery. So here's some Covfessions from a whole host of badly behaved students:

I broke a dick and there was blood EVERYWHERE 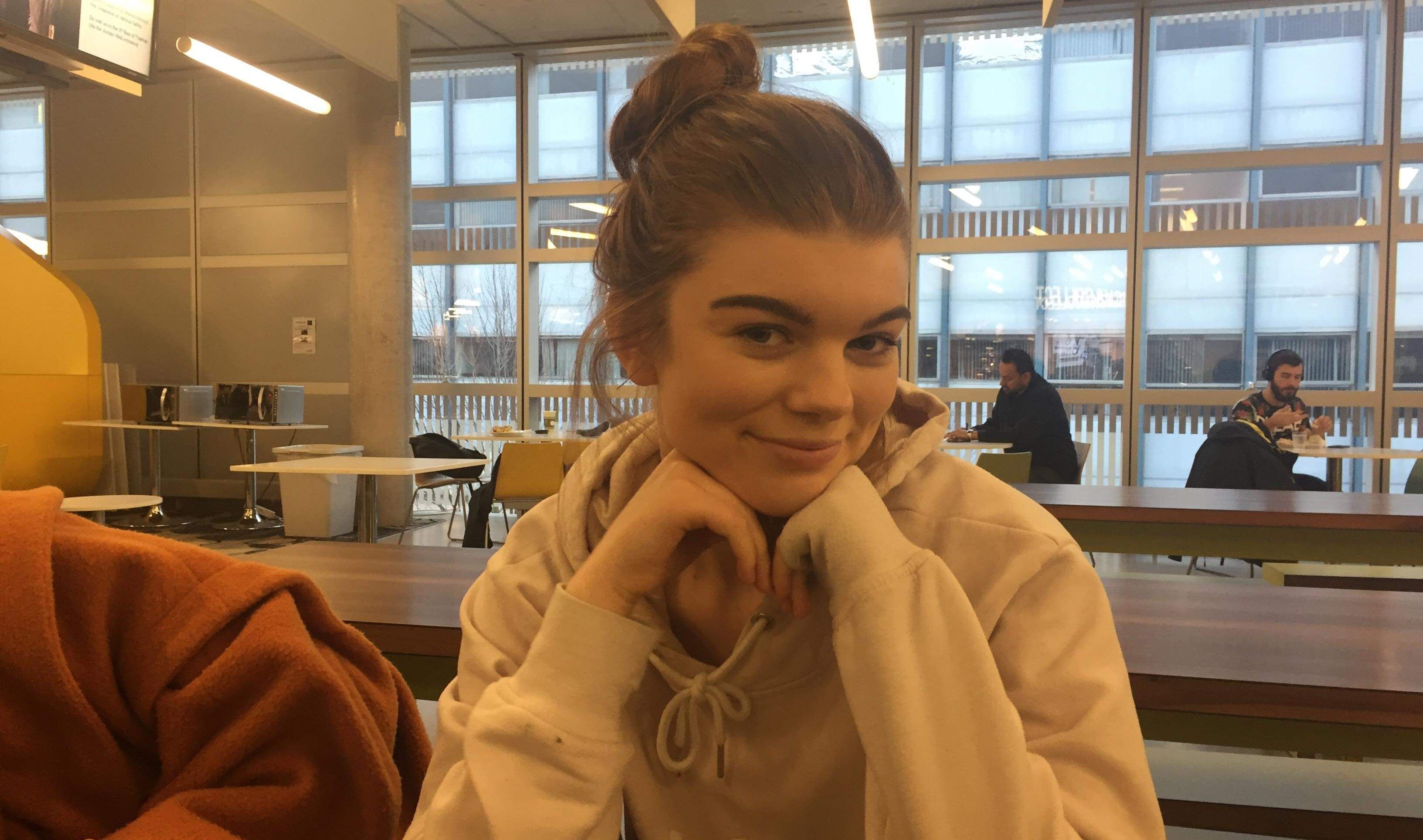 "Blood EVERYWHERE, on me, on the wall. He cried but refused to see a doctor because he's got toxic masculinity issues. He couldn't have sex for six months but two years later he's still trying to hit me up. I'm scared of his dick though because…traumatic."

I pulled my 'brother' in JJ's 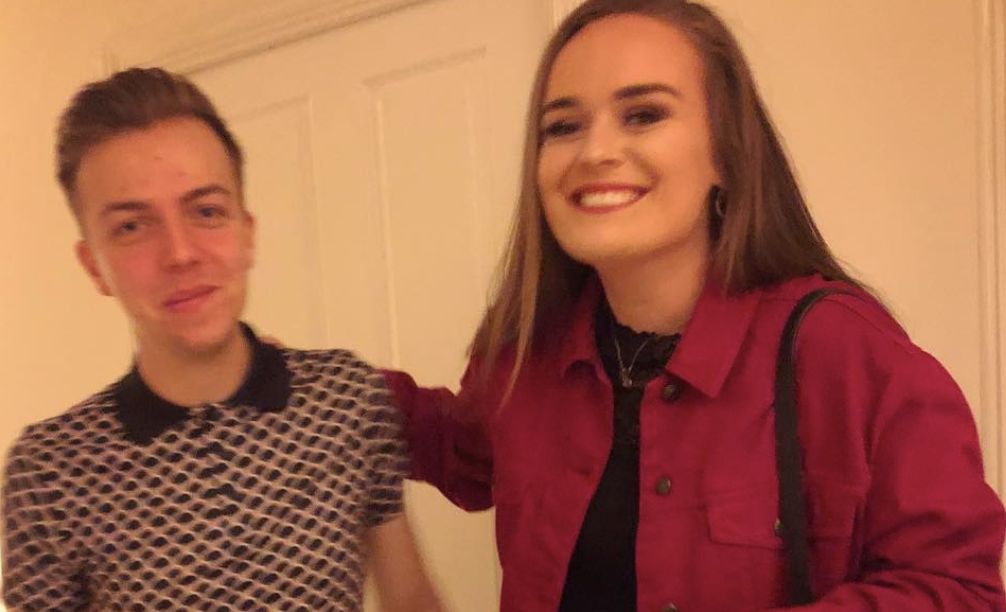 This is not the aforementioned brother

"Basically I was in JJ's and this guy was trying it with this girl and we were kind of having a laugh over her pieing him. I started dancing with her cos for some reason I was trying to help this random guy pull, she asked me if we were together and I said no he’s my brother.

"Anyway she was fully not interested so in the end I ended up dancing with him, we went for a fag, etc, all the while telling everyone that we spoke to that he was my brother. Then I kissed him in front of everyone and I literally had people coming up to me like 'wtf isn’t that your brother?' We got invited to an after party, and I said our mum would be worried sick if we didn’t go home (idk why I hadn’t dropped it at this point) so I went home with my brother."

We met some guys who finesse drug dealers 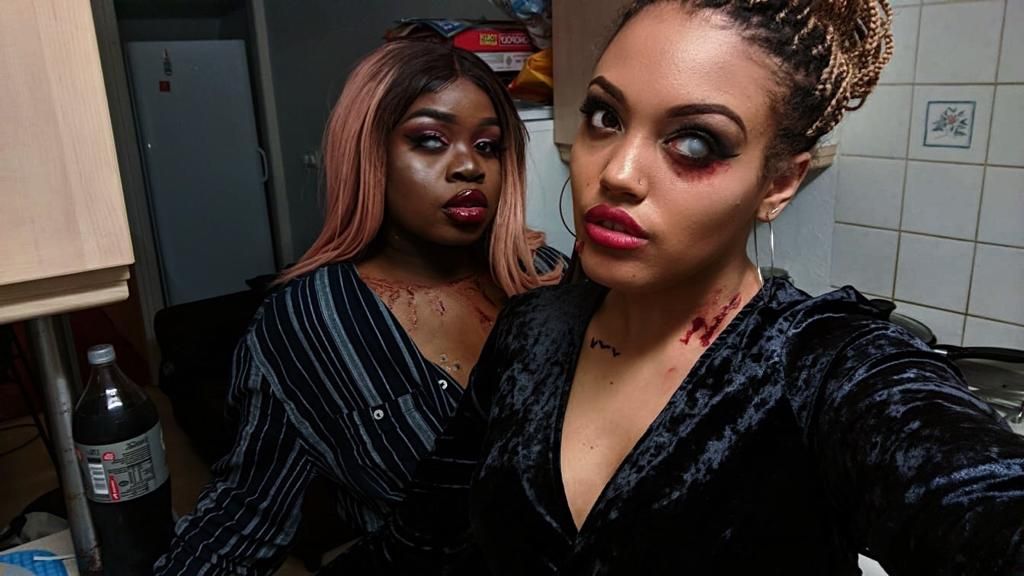 "It was Halloween and some guy started talking to me about how good looking he thinks my friend is so he invited us to VIP. They were paying for drinks for random girls. He was trying to touch me up but eventually respected that I didn't want that. We started finding out the craziest shit about them.

As individuals, they make at least £2000 a week and one straight up said "I finesse drug dealers". They wouldn't explain what they meant. Then they started sorting coke out right in front of us. The whole thing was so crazy."

I had sex in the Callice Court staircase 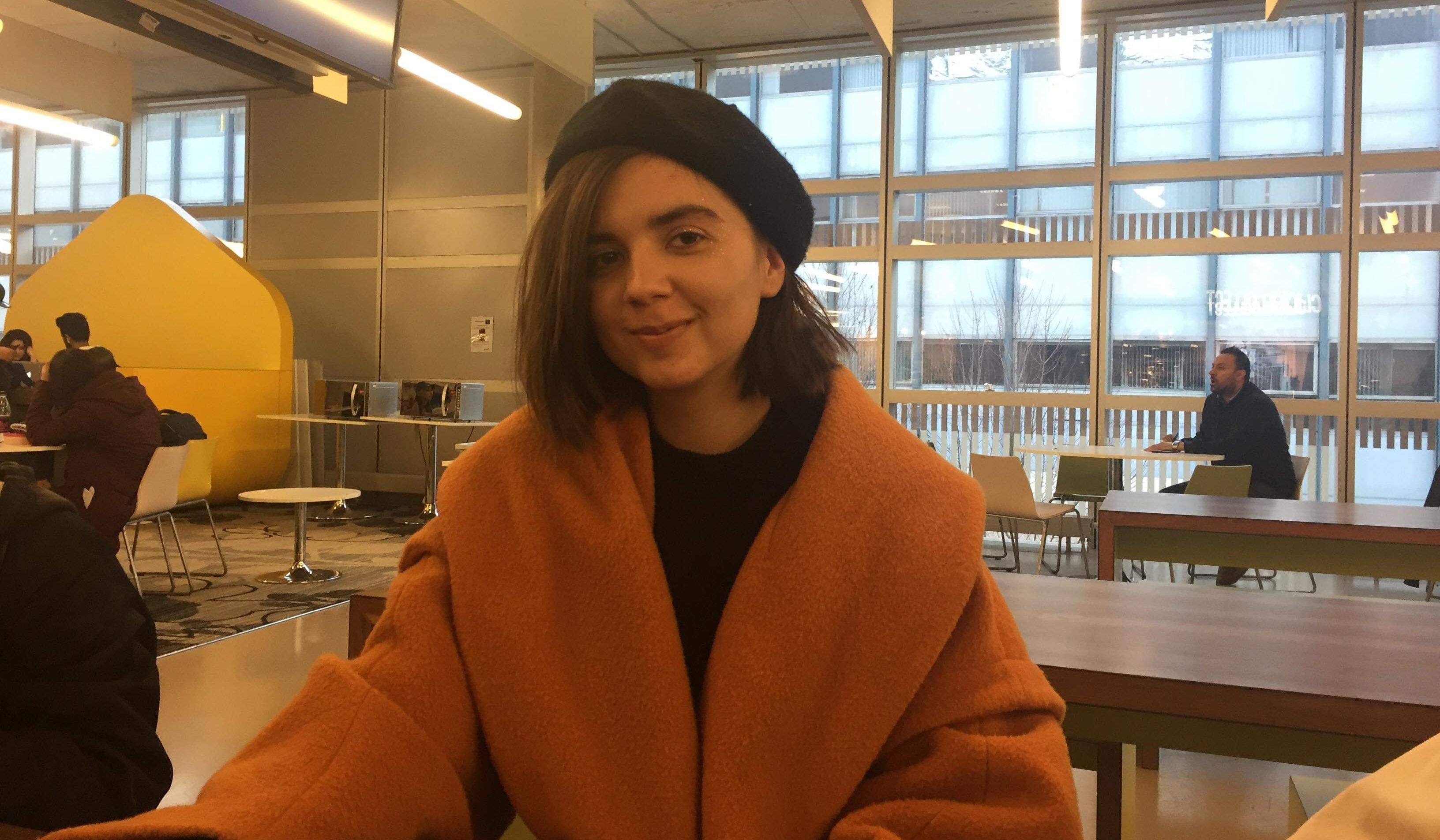 "I was in first year and living in Callice Court. My then boyfriend was over and I was in a phase of life where I was really into the idea of sex in unusual places, hence, we decided to try something new.

"I lived on the top floor so there wasn't as much risk of anyone walking by but it was still pretty cool. We occasionally had to stop because we heard footsteps but no-one actually made it to the floor."

I dated my drug dealer

"He was always changing his number and had two trap phones. Although problematic, he was a cool boyfriend, the relationship actually could have worked out…but he's in prison now after a drug transfer gone wrong, so that's awkward.

"Plus, my friends always tried to use me to get free drugs, which only worked for my closest friends. But me? I'm not about it. Something about having it readily available makes it so not cool."

Got drug searched and ended falling out of a taxi 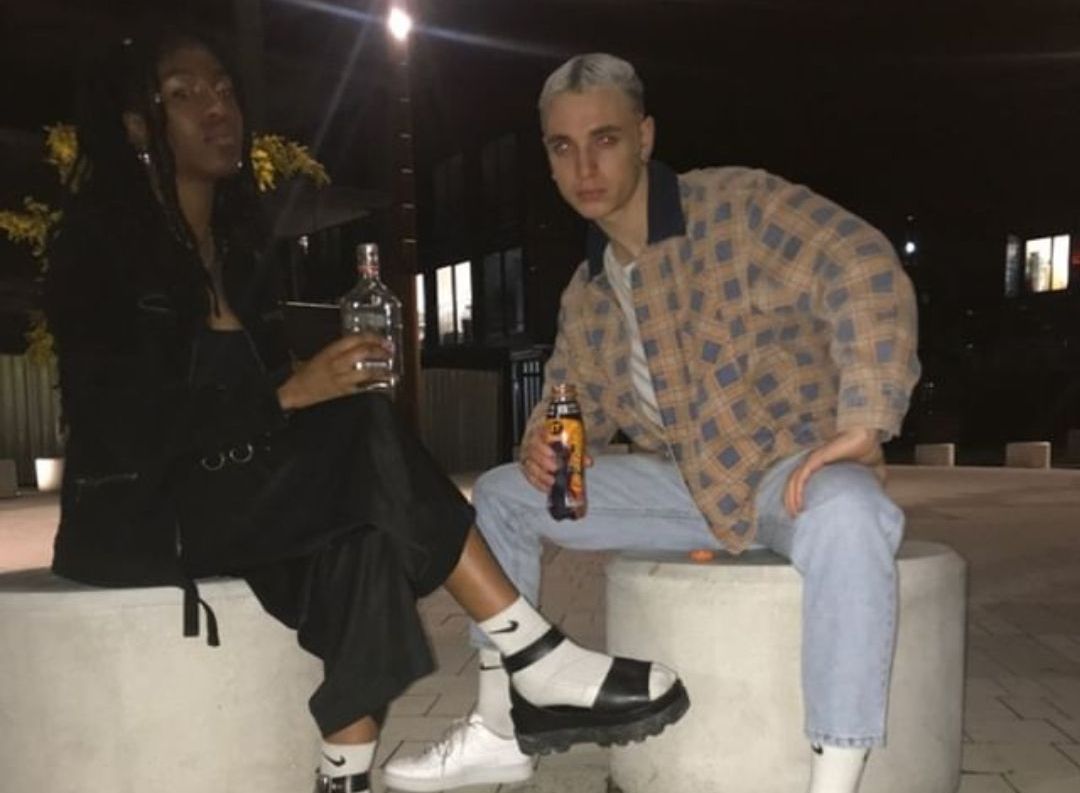 "We went out to Leamington Spa. One friend pissed in the smoking area, another split her head open and then was throwing up in the toilet. I [Tim] got searched for drugs. We were there for about an hour. We weren't even kicked out, we were just 'advised' that we should probably go."

But a week after, I met another guy at Catch 22 and when we went back to his place, I realised it was the same house as before. He was the guy I had hooked up with before's housemate. So awkward."

I pre'd in my lecture 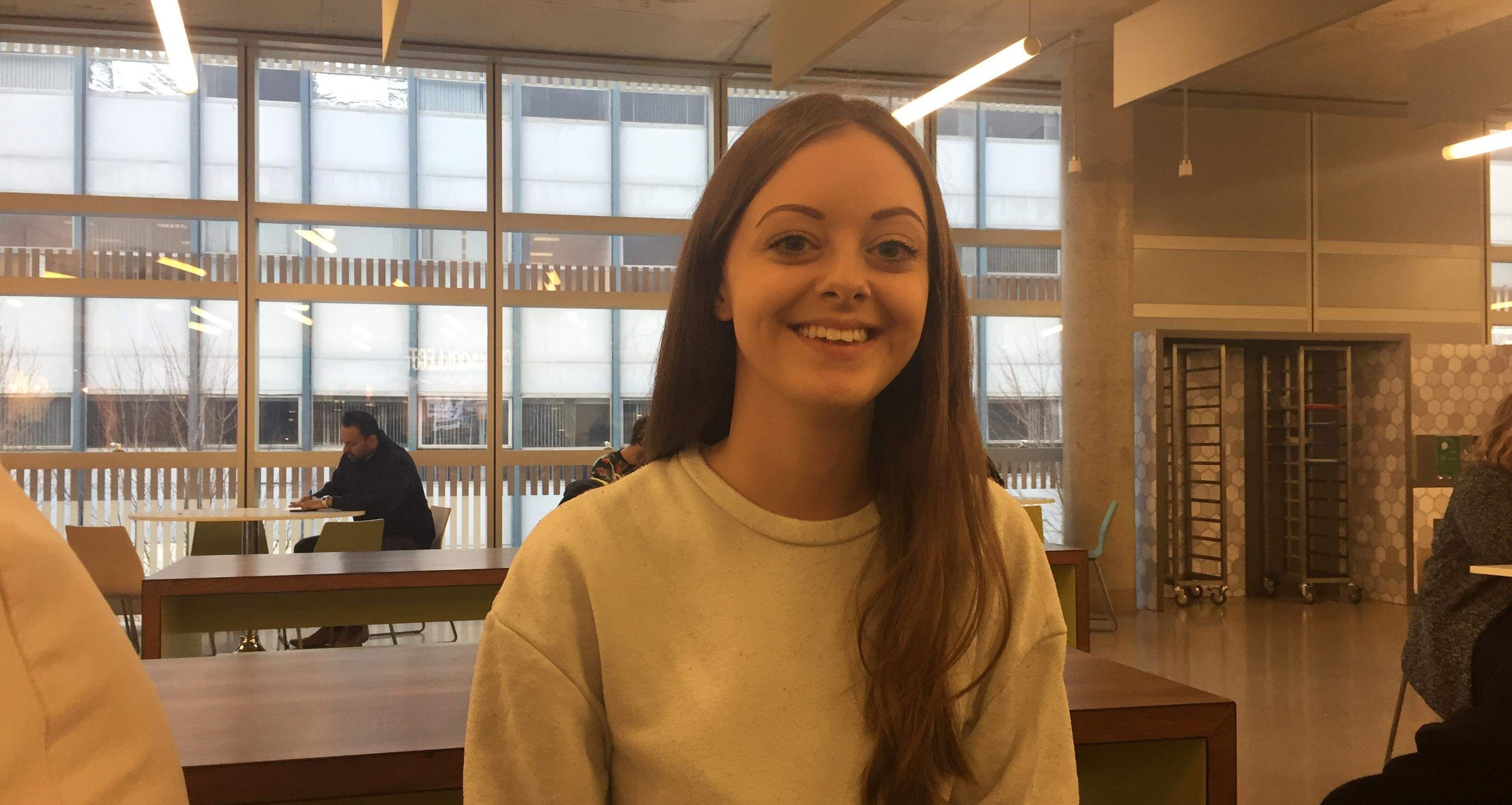 "It was Halloween and we were having pres at 7:30 to get to Kasbah for 10:30 because we knew the queue was going to be massive. I had a lecture at 4-6 and I still had loads to do but I also wanted to get in the mood to go out.

"So I filled my water bottle with vodka and lemonade and decided to pre drink in my lecture to save myself a bit of time."

"I'm bi but I've never been with a girl before so my boyfriend and I decided to experiment with our relationship by getting on Tinder. I matched with a girl and realised she was a girl that I mentored at work.

"She sent me a message and I replied thinking nothing of it but then a couple hours later I saw that she unmatched me and basically ghosted me. I was slightly offended to be honest."

"I was in Kasbah with a big group of gay guys I had just made friends with. I was on mandy and they were on GHB but they really wanted coke. For some reason they got it into their heads that I was the person best suited to get them this coke and proceeded to get me to text my dealer and ask him to bring coke to Kasbah.

"However we then realised that you can't just leave Kasbah to pick up some coke and then pop back in, so we asked him to slip it under (or throw it over, his call) the wall of smokers. Safe to say the dealer was unimpressed and now won't respond to me. Also I accidentally texted the SAME dealer on the way home asking him to let me into my house, thinking it was my housemates number. I think all the Cov dealers have me blacklisted now."