There are five types of Cov Uni fuckboy, so which one is going to ruin your life?

You all know one, you’ve all dated one, you may even be one

Like a bad rash or a serious case of ringworm, the Coventry fuckboy is hard to evade. He haunts the smoking areas of your fave club, watching, waiting. He's about to give you the most mediocre sex of your life and then have you begging for more, all because you think you can "change" him.

Whether it's the Burnout or the Chameleon, if one of them hasn't ruined your life yet, he's sure to before you graduate. That's more guaranteed than you getting a 2:1. 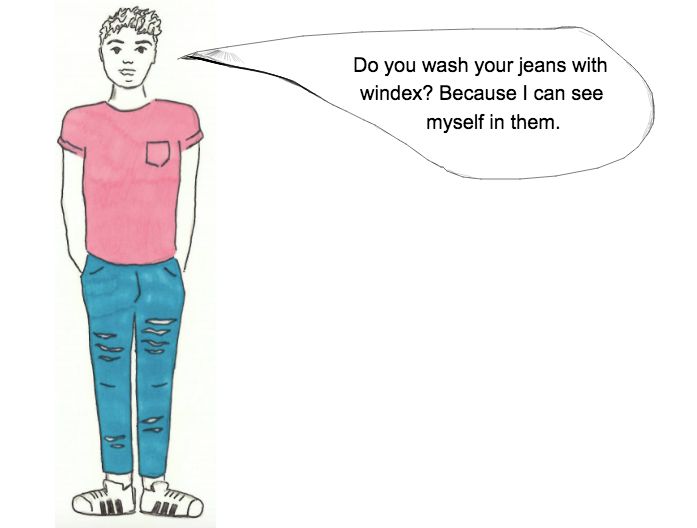 He's basic as fuck and that's part of the charm

Perhaps the most common of all fuckboy subspecies is the Classic Fuckboy. Fear not, however, for you can spot this fine specimen from a mile away. He's got more notches in his belt than you can count and has the personality of a 13-year-old boy.

If his luminescent Nike Air Maxes or Adidas Superstars that could stop traffic aren't the first give away, his ripped light-wash skinny jeans are. That and the pink t-shirt which he just about smuggled past his toxic masculinity.

The Classic Fuckboy is, by nature, a pack animal. Found almost exclusively in groups of five or more, they stand in circles in Kasbah smokers clutching VKs like their life depends on it. If the leader of the pack doesn't approach you first, it'll be their sacrificial lamb, at least six inches shorter than the rest and the token charity case of the group.

How to avoid: You won't. He's the human incarnate of a parasite. Being involved with at least one Classic Fuckboy is a rite of passage for all girls. However, you can easily redeem yourself from the dreaded Classic fuckboy. Easy come, easy go. 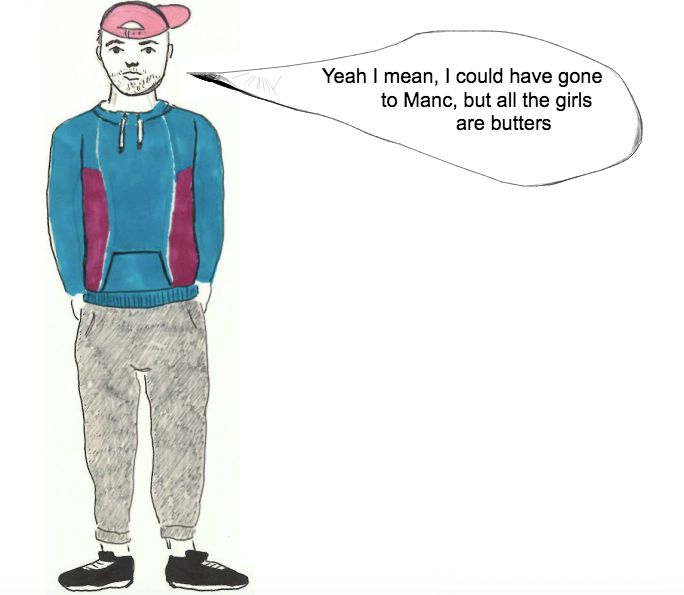 He's fit, he's fresh, and he's got a contract with a local rugby team (which he'll be sure to remind you of every time you end up in his bed). Despite having zero future as an actual pro athlete, he'll still play it off like he's better than you and everyone around him. But just like you, he'll end up working some 9-5 job for peanuts as soon as he graduates.

Not to mention that he's out at every sports night despite not actually playing on a uni team. The least he could do was get you some free tickets to a Wasps game, I mean, seriously.

How to avoid: They are few and far between, but best just leave the sports boys to sports girls tbh. And, if you are a sports girl well, good luck babe. 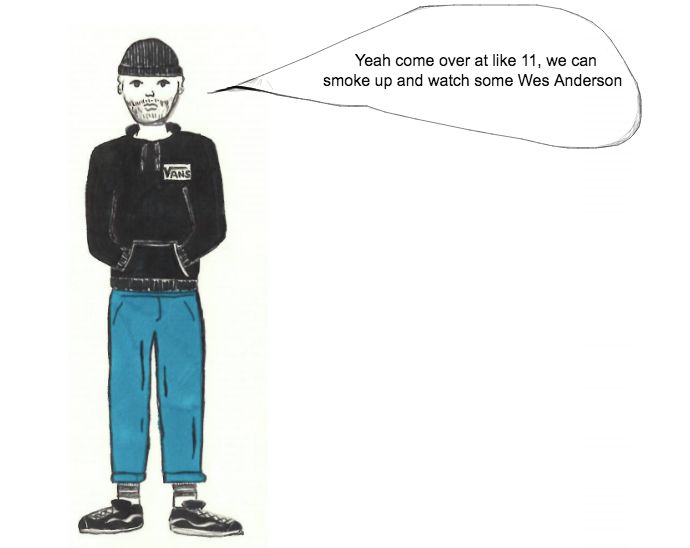 Alternatively known as the "Pseudo-commie", half of his personality is stanning Mac DeMarco and calling Stormzy a sellout because hating on popular things is apparently on trend now: do you see the irony?

Quadrant Halls is this boy's palace, he definitely deals ket on the side and nurses lukewarm Red Stripe at pres. Strongbow is just so mainstream, you know?

Someone you'd never bring home to Mummy and Daddy, he was an easy target at first. Your last big act of teenage rebellion, you never let yourself imagine anything serious with him. Then somehow between the mandy and very miseducated arguments about politics, you're head over heels for the resident bad boy. You'll insist it's totally chill though. As soon as he stops giving you freebies, you'll know it's over.

How to avoid: There is more than one scientific study that proves why you should stop doing drugs, but primarily, you'll stop having to see the Burnout, and that is good for your mental and physical health. Don't fall for his chat, he's only "woke" for the clout. 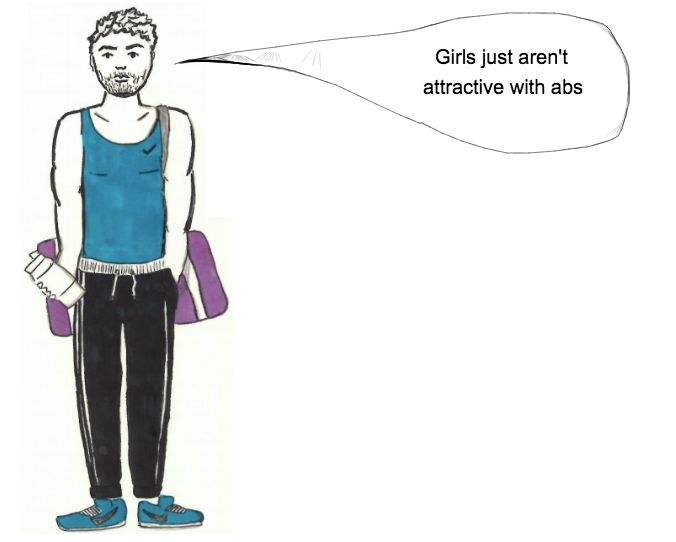 If he could sleep with himself, he would

The Gym Rat puts the Classic Fuckboy's arrogance to shame. Admit it, we've all fallen victim to the allure of bulging biceps and toned abs. But let me make it very clear: don't let the muscles fool you, he is not athletically inclined.

His endurance is more of a sprint than a long distance run, and after a disappointing two minutes of silent missionary you'll start to realise why such a fitty doesn't have constant girls on his arms. Hint: It's also because he spent the entire time admiring his flexing muscles rather than looking at you.

Oh, and he'll "forget" to text you back because he was at PureGym. Multiple times.

How to avoid: Show him the scientific evidence that extreme exercise while fasting is super dangerous and watch him literally combust. 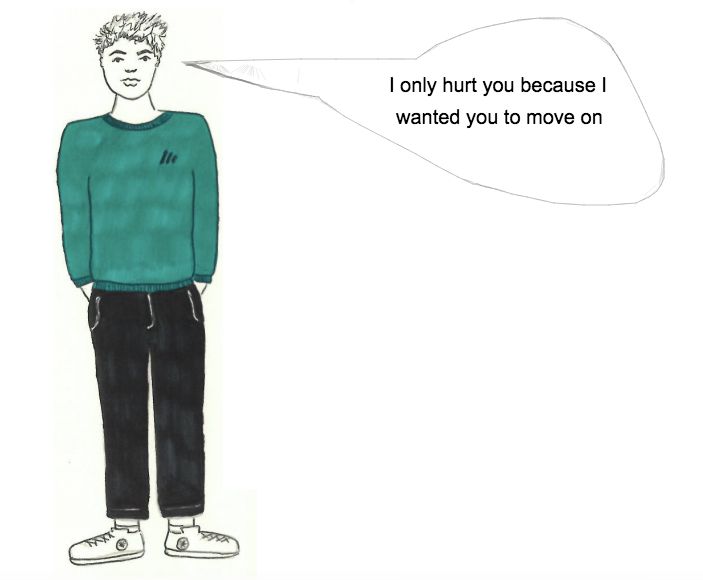 Watch out for the wolf in sheep's clothing. You meet him on the refreshers bar crawl, he's probably a couple years older and he comes off as v. mature (hah).

After your fill of situationships with Gym Rats and Burnouts, he's a breath of fresh air. He definitely won't fuck you over: he promised.

Blissfully unaware of the warning signs, he never invites you to his and never acknowledges you in front of his friends unless you're on a night out. It won't be until you run into his housemates at Quid's and they ask who you are that you'll realise he's just as bad as the rest of them.

How to avoid: The Chameleon will never let you close enough to him for you to get attached, but never far enough that you move on.

Best thing to do with this type of fuckboy, and the general rule for getting over all fuckboys, is block him on everything and go forth in your search for greener pastures and bigger dicks.

• Is he a fuckboy? Take the quiz to find out

• Introducing the eight uni fuckboys who are about to ruin everything