They would ask for the students’ phone numbers without asking them what food they wanted.

A Facebook page named ‘Cardiff Fresher’ has been advertising free food for students and nurses still in Cardiff to help during the current crisis. The student would have to message them what they wanted, their phone number and their home address. 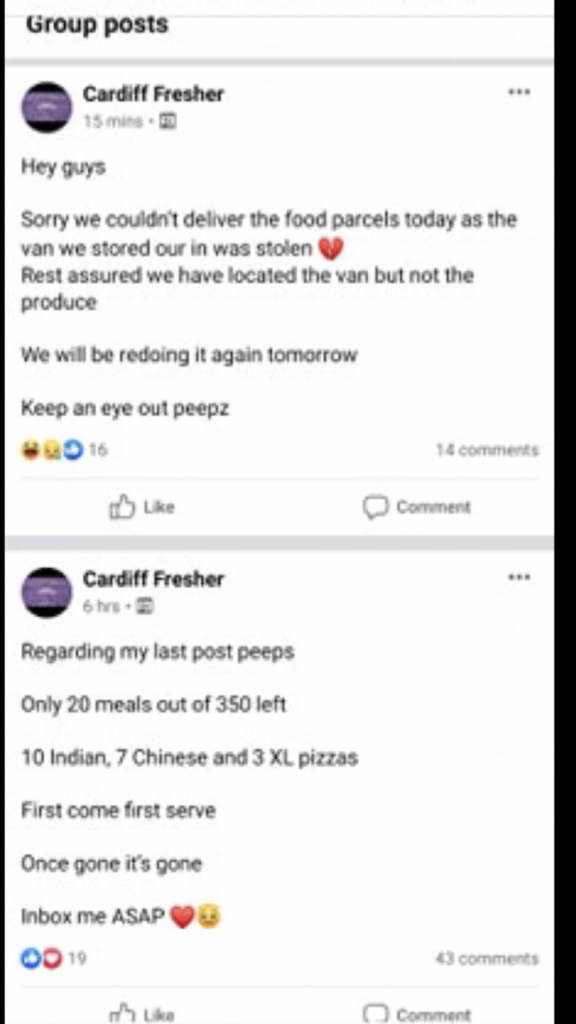 The account has blocked people that called them out on the FB post and won’t say what it will do with the names and street addresses of the students, who are most likely living alone.

Speaking to one student, she said that “my housemate asked if they have any food left” to which they replied with “yes we have plenty available, can you and your housemates both send your phone numbers so we can be in contact with you”. To make things worse, she said that they “never asked us what we wanted”. 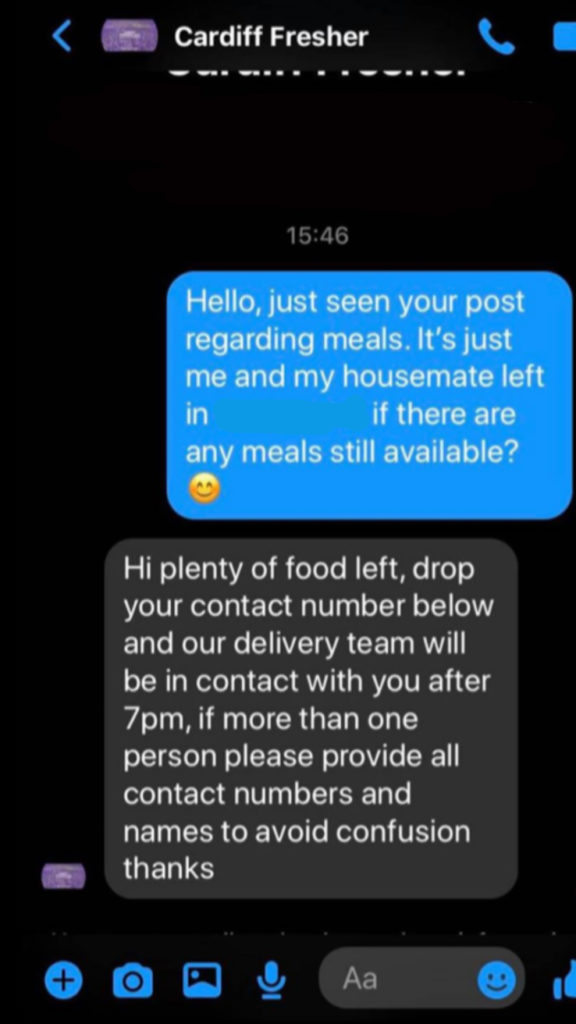 She “wrote on the page asking why they didn’t ask anyone what they wanted” which resulted in her and a few others being blocked.

Another student said that they have “no idea what they’ll do with the numbers” but they “just can’t believe the van was stolen”. The page also messaged them asking “if more than one person please provide all contact numbers and names to avoid confusion”.

The account said that “only a limited number of people” would get the food the next day.

“because it’s a charitable act and due to this issue we’ve had to reduce it at our own discretion” but then added “your more than welcome to donate some money”.

A student messaged the account asking where the food was coming from but was unable to receive an answer as the account was deemed ‘unavailable’. 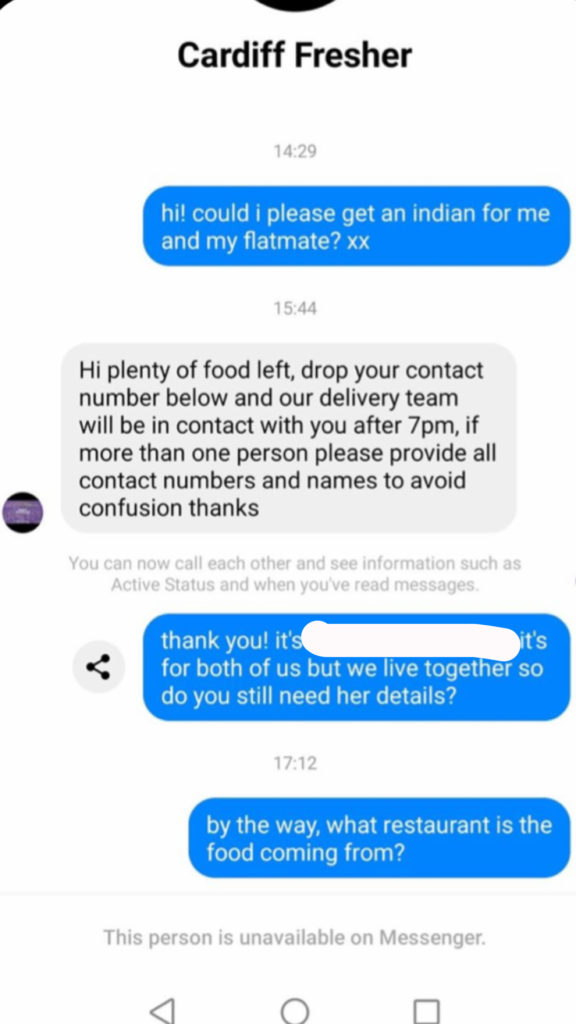 She messaged on the post, saying that “this looks sketchy” and expressing her worries about the entire scheme which resulted in her getting blocked, like other students.

A further comment was asked from the Cardiff Students Union but are yet to receive one so will update the article accordingly.

The ‘Cardiff Freshers’ account was also asked if they had anything to say against the allegations of a scam but are yet to reply.