Spoiler: I am in pain. A lot of pain.

Okay, here’s the tea, I am not a gym person. I decided a long time ago that any exercise more intense than walking just wasn’t for me. However, as a woman that thinks you can ‘win’ yoga, I’m a bit competitive. So when my boyfriend challenged me to tag along with him to weight lift at the gym, I was stupid and obviously said yes. Still, I can’t deny that I was wondering if this was the gym activity I had been waiting for.

Sceptical, I was reluctant to leave the house as I don’t enjoy being in pain. So, the thought of leaving my nice, safe, home to go to a place that is guaranteed to result in physical discomfort wasn’t really too appealing to me.

My boyfriend asked if I was excited, clearly I am thrilled: 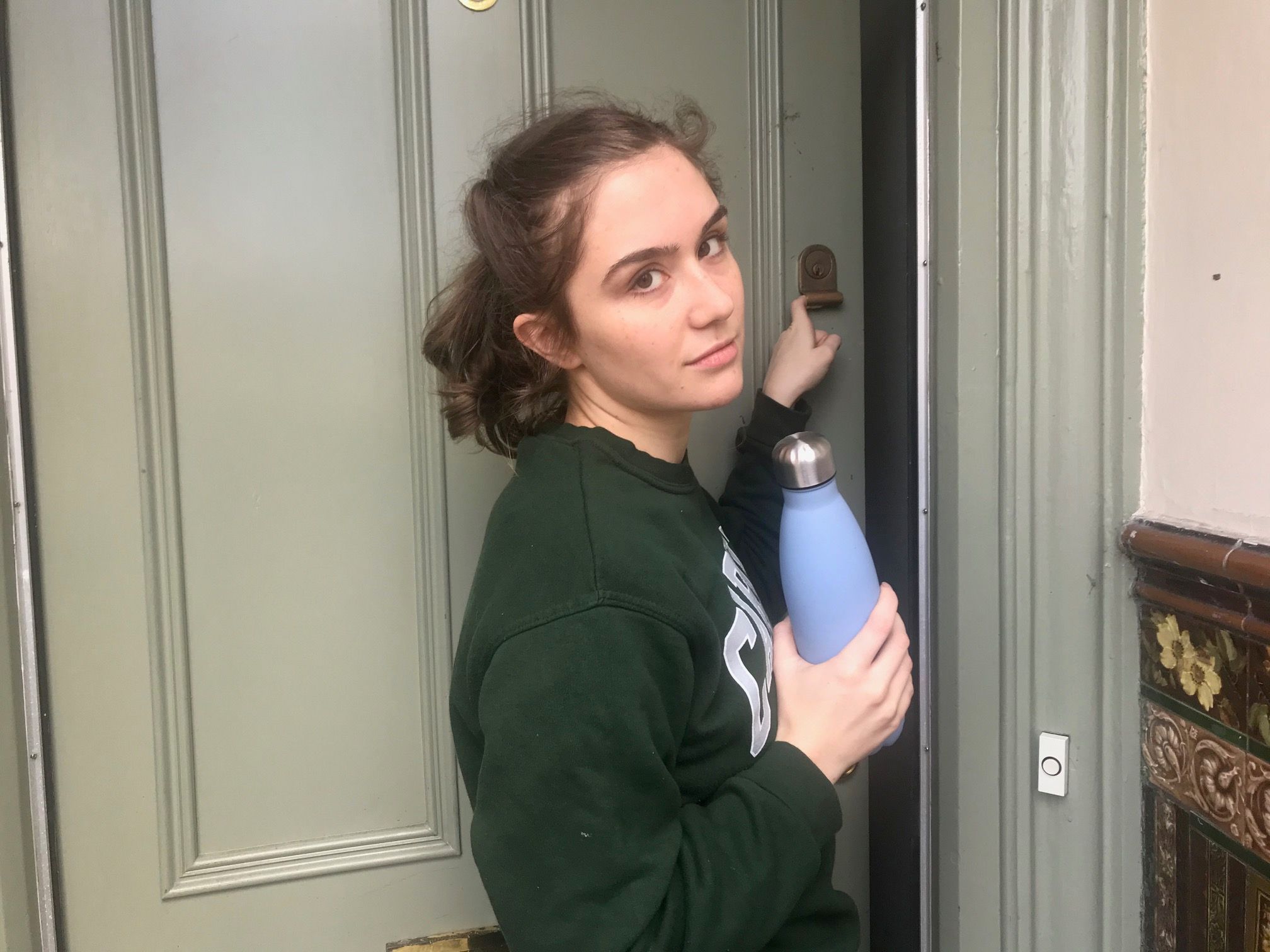 When we get to the gym, there are TWO flights of stairs that I must endure to get to the top floor. By the time I have climbed them, I am proud enough of myself, here is when I would’ve called it a day.

I am not allowed to go home however, and am instead led into what might be the scariest room I have ever seen. If the large metal structures and insanely hench men and women weren’t enough to get me nervous, there is also a terrifying earthquake every time someone drops their weights on the ground. I jump every single time and am in disbelief that I made it through the two hours without weeing a bit, ngl.

As my boyfriend explained and demonstrated what I had to, I just had one thought: I am going to die. Content with my noodle-strength limbs, I was immediately filled with regret. Then I had a go…and it was fine. So obviously I quickly slipped into the mindset that I was the most incredible weightlifter in the world (with my tiny little weights). 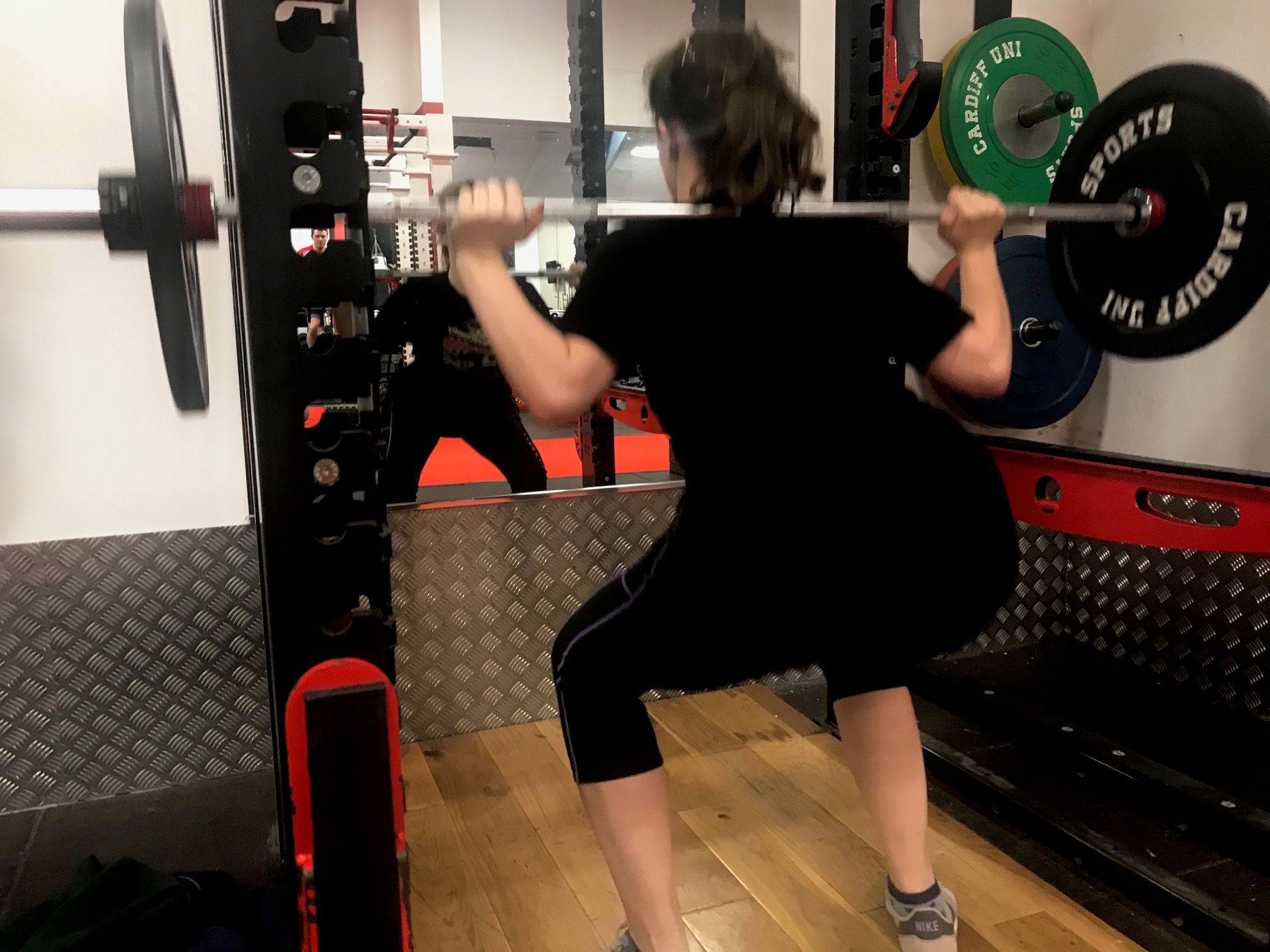 Then we moved onto the bench press and my delusion came crashing down.

Who invented this exercise? And more importantly, WHY? Naïve, I was excited to have a cheeky lay down after that strenuous 27.5kg squatting session. The bench is not that comfortable (very disappointing) and as I looked at the bar above me, once again I was sure I was going to die.

A responsible partner, my boyfriend makes me practice with some nice, light dumbbells first. And I, a woman who can not do a single press-up, am certain they are going to come smashing into my lovely face.

As we switched to the actual bar, he positioned himself ready to catch it. You know, just in case I lived up to my expectations of immediately dropping it onto my stomach and folding myself in half.

I don’t drop the bar and at this point have decided that I am a literal superhero until my boyfriend rudely breaks the fantasy with the phrase ‘two more sets’. I am outraged. I have done bloody loads! What does he mean they were warm-ups?! I mean, sure the bar was empty for the first two sets but I have the muscle capacity of a small child.

It is mid-way through the second non-warm-up set that I decided that not only was I going to die, but that my boyfriend was actually trying to kill me.

Clearly, I was having a good time: 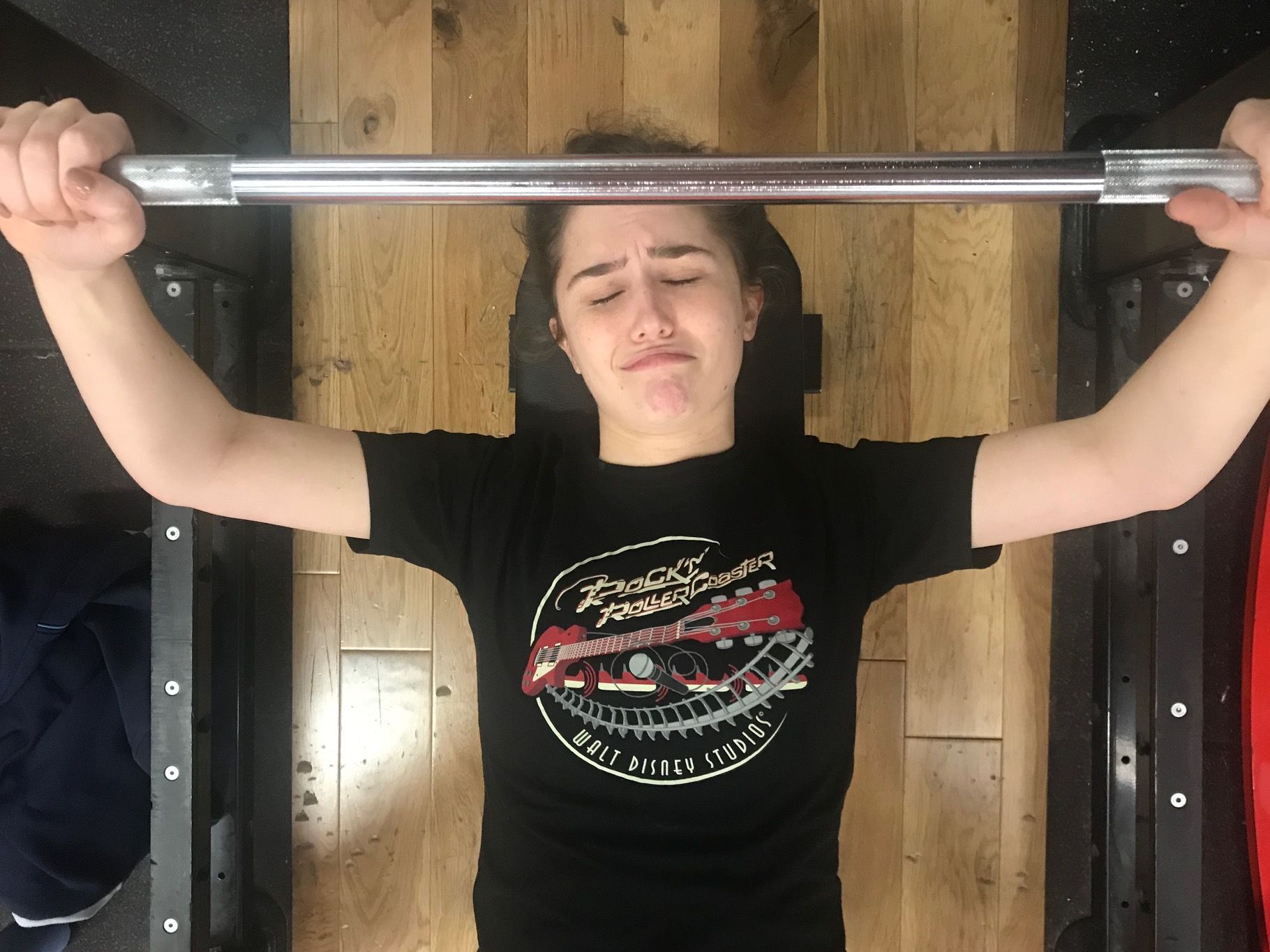 This is the exercise that broke me. Despite the bench press being the literal worst thing I have ever experienced, there was something about the deadlifts that destroyed my soul. Possibly, due to the THIRTY MINUTES it took to get my stance right.

Note here the failed attempts in which it looks as though I’m patiently waiting to go for a shit in a field: 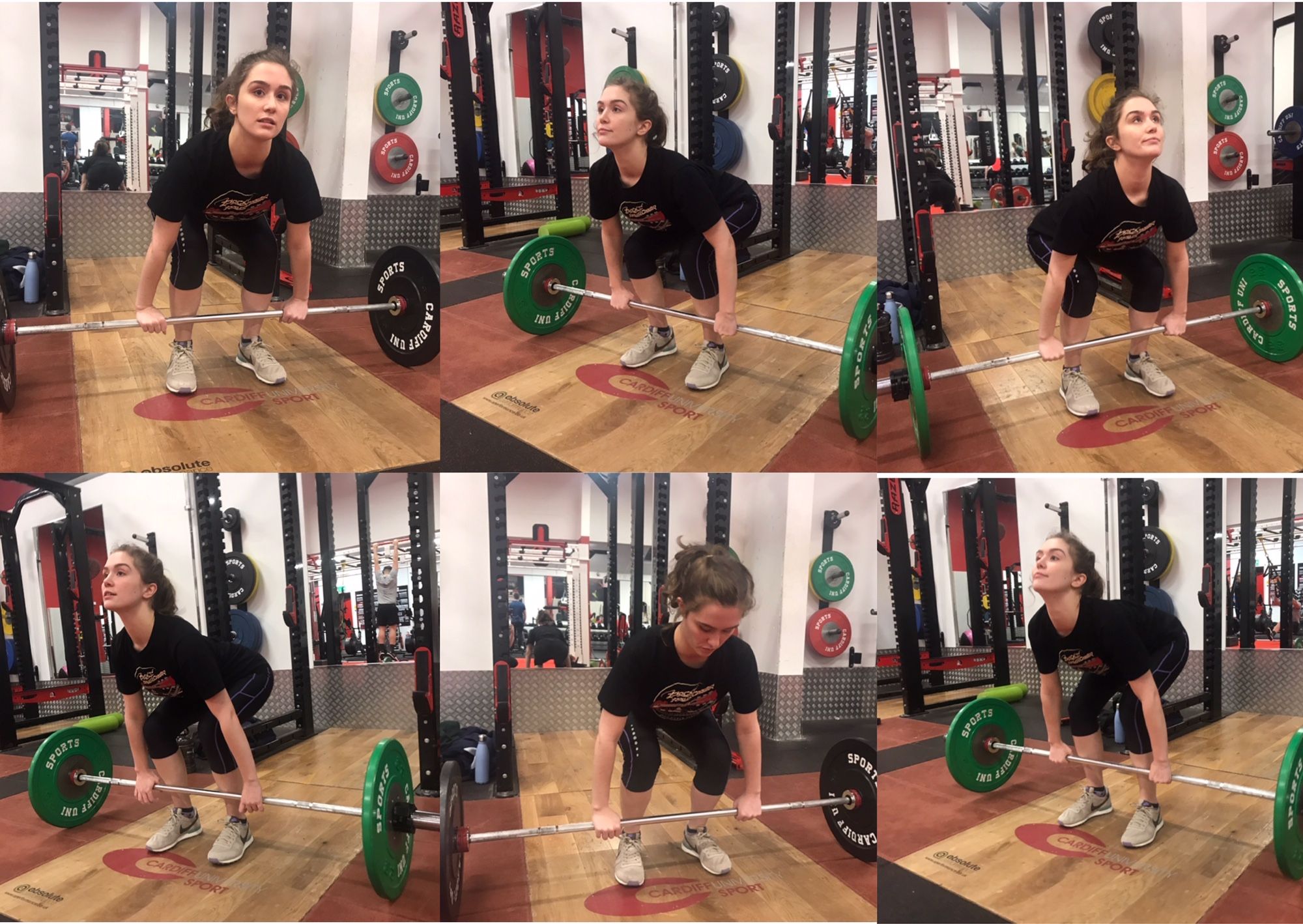 There were many, many failed attempts.

Thanks to my lovely, patient boyfriend I got there in the end. Then I lifted heavier and heavier until I lifted 40kg, cried, and asked to go home. He mentioned some optional accessory lifts that he usually does by which point I was already on my way to the stairwell. Not today. Not ever. Nope, nope, nope.

Stairs, my old enemy and final frontier. Who puts stairs in a gym?? How am I, with my now jellied legs, supposed to get down them? 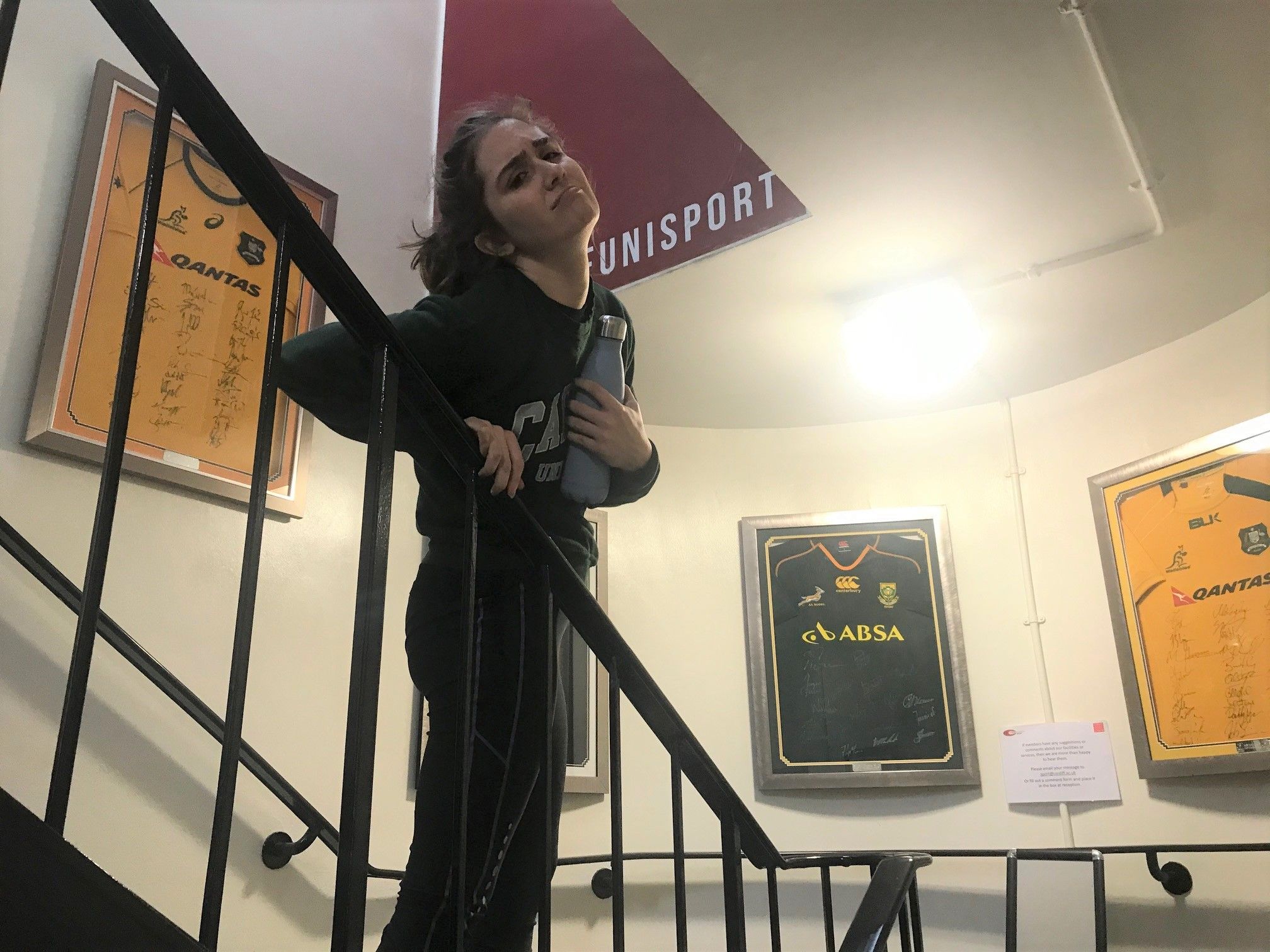 As gym experiences go, I have to reluctantly admit that this was a pretty good one. It was fun and actually quite empowering to exercise in a way that focuses on becoming stronger rather than just the number of calories burned. I can’t promise that I’ll become a gym regular but if I go, the weights are where I’ll be heading (with the guiding of my boyfriend because, obviously, I am still terrified).

I take it all back. It is not empowering to be in so much pain that I can barely sit on the toilet.

Stop shaming women for having abortions: It’s our body and our choice