My mum sent me off to university with a panda-shaped rape alarm and a spray designed to stain attacker’s faces bright green. I laughed at her typical motherly worrying but still immediately attached the rape alarm to my keys because I, like many women, have been taught the realities of existing as a woman.

The rape alarm is actually quite cute and it has a button in the left paw that illuminates the torch eyes, but seriously? These symbols of oppression and vulnerability have become so normalised that they now come in various fun shapes and sizes, from pandas to love hearts. 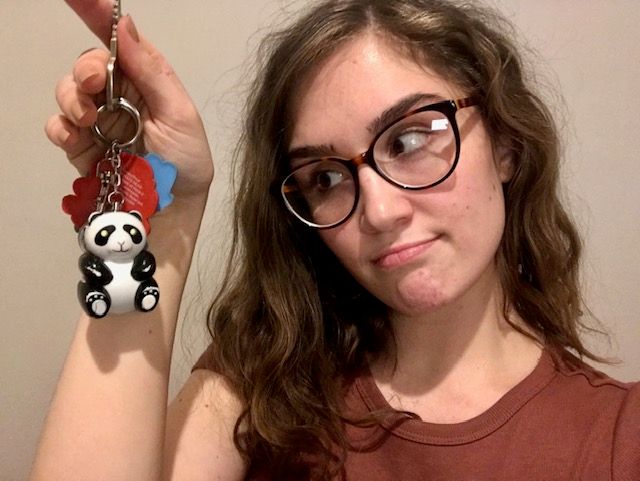 It perfectly reflects the environment we are living in within Cardiff at the moment, with attacks becoming more regular, more expected and treated with complacency.

Just recently, it was revealed that violent and sexual offences have been on the rise in Cardiff over the past three years. This is hardly surprising when a week doesn’t go by without a post going up on the Facebook group 'Overheard at Cardiff University' from worried women, who have just experienced some form of harassment or assault.

And so, students – female students in particular – are being forced to make uncomfortable decisions. Do we refuse to allow our movement and freedom to be controlled and restricted by fear? Or do we just do anything to keep ourselves safe?

This suggests that there are ways to guarantee safety, but it's been made clear these past few months in Cardiff, that there is not.

Most of all, we are told not to worry as most sexual assaults occur with someone you know. Then we are flashed on the bridge by a stranger as we walk home from lectures.

These rules, which most women learn when they are only young girls, shows that we are taught to believe being a woman is to be vulnerable. The rape alarm on our keys serve as a constant reminder every time we look at them. As does the can of hairspray you carry in your bag, the keys you place between your knuckles, the umbrella you grip hard ready to use, and the hand placed firmly over your drink in clubs.

Obviously, there are also dangers out there to men but women are completely stripped of independence in a way that men are not. We always hear 'but you're a girl' and we are expected to travel in packs or at least with a man to protect us.

We dread discovering that we are out of bread once the sun has gone down because we are made to feel as though we can't just pop to Lidl and get some. We have to go around the house, knocking on doors to rally up a team.

There is a moment of worry when you realise that your study session at the library has gone on longer than you had planned. You have to text your housemates and say you’ve left so they’ll know you should be home in 10 minutes.

If something happens, we can't let people think it was our fault. Like it could ever be our fault?

• Stop shaming women for having abortions: It’s our body and our choice

• ‘He tried to touch my arm and asked me where I was going’: Cardiff students are terrified walking home at night