A rugby virgin’s guide to the Six Nations

It’s ok, they’re supposed to knock each other over

Six Nations season is here again and it's an incredibly anxious time for the rugby novices of Cardiff. All anyone is talking about are scores and fixtures, whilst you're having to hide your phone and google 'who is Alun Wyn Jones??'

Your head's a mess, you don't know your tries from your tackles, your flankers from your fullbacks and no one will explain the difference between a scrum and a maul.

Luckily, we've got you covered. With our rugby virgin's guide to the Six Nations, you'll be ready to start screaming at the pub T.V. in no time.

Before we get into things we need to settle you in with a few key terms, so that you know what's what and who's who when you watch a game at the weekend.

Backs: They're players in the back row who don't get involved in scrums or line outs. Just keep your eye out for the godlike Leigh Halfpenny and you'll get it (or perhaps get more distracted).

Forwards: The players in the front row who are brave enough to participate in scrums and line-outs.

Line-out: Easily recognisable, just look out for the grown man being thrown into the air by his team mates. The reason for this weird flying? The game is being restarted after the ball has come out of play.

Maul: Looks just as aggressive as it sounds. This is when a player is running with the ball and three or more players of the opposing team cling onto him – no thanks.

Penalty: A kick awarded after the other team break the rules and try to get away with it.

Ruck: Pretty much the same as a maul but this time the ball is on the ground before the players start clinging.

Scrum: Restarts the game after the ball has been knocked or passed forwards (you'll learn how evil this is later). In a scrum you'll see a load of grown men, grabbing each other's shorts and driving forward.

Tackle: Knocking a player from the other team over because he has the ball and you want it.

Now that you've got your vocab nailed, you might think you're ready to set yourself up with a beer and a novelty scarf to watch a match. Easy tiger, first you need to know the basic outline of the game. We promise it's pretty straight forward, and you don't need to know the full ins and outs in order to enjoy it. 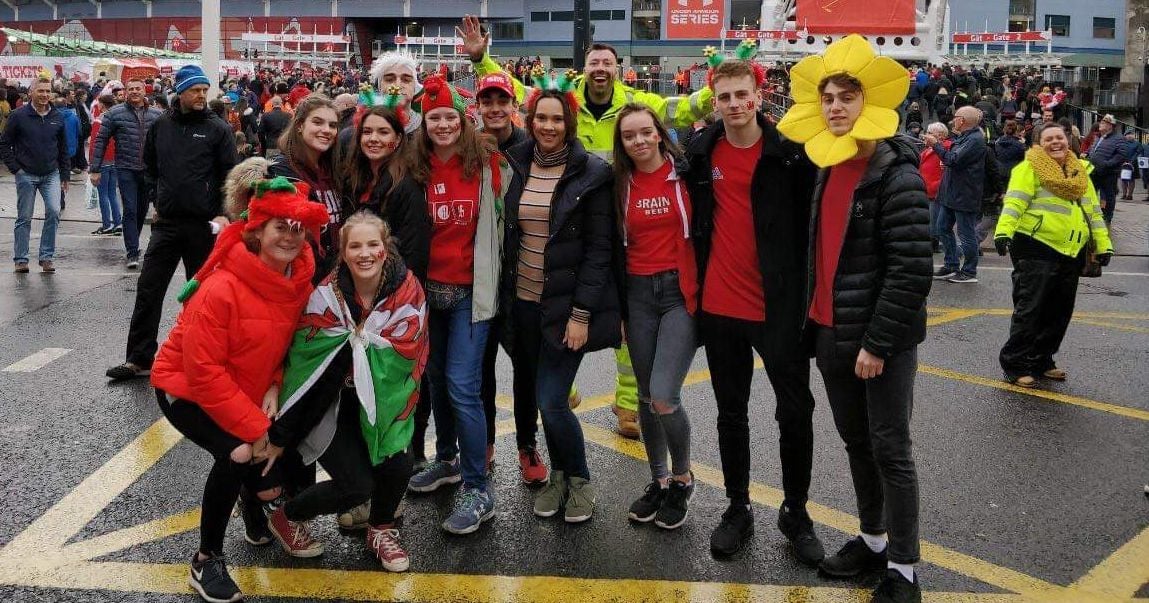 Here's what you need to know:

1. The game lasts for eighty minutes and is made up of two forty minute halves, after which the teams swap sides and score in the opposite direction.

3. The aim of the game is to score more points than the opposing team.

See, it's all pretty simple.

You've got how the game works, and you've got your little glossary to hand, now you can get to grips with the scoring system. Points are gained through tries, conversions, penalty kicks and drop goals, which are all different and all carry different point weightings. Now I know what you're thinking: 'it's got too confusing already'. But stick with me, I'm about to explain. 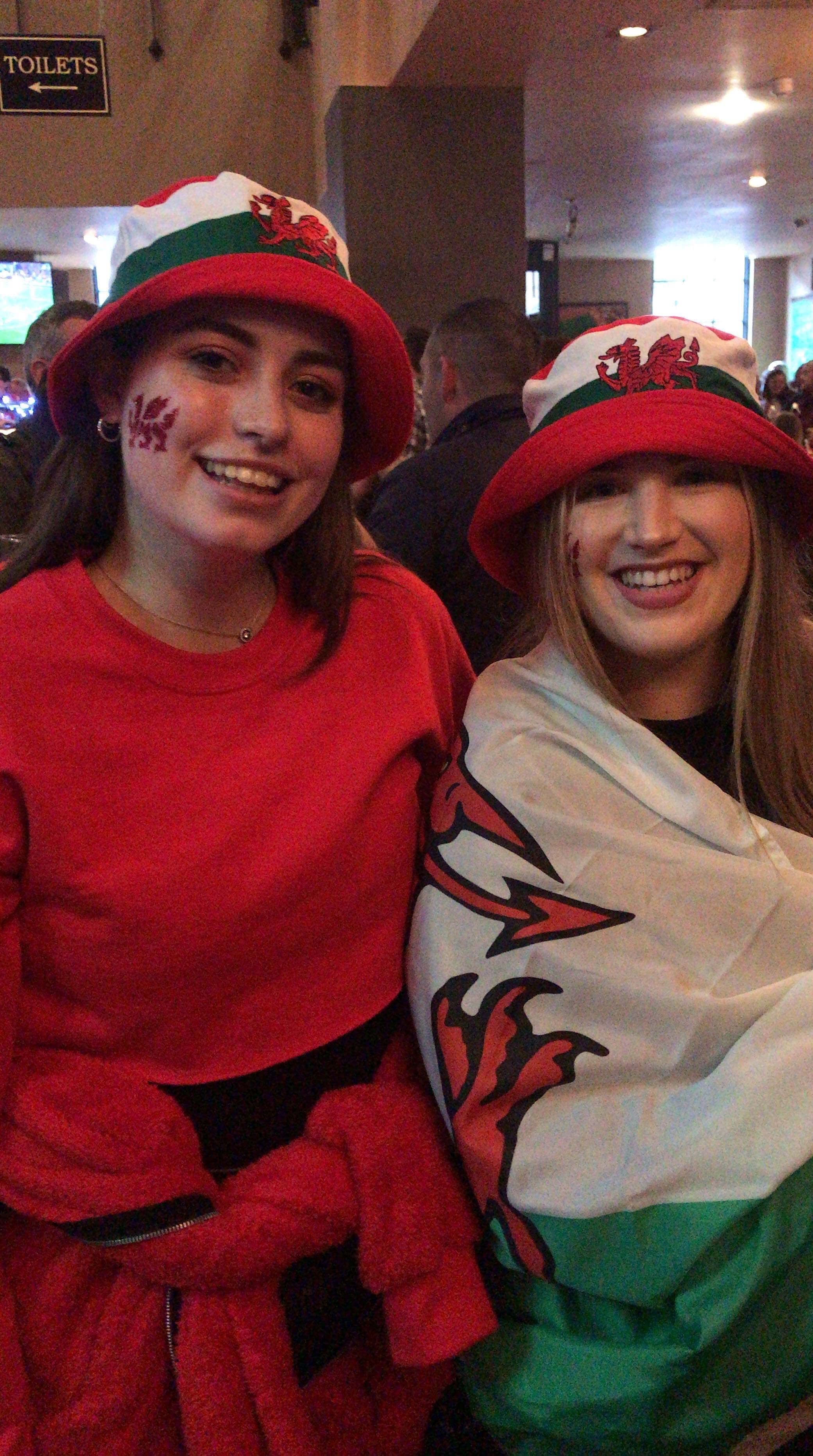 Notice they just barge into one another? Tackling is the goal in rugby to make sure the other team don't score a try. So don't be concerned if you see some pushing, shoving and maybe some shirt grabbing – which sometimes lead to juicy fights.

All okay with that? Fab, let's move on! 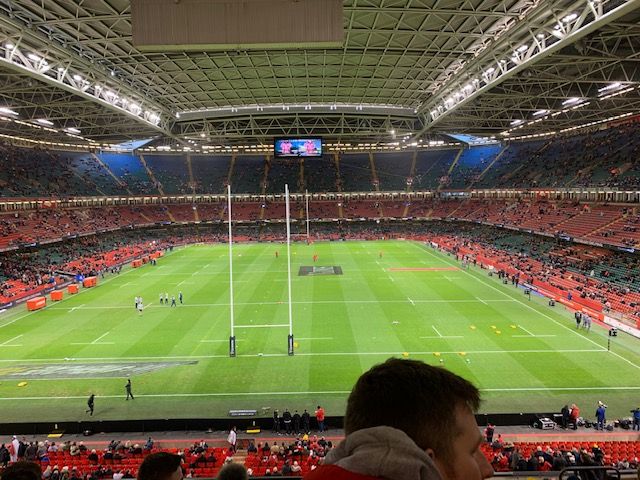 Now we're getting to the nitty gritty of the game. Learning the rules might seem like the scary part but trust me, you'll be okay. The main thing you need to know is that the ball can never be passed forwards. Why? Again I don't know, but it is the cardinal sin of rugby to let the ball travel forwards. If at any point the ball is passed or dropped forwards, the opposing team win the ball in a scrum (turtle formation).

You finally get how rugby works, congrats! So now it's time to explain the actual competition. The Six Nations include Wales, England, Ireland, Scotland, Italy and France.

Wherever you're from doesn't matter at this point, if you're in uni at Cardiff then you have to support Wales (sorry, we don't make the rules).

All teams compete against each other and there'll be a winner at the end. What's a grand slam I hear you say? That's when one team doesn't lose a single game and wins the entire competition.

Have we lost you along the way?

If all else fails and you're still a little confused then it's best you just get yourself down to the pub and on the beer. Don't forget to paint your face red and green and drunk sing to the national anthems with a drink in hand.

I'm English but I'm supporting Wales in the six nations