The Centre for Bio-Ethical Reform UK (CBR), a pro-life campaign group, have told The Cardiff Tab that they will be showing graphic abortion images on the Cardiff University campus "one to three times a week" this semester.

The group has been putting on their 'educational displays' outside Cardiff University's main building since the Students' Union voted to become officially pro-choice in November.

They say the action will continue until a neutral position is restored.

However, they told us they would not be protesting at an upcoming talk by pro-choice speaker Dr Pam Lowe, which was moved due to security concerns, as they believe this would "cause bad feeling".

A spokesperson for CBR UK told The Cardiff Tab: "Our action is responding to the so-called democratic vote taken at the SU AGM. Voting was by a show of hands, and when pro-life students raised their hands those supporting the motion chanted 'expose them, expose them'. That's not very democratic, that's intimidation.

"I understand pro-life students have since been intimidated and threatened". 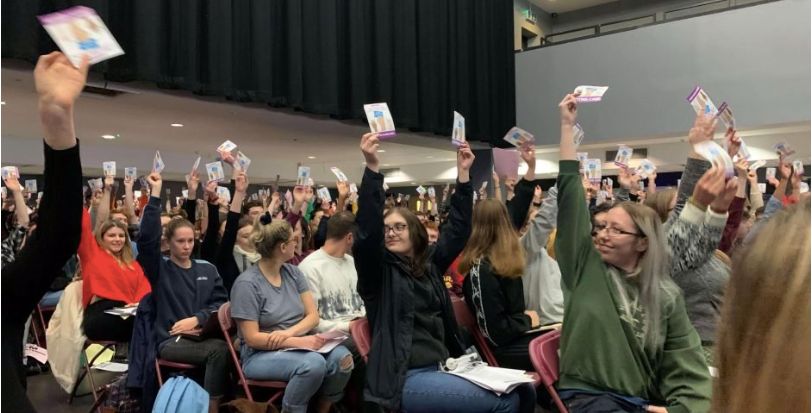 "We are not asking the university to become a pro-life establishment, but simply to return to the neutral position they previously held. Pro-choice is not neutral, just as pro-choice slavery is actually pro-slavery".

It is Cardiff University Students' Union, not the university itself, which has taken a pro-choice stance. A Cardiff uni spokesperson said: "Whilst the University actively encourages freedom of speech and robust academic debate it does not take a public position on such matters".

Students' Union President Jackie Yip said in a statement that CBR's "disgusting protest tactic" is "interfering in our student democracy".

She added that their protests are taking place "in a public space that neither the Union nor university manage. Moving them on isn't as simple as it seems if they are not on private ground".

She added the SU are "speaking to the local council, the university and the police to build a case that these actions are causing undue distress and trauma to our students".

She encouraged students to ring 101 upon seeing CBR, saying if more calls are logged it will help build a case against CBR.

*Statement regarding CBR/ protests* I am equally as distressed and frustrated by the actions of CBR. Whilst this group…

When asked about the images upsetting students, the CBR spokesperson said: "The question I ask is why are abortion supporters getting so angry about seeing a human life inside the womb and what that looks like after an abortion? We are showing the reality of something they endorse.

This refers to when a group of students held a counter-protest aiming to cover CBR's displays with their won banners. 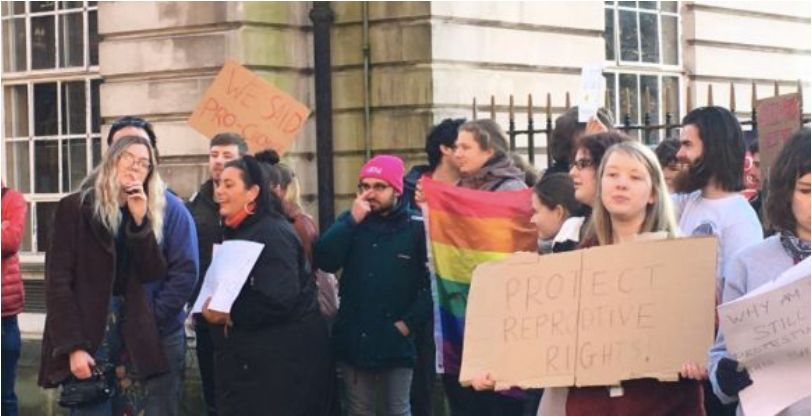 On accusations that the group has been intimidating students, the CBR spokesperson said: "I need to point out we never have and never will intimidate anybody. There are students spreading falsehoods about what we are doing and how we do it. We have a risk assessment before every display and everyone is thoroughly trained on how to conduct themselves. We don’t follow or harass anybody, if they chose not to have a leaflet we let them walk away".

A Cardiff University spokesperson added: "We respect the right to peaceful and lawful protest. However, when protestors encroach onto University property, without permission, we reserve the right to ask them to move. Where a protest takes place on the public highway it is difficult for the University to intervene. If there is evidence of protestors breaking the law the University would of course refer the matter to the police for investigation.

"The University will continue to monitor the situation. If, at any point, the protesters return and encroach onto University property, without permission to do so, they will be asked to leave."

• 'I felt the need to set it up': Cardiff student sets up pro-choice society

• 'Firing squad for these baby murders': the abuse faced by the proposer of SU pro-choice motion

Fire up your PlayStations: This is what a virtual Cardiff Freshers’ Week would look like