Roast dinners in bed are now an option

Deliveroast is a new, upcoming service in Cardiff that will be delivering roast dinners directly to your door. Despite them not quite being open for business yet, their Facebook page has already gained over two-hundred likes.

The service, which is run by a group of third year occupational therapy students, will be taking orders over Facebook messenger or by telephone and will have vegan and vegetarian options available. The proprietors of the service emphasised the importance of diet options, stating that "2/3 of us who will be running it are vegetarians, so we know how important it is to have a variety of options."

CALLING ALL ROAST DINNER LOVERSHello from Deliveroast!We are going to provide a wholesome home made roast dinner…

Posted by Deliveroast on Saturday, December 7, 2019

The Cardiff Tab got in touch with Deliveroast and they said the decision came from "a gap in the market in our local area of Cardiff".

They went on to add "we found this out through desperately wanting a roast but not wanting to move from the sofa just as much!" 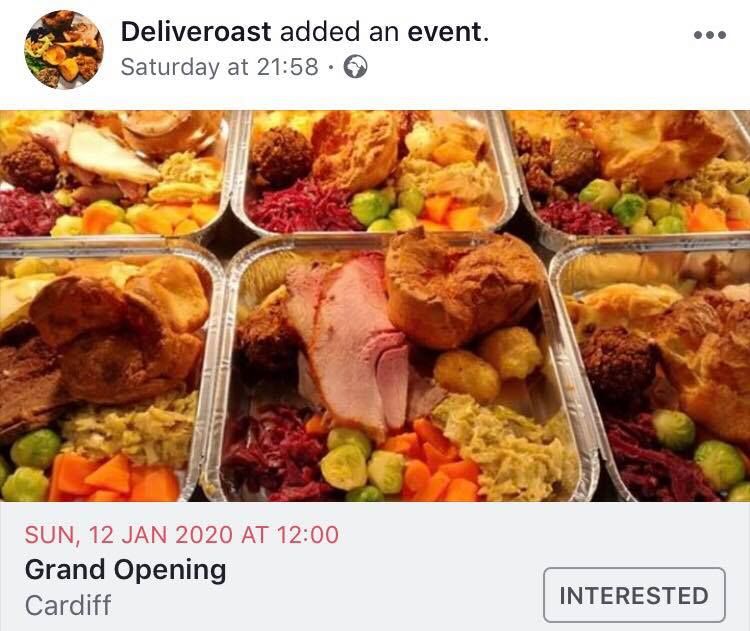 There is an event page linked for their launch

They officially launch on 12th January, but stated that they "are planning on completing a trial day before the 12th January to evaluate the success and/or any changes needed" for the launch.

• These are the best and cheapest places to eat on campus

• The air pollution levels in Cardiff have reached a critical point

• You'll never believe it: Cardiff's most well-kept secrets are inside street bollards