Around 20 students marched through the shopping centre in a peaceful protest against Black Friday. They then proceeded to lie down upstairs in St David’s 2, surrounded by placards and confused shoppers.

The group said they wanted to raise awareness of how "mass consumption is destroying the biosphere" and that "fashion and Big Tech industries in particular are a problem on Black Friday".

UK fashion is a top polluter, with 300,000 tonnes of clothing burned or buried every year. 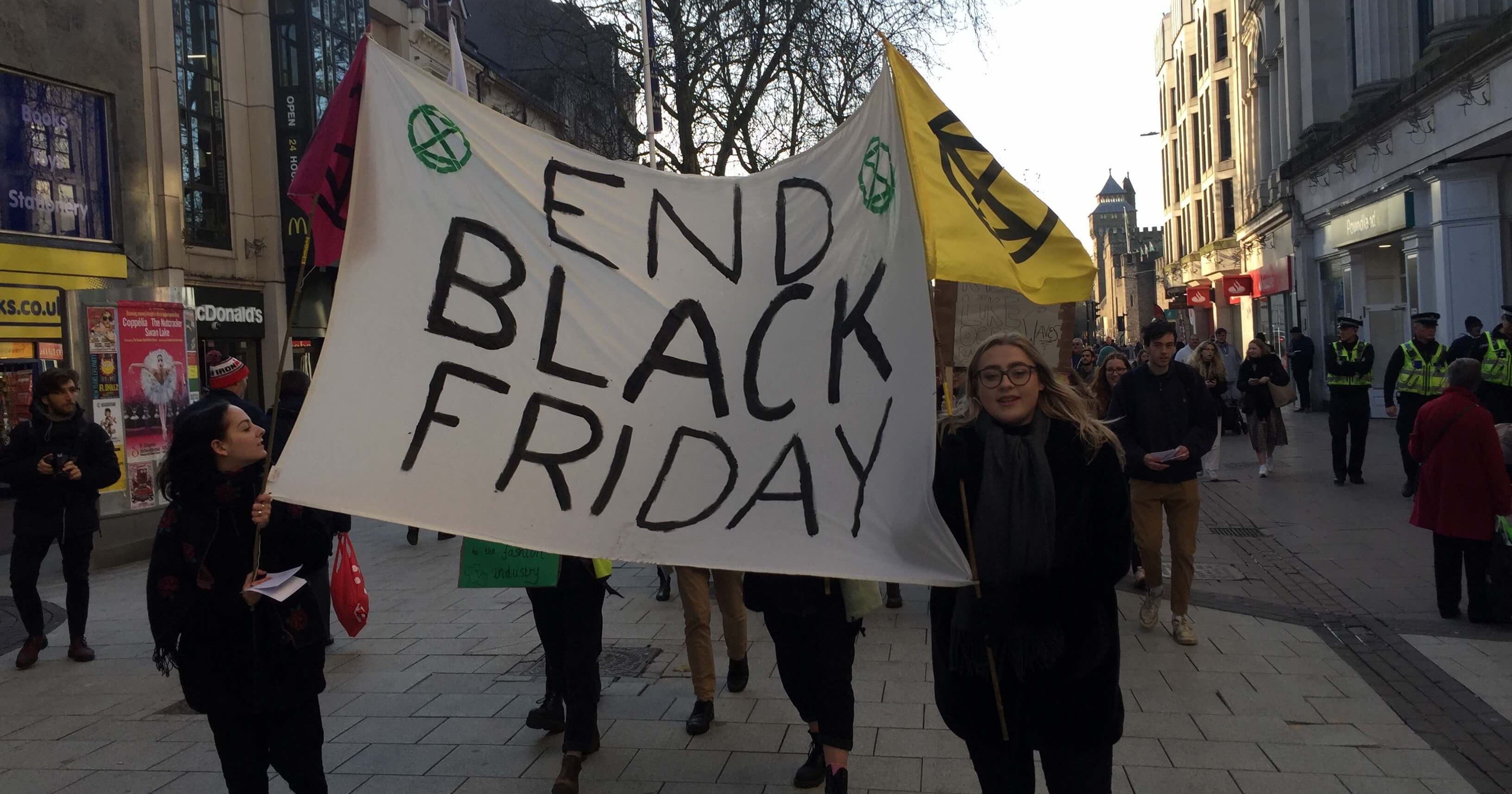 The event was part of a global climate strike

When the Cardiff Tab interviewed Black Friday shoppers passing the protests, there was a mixed response. Some members of the public criticised the obstruction in the shopping centre. Some mentioned the recent London protests in which protesters got on top of a tube train, stopping people from going to work.

When asked about the controversial tube protest in London, XR member Fraser said "that specific protest was only approved of by 3% of members which shows how the non-hierarchical structure means protestors can make questionable decisions in the name of Extinction Rebellion". Fraser also said he wanted to "emphasise the peaceful aspect" of the movement.

Mass consumption is destroying the biosphere. Waste, CO2 emissions, pollution from industry are all contributing to the climate and ecological crisis we all now live in. And these problems land on our shelves without us knowing. One of our members @matt_tom15 talking about this ^^^ @xr_cymru_wales @xrcardiff @xryouthcymru #BlackFriday2019 #BlackFriday #GreenFriday #EndBlackFriday #ClimateCrisis #EcologicalCrisis

Most members of the public responded positively, saying the group were "raising awareness and doing good work". Many shoppers agreed with the criticism of mass consumerism in the UK and the americanisation of the retail industry. Extinction Rebellion have publicly commented how ‘we are caught in a system that demands we buy the latest tech’ despite the environmental repercussions.

Ceridwen, a 19-year old philosophy student and XR rebel who was present as the ‘die-in’, told the Cardiff Tab: "if we get one or two people to stop and think about Black Friday and the fashion industries impact on the planet then I’m happy".

Follow the here for future events such as their talk ‘Heading for Mass Extinction (And What To Do About It)’ on December 4th and another ‘die-in’, on December 7th, under Dippy the Dinosaur in Cardiff National Museum.

Fire up your PlayStations: This is what a virtual Cardiff Freshers’ Week would look like