You’ll never believe it: Cardiff’s most well-kept secrets are inside street bollards

We've all walked up and down The Hayes and haven't even given the bollards a second glance, why would we? Well if you look closely, 11 of the seemingly ordinary posts actually have 'Edrychwch tu Fewn / Look Inside' written on them in orange text.

But what could possibly be worth looking at inside a metal bollard? 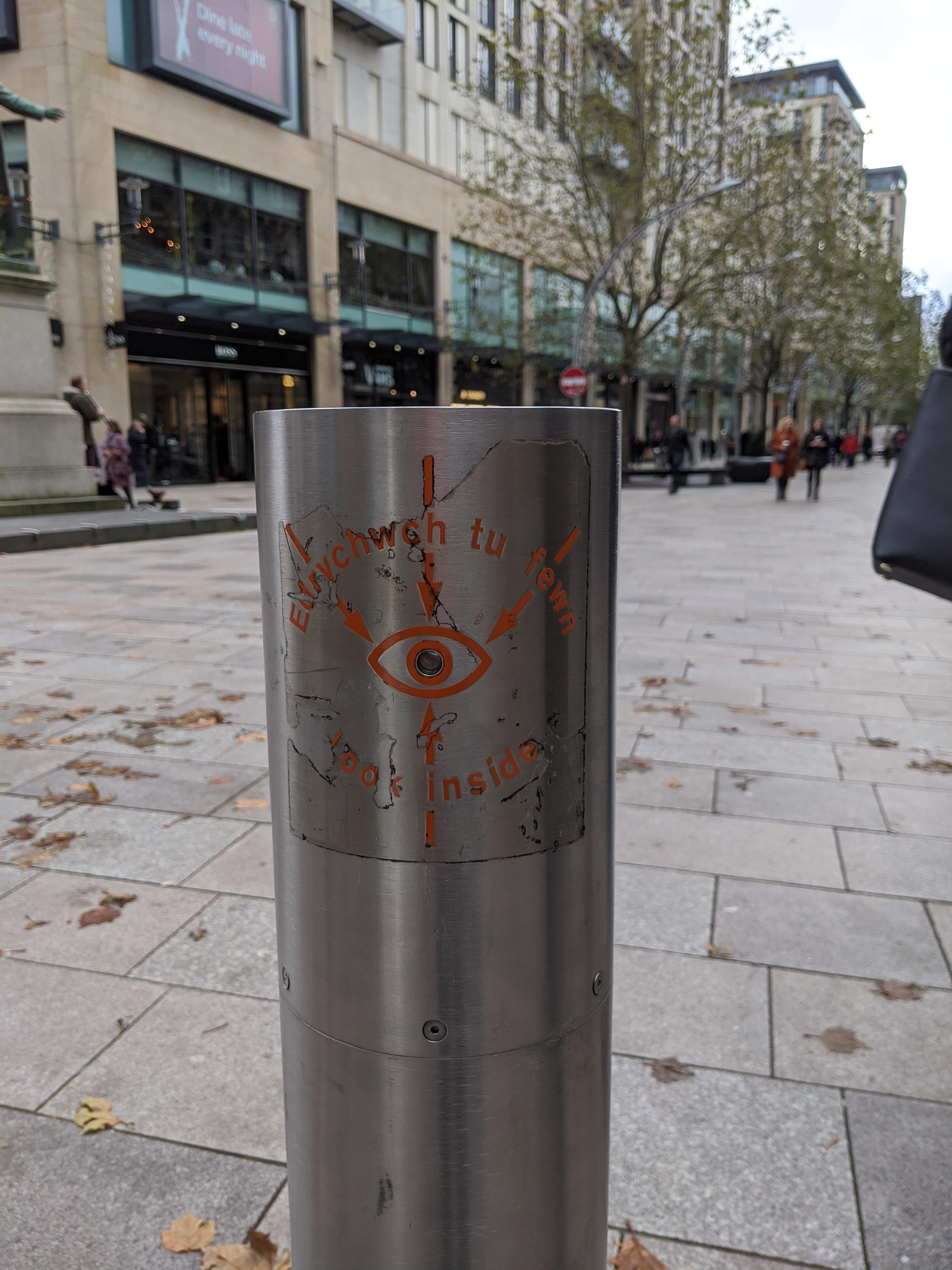 If you look through the 180-degree lens, you actually feel as if you’re peering into another world entirely, one that only exists in monochrome scenes inside the posts. 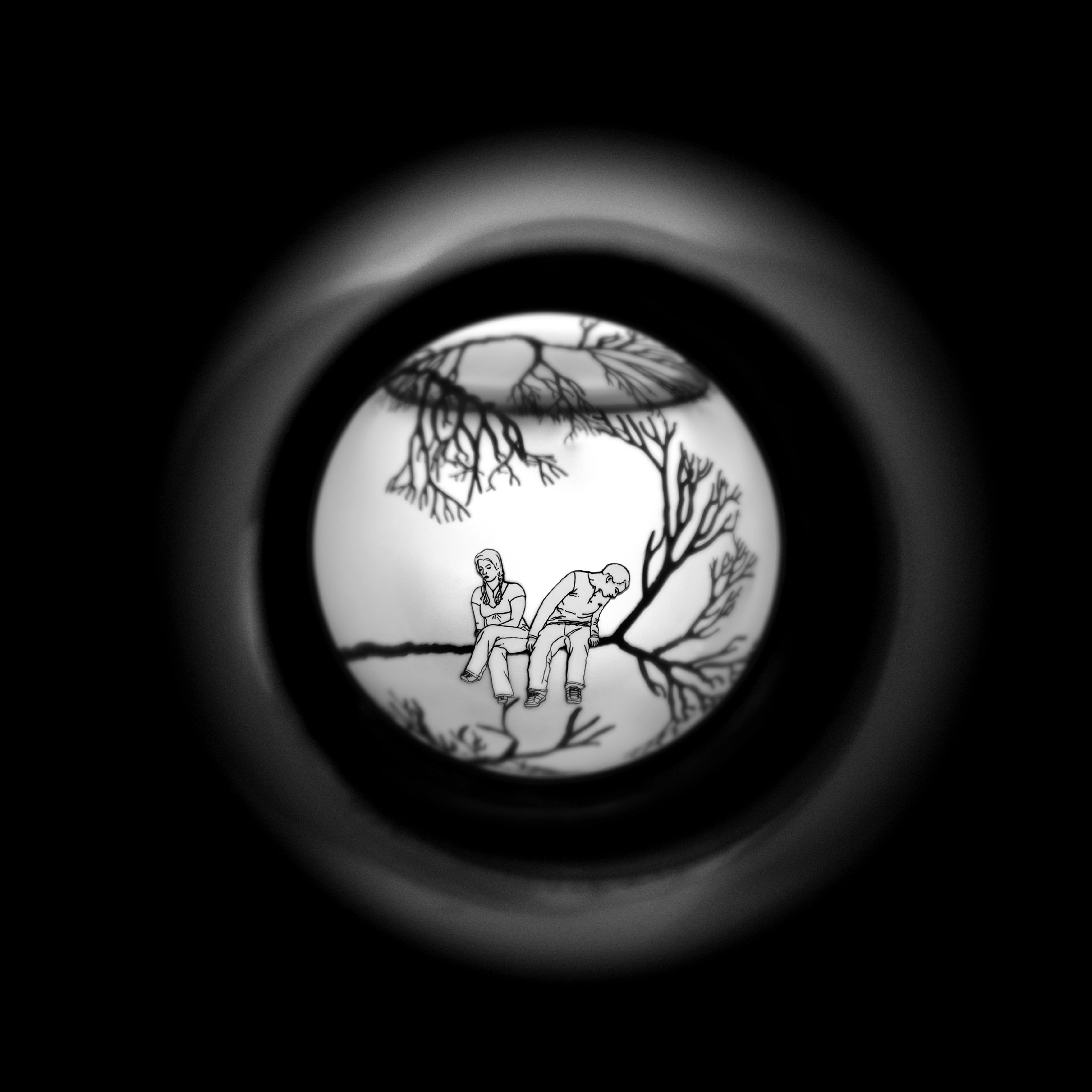 The artist, Jane Edden, described her work to Cheap Arts Cardiff as "a moment of stillness in a very busy street".

The snapshot effect allows people to make up their own minds as to what’s going on inside the bollards.

Jane told The Cardiff Tab: "I tried to keep the scenes ambiguous so that the stories are open ended". 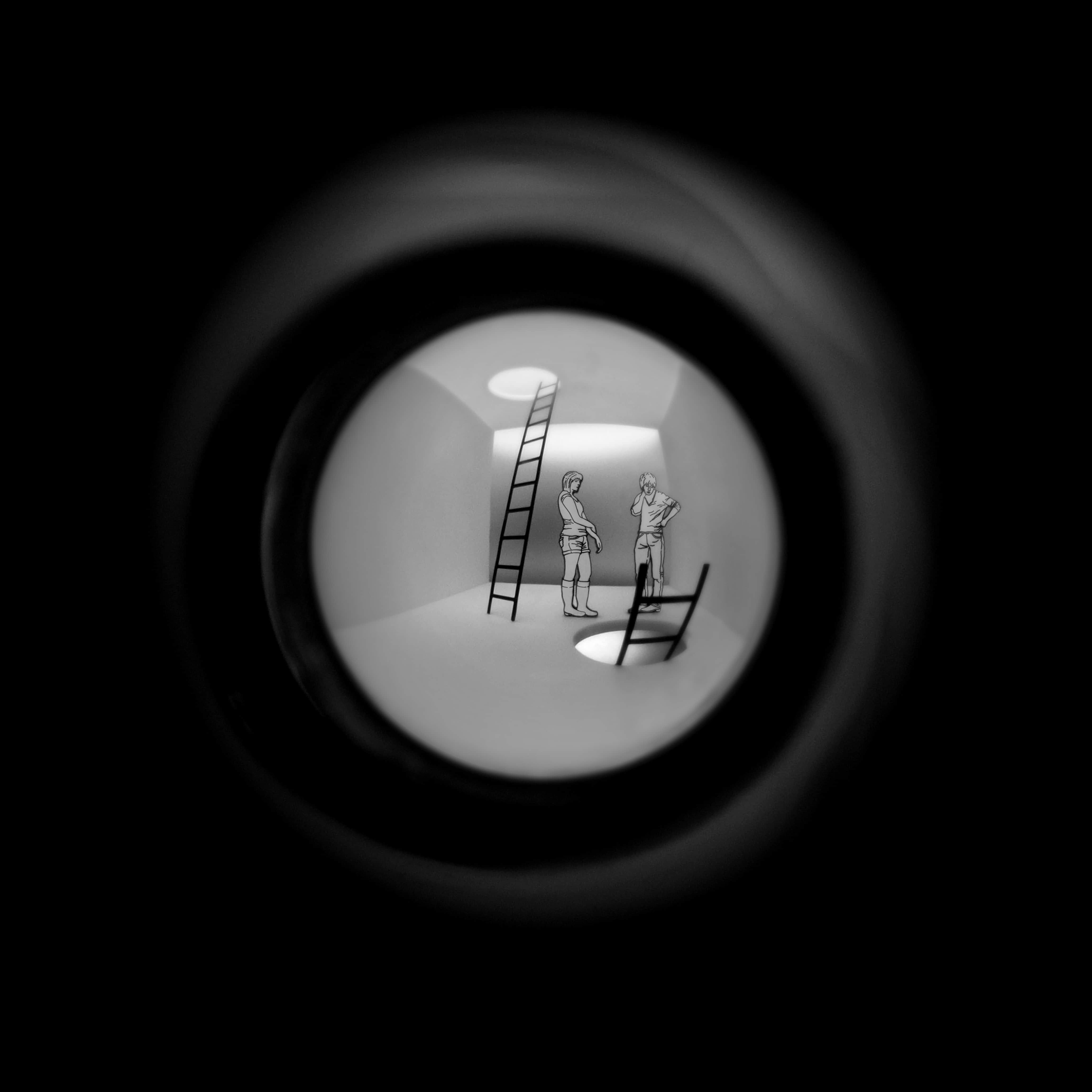 Post Secret was commissioned by the Safle consultancy and St David's partnership as part of a £1.5m public discrete art project for the bustling street of The Hayes and St David’s.

The artist also told The Cardiff Tab: “I wanted to create a bit of public art that was really subtle and that people who spent time in Cardiff could show to others… I love that the bollards are still being discovered now, it is exactly what I wanted to happen, but you never know if it will truly work out as you planned”.

Her subtle designs are Cardiff's best-kept secret, being hidden in plain sight for almost 10 years.

The art itself is actually inspired by students right here in Cardiff. Jane's observations at the Royal Welsh College of Music and Drama inspired her artwork and she began to sketch the students' body language.

Jane hopes with more being "in on the secret" that the art will get "another flurry of viewers".

Now, we know what you're thinking – won't a bunch of people stare at me weirdly as I crouch down to put my face next to a bollard? Probably yes. But seeing the art is definitely worth it. 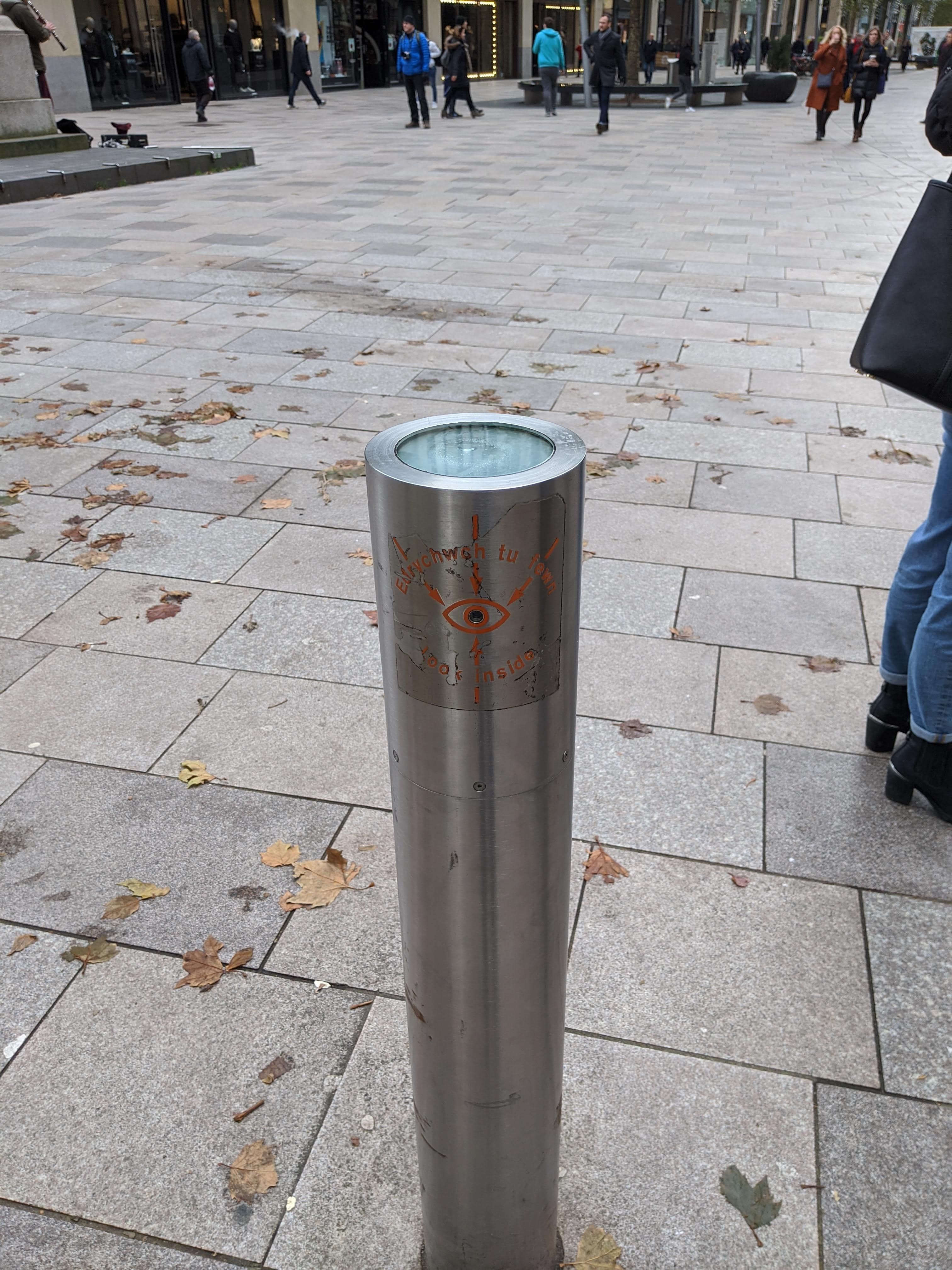