Many cars are being broken into across the Cathays area

Be vigilant with your belongings in your car

Over the past week, a number of cars have been vandalised around Cathays. The Facebook group for students 'Overheard at Cardiff University' has been inundated with posts from students warning others of car vandalism. 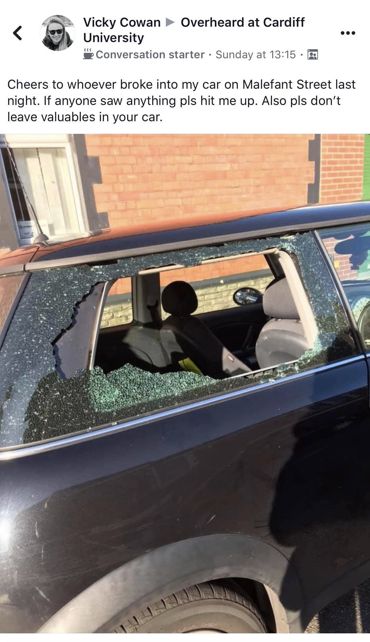 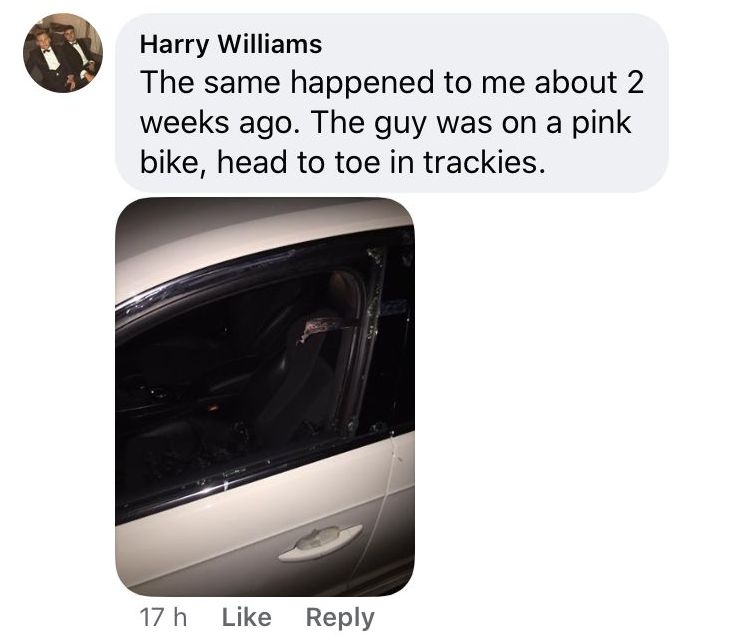 The vandal is on a pink bike, wearing trackies

From the posts on the page, it seems as though the car vandals are operating in the night on Saturday or early Sunday mornings, when most students are out at Juice or elsewhere.

According to one of the commenters on a post, local shop owners have been aware 'for years' of two guys that have been breaking into cars to steal belongings. 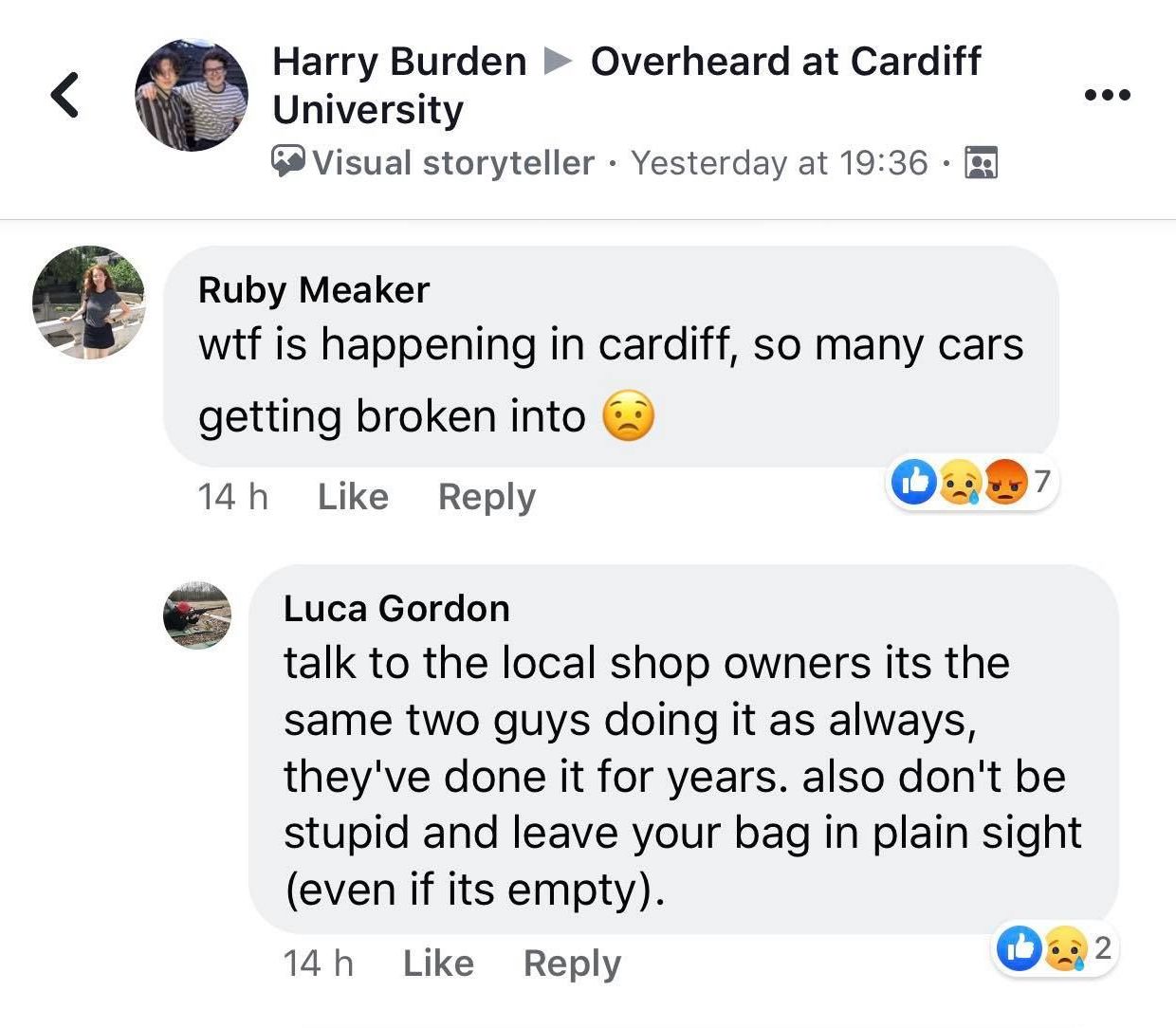 Due to the huge numbers of posts on Overheard, some students are urging those with cars to become more vigilant with their belongings and not to leave valuable in their cars.

This isn't the first time that cars have been broken into around Cathays. In 2018, the page had a similar spate of incidents, with students warning others not to 'leave anything in your car at night'. The police were made aware at this time. 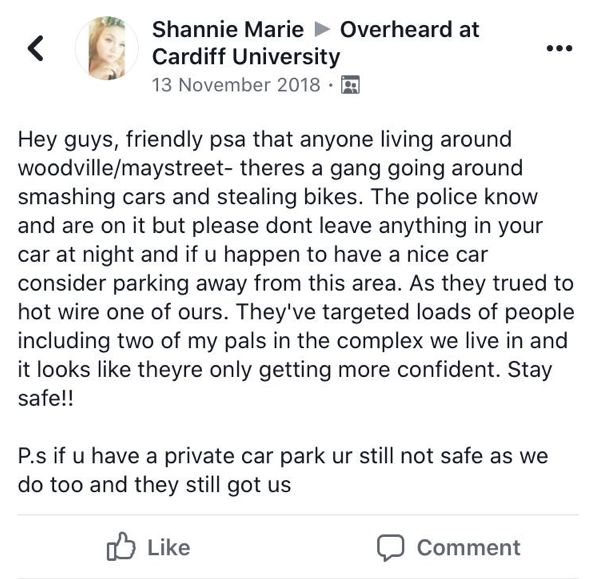 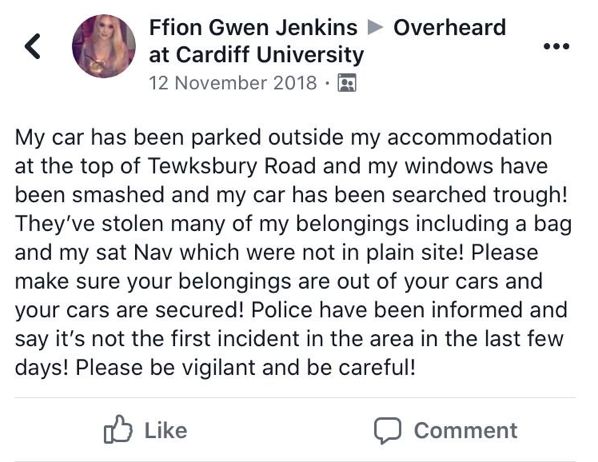 If you own a car in Cathays, make sure that you don't leave any valuables in it, and if this happens to you, alert the police as soon as possible.