An investigation is underway

An investigation has been launched by South Wales Police after an 18-year-old woman was grabbed on Pentwyn Road, Pontprennau, on Sunday evening.

The incident occurred at around 11pm on Sunday evening, before a passer-by intervened, causing the assailant to flee the scene.

The suspect has been described as white and stocky with a shaved head.

A spokesperson for South Wales Police said in a statement: “The victim although not injured was understandably shaken up. Extensive enquiries are on-going to identify and arrest the suspect."

Police are appealing for anyone who may have information regarding the matter to contact them on 101 or Crimestoppers 0800 555 111, with the reference number 416518.

The investigation comes after a slew of posts on Overheard at Cardiff University, warning of threatening, intimidating, and in some cases violent behaviour, against women in Cathays and surrounding areas of Cardiff. 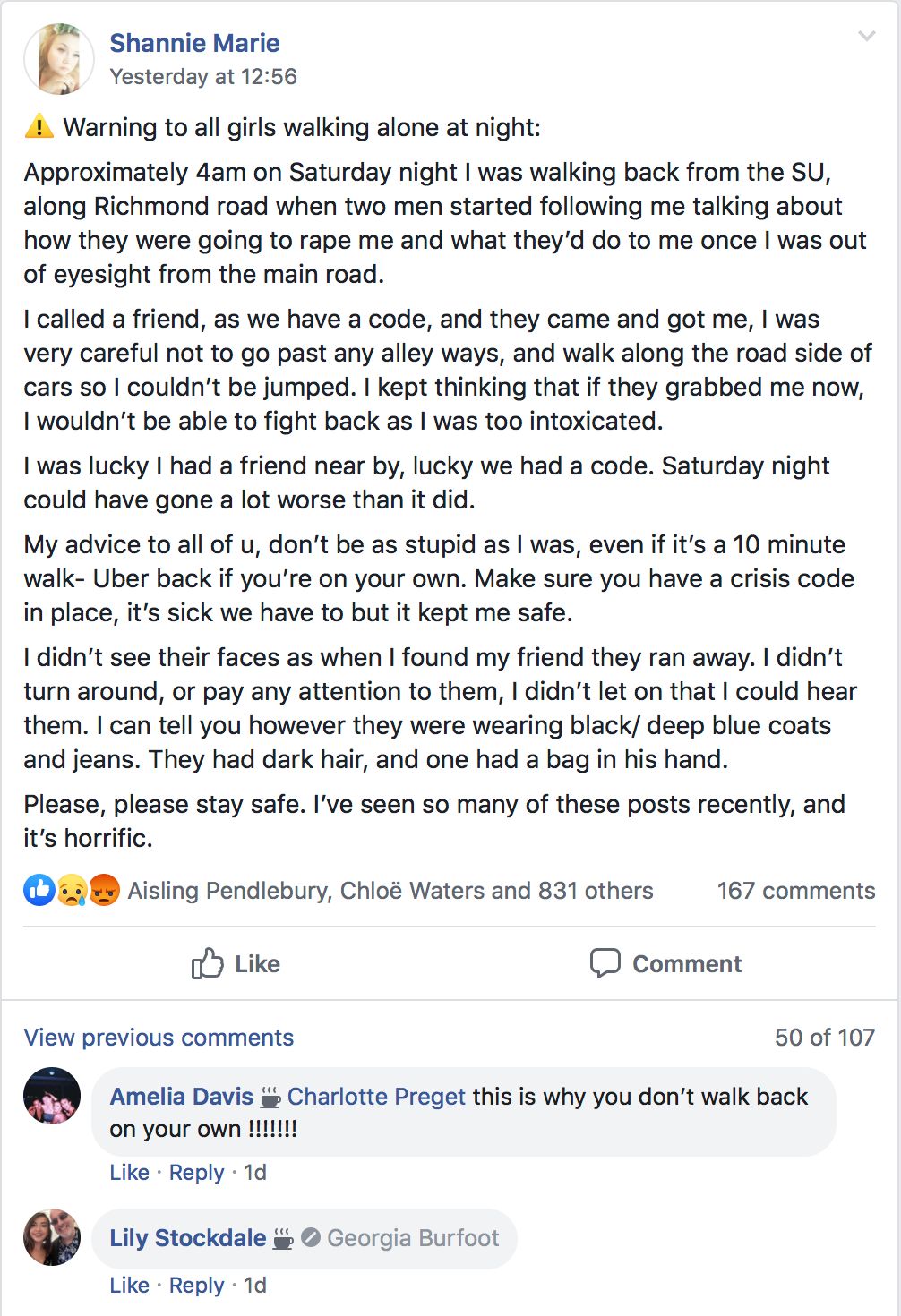 There are a number of options to keep you safe while walking home late at night.

The Cardiff Tab have created a Cardiff Women Walking Home group chat on Facebook Messenger, which you can join using the hyperlink.

Additionally, Dragon Taxi have created a service which allows you to pay at the SU on a future date, should you require a lift home but have no money. All you need is your student number!