The piece featured two writers, one of whom said that climate change was a serious issue we need to address, and one who said that man-made climate change is a fabrication based on 'unreliable evidence'. 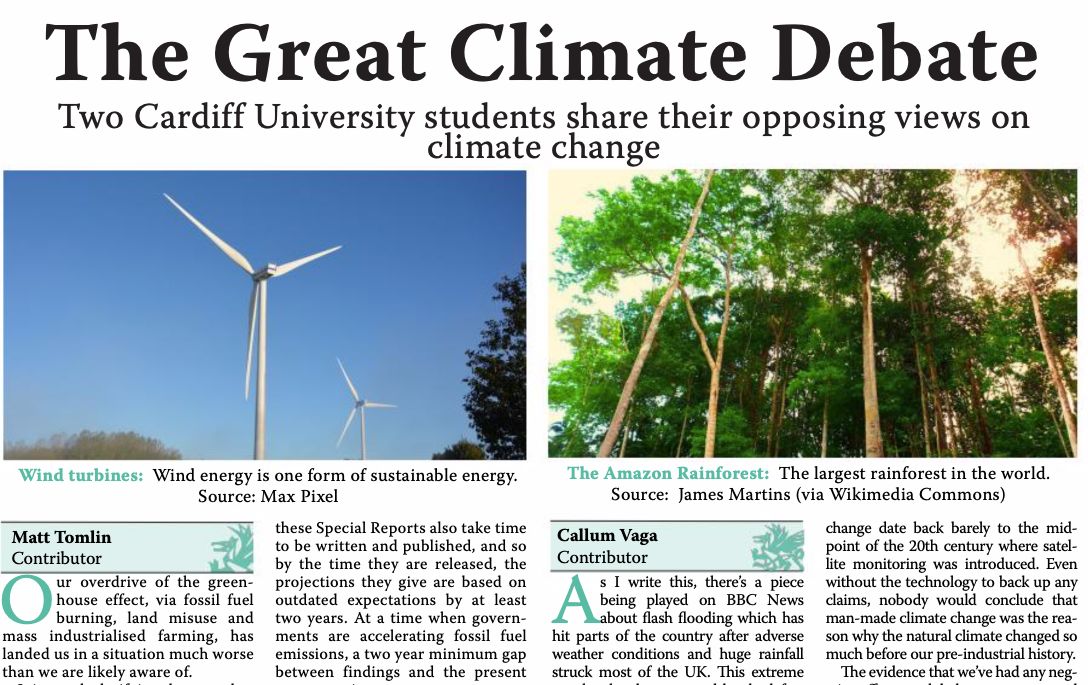 A brief snippet of the article in Gair Rhydd

The article stated that the current climate movement is a front to overturn capitalism and that current changes in our weather are no different to 'the Medieval warm period'.

There is a scientific consensus of over 99% that climate change is occurring, and is caused by human actions. In 2019, over 11,000 scientists made 'a clear and unequivocal declaration that a climate emergency exists on planet Earth.' The Intergovernmental panel on climate change has said it is impossible to argue against the evidence for climate change.

Some argue it is dangerous to present climate change as a debate, as it should be treated as fact.

"I felt disheartened after just graduating from Cardiff this year and feeling like the student body was progressive in it's thinking and held scientific evidence in high regard. It's important to call out this misinformation."

I feel sick to find out that @gairrhydd, @cardiffuni's student newspaper included an article framing climate change as a debate in it's recent publication allowing climate change denier misinformation to be regarded at the same level as peer reviewed climate science. (1/5) pic.twitter.com/tfaIp0DX5e

When Nia asked Gair Rhydd to retract the article they responded:

"We believe the Comment section should not be limited to the point where contributors feel unable to write freely their opinion on global matters."

The Cardiff Tab reached out to Gair Rhydd for comment but has not received a response.