Up to 215 rooms became available to non-student residents

Student residence 'West Wing' have announced their plans to let out hundreds of their rooms to non-student residents.

The halls of residence (currently still under construction due to a delay) has allegedly struggled to fill all of its rooms. 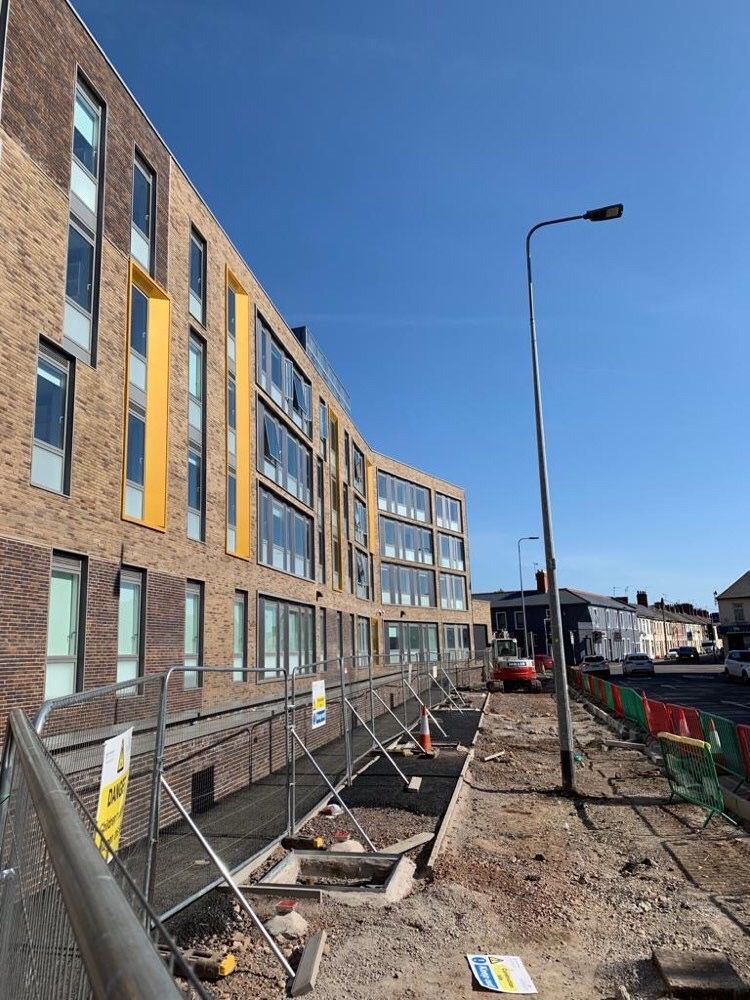 The building is still under some construction

The developer decided to seek permission from Cardiff Council to let out 215 of its 644 rooms to non-students on a temporary basis, which will last until September 2020.

Originally, Mace Developments requested permission to let out 400 flats to non-students and this was later reduced to 215. Cardiff Council has approved The West Wing's change of use, yet this is subject to the completion of a legal agreement.

The West Wing's management company (CRM) have confirmed that non-students "will not be allocated cluster room accommodation with student residents".

Further to this, The Tab Cardiff requested comment from Mace Developments regarding the issue and a spokesperson for the West Wing said:

"Our temporary planning agreement with Cardiff Council allows us to let some of the rooms to non-students for the next ten months. This is a common arrangement for newly built student accommodation blocks.

We are pleased to say that since application was made the vast majority of the rooms covered by the agreement have now been taken up by students.”

May the Freshers' pres continue.