‘Babysitting freshers is not how I pictured my 20s’

Ah Spoons, we love to hate you and hate to love you. With cheap drinks, a great gin selection and an app you can order from, what more could you want from a pub?

However, is it just as fun to work in Spoons as it is for a night out there? The Cardiff Tab spoke to two previous workers about their time working at Spoons and whether the staff discount and high wage is really worth it.

The ex Spoons workers revealed that awkward customers are a regular at Spoons. In particular, they explained they've had to babysit drunken students in the toilets after closing time, cleaned sick off the tables, floor and everywhere in between. It's safe to say the Spoons staff have seen it all.

It's a wonder how some of the students even found their way to the toilets, with them usually being a mile away up 8 flights of stairs.

Even though it's a nightmare for the Spoons staff, we can understand why some just chundered anywhere they could. 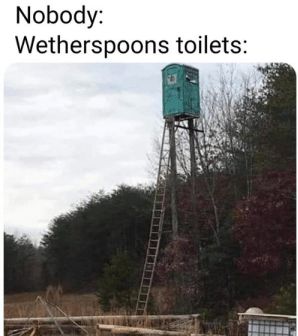 In fact, the ex employees spilled the beans that students are one of the worst customer groups to deal with. Oops.

We were told that in one Spoons, students came in and decided to play catch with the ceiling, using their pint glasses.

They're also big fans of pouring their own pints whilst no one's looking. I guess it's good in one way, as they're basically doing your job for you.

Although staff get paid £8.25 an hour, a rather generous wage compared to other pubs, things like that really seem to test their patience, unsurprisingly. 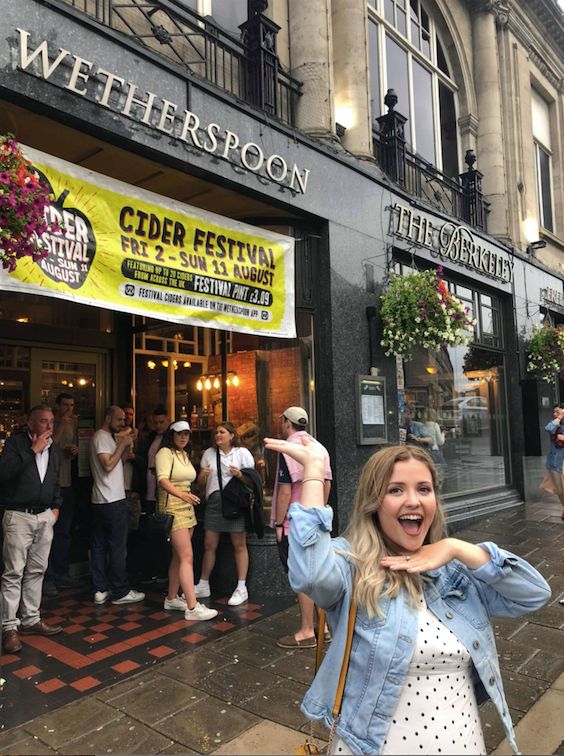 Let's be honest, we all get this excited when we see a Spoons

Cleaning is probably the worst part of the job

The ex employees told The Cardiff Tab that it can take up to four hours to close a Spoons in the evening, particularly during freshers, so workers often don't leave until 5am.

As much as we hate using paper straws, Spoons workers hate cleaning them up ten times more, especially when they're torn up like confetti all over the floor. Will we ever stop spitballing at our mates? Probably not.

Workers are encouraged to under-fill drinks

Apparently, workers are told to put extra head on pints and fill each glass mostly with ice in order to maximise profits. I mean, if you've ever had a pitcher from Spoons, you will be well aware of this fact. They're still delicious and great value though. 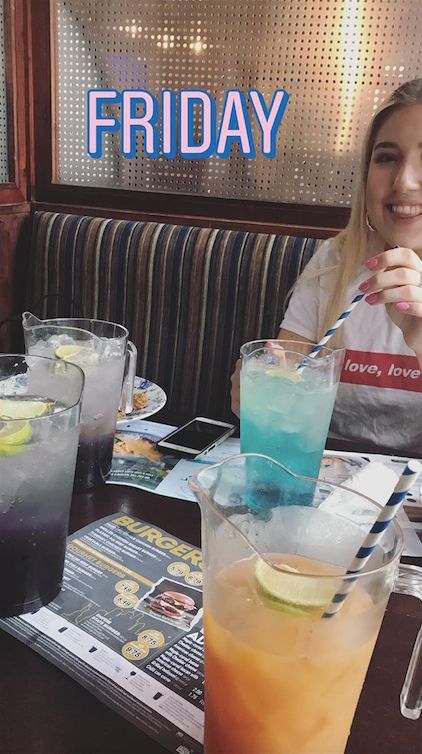 Orders from the App practically ruin their day

It's no secret we all love ordering off the app. No awkward small talk at the bar, no getting up every time you need to order. For us customers, it's a dream.

But if there's one thing Spoons workers hate, it's having to serve 'iOrders', especially when it's busy. It means the bar gets slower and the staff have to actually come and be friendly to you, even though you've irritated the shit out of them.

Apparently, the worst type of customers are the ones who send peas and milk to people's tables via the app for a laugh. It soon stops being funny for the employees but at least you got to see your mate randomly neck a glass of milk.

Be selective when ordering food

When we asked if everything was cooked in the microwave, we were told that yes, virtually everything off the menu is cooked in a microwave, no matter how much customers try to convince themselves otherwise.

The spicy meat feast pizza was recommended, and all the pizza's apparently have the same dough as they serve in Pizza Express. Yes that means you can get Pizza Express quality without paying that whopping £15.

But it's not all that bad

If workers hit the target for the night, they're awarded a free drink, along with monthly bonuses and gift cards if they continue to reach targets.

Not to mention the discount involved, if you like Wetherspoons food that is. Workers get 20% off food and drinks when they're not working, and a whopping 50% off food during a shift. Could be worse I guess but is 50% off a frozen jacket potato really that rewarding?

Although it's near impossible to avoid a night shift, workers are rewarded with a surge in pay after midnight, increasing from £8.25 to £9.25. Hearing of all the mid-morning antics however, it seems they deserve a tad more than this for babysitting drunken freshers.

Love to all of our Spoons staff, thanks for pouring our 2 for £12 pitchers and cleaning our sick at 3am.

How am I supposed to get over a breakup without the SU?

From snowtinis to hot chocs: We went in search of Cardiff’s best Christmas drink

A gift from me to you x

Here are Cardiff’s cutest independent cafés to visit this Christmas

A list of small business cafés to bless your Insta feed

It’s true: Gavin and Stacey will return for more episodes ‘one day’

Investigations are ongoing to determine the cause of the fire

The arrest occurred on Tuesday morning

‘This is our home, and we will be an equal part of it no matter the opinion of a loud racist minority’

The officers were in an undercover police car

Here’s how to keep your car safe in Cathays

Because we’ve all seen the posts on Overheard

What does your Covid-safe study space say about you?

Student Alex Line is the inspiration we all need right now

He is believed to have been obstructing officers

The struggles of recruiting society members at Cardiff Uni this year

The freshers fair has been sorely missed

They will stay in place for at least another two weeks

They are awaiting Crown Court trials next month

From snowtinis to hot chocs: We went in search of Cardiff’s best Christmas drink