The Miss Wales pageant started in the 1950s and prides itself on being 'an experience of a lifetime bringing young women together.' This year over 2000 girls applied to be a part of the competition, but just 37 have made it to the all important final.

And one of the lucky finalists, Laura Bennett is a student at Cardiff University. Laura is in her second year studying Economics, and The Cardiff Tab have spoken to her to uncover what it's really like to be a pageant finalist, the stigma pageants face, and the important work of a pageant girl.

What made you enter Miss Wales?

Pageants aren't all big hair, makeup and lavish dresses. The pageant has raised over £600,000 for children's charities in Wales in recent years, working to make a difference to the wider community. Laura told us:

"I wanted to push myself to do something that I don’t normally do, and at the same time gain confidence. I knew about the charity aspects in the build up to Miss Wales, which I really wanted to contribute to." 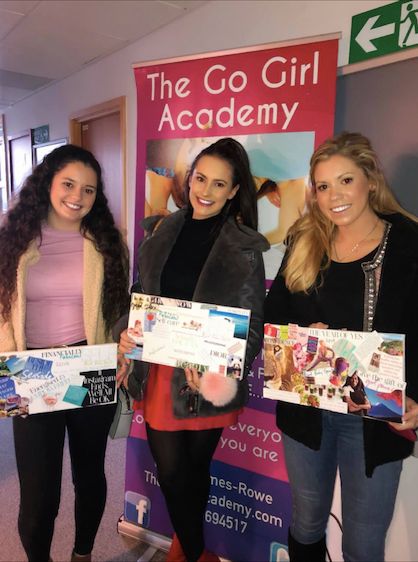 What qualities must a Miss Wales finalist possess?

"You obviously have to be well-polished and mannered, and know how to carry yourself, but the main quality is your drive and ambition, as well as how you plan to help other people."

The Miss Wales contestants carry out months of voluntary charity work before they go on stage in April for the final. The finalists are interviewed before a panel of seven judges, where they are questioned about their charity work, personalities, and hopes and ambitions for the future.

What preparation have you had to do for the final?

Laura told us that there's a lot of preparation involved for the final, including a pageant training day, meeting with organisers, buying the dresses and shoes, as well as preparing themselves for the all-important interview.

"We've had practice interviews, we've learned how to walk and behave on stage ready for the final.

"The organiser gave us a choice of around ten dresses for the red dress round, so some girls will end up with the same dresses. This means that the girls with more money don't have a massive advantage over others and everyone is on the same level. My red dress cost £24, and the others were similar". 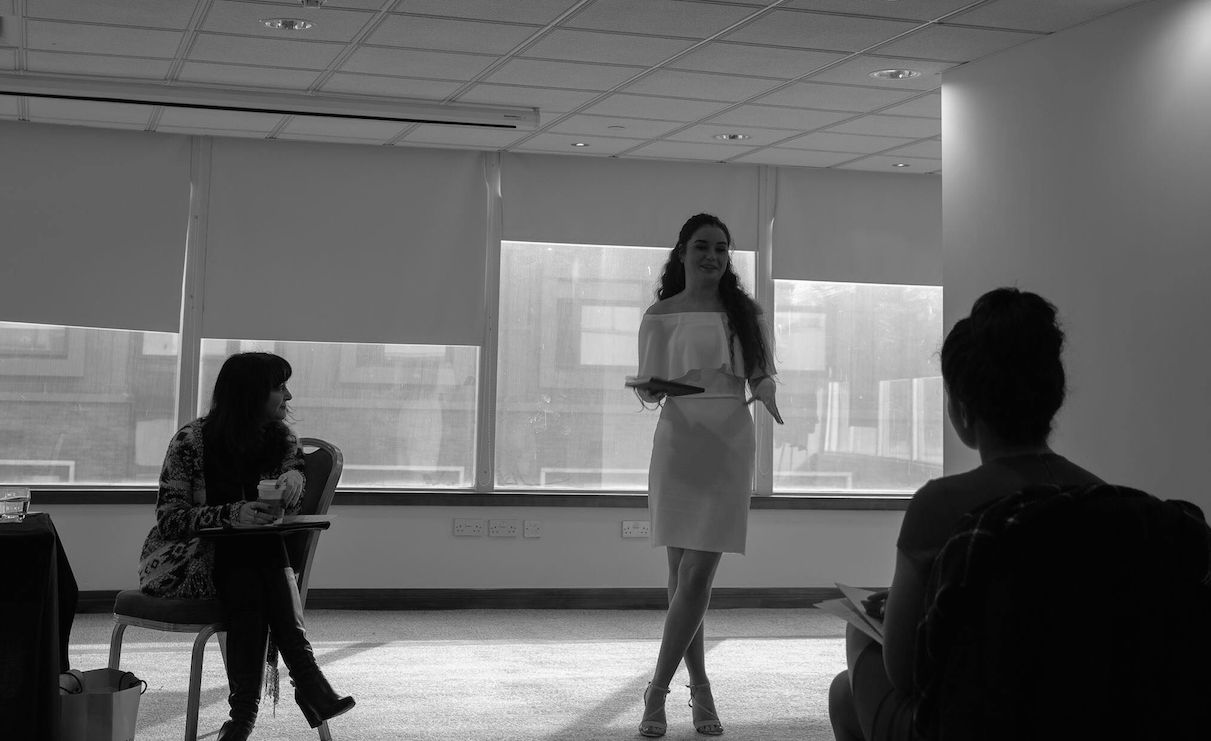 "Whatever you do, don't fall over in your heels."

How much does it cost to be part of the Miss Wales pageant?

“I feel like the cost of the competition depends on the girl, where they live, and how much they want to spend on dresses and things."

The main cost of the pageant is the £600 entrance fee, however most of the girls find sponsors so that they avoid paying this. Laura explained:

"Another girl sponsors me. She owns a dance company. We were both in the same interview and she knew that I was struggling to find sponsorship, so she offered to pay half of my entrance fees, and I paid the other half.

"With the evening dresses, it depends how much you want to spend. Obviously, there will be girls who will spend up to a thousand pounds. But other girls will find dresses in the sale for around £50.

"The girls from North Wales often end up paying more for the experience as they have to travel to the finals and book hotels etc." 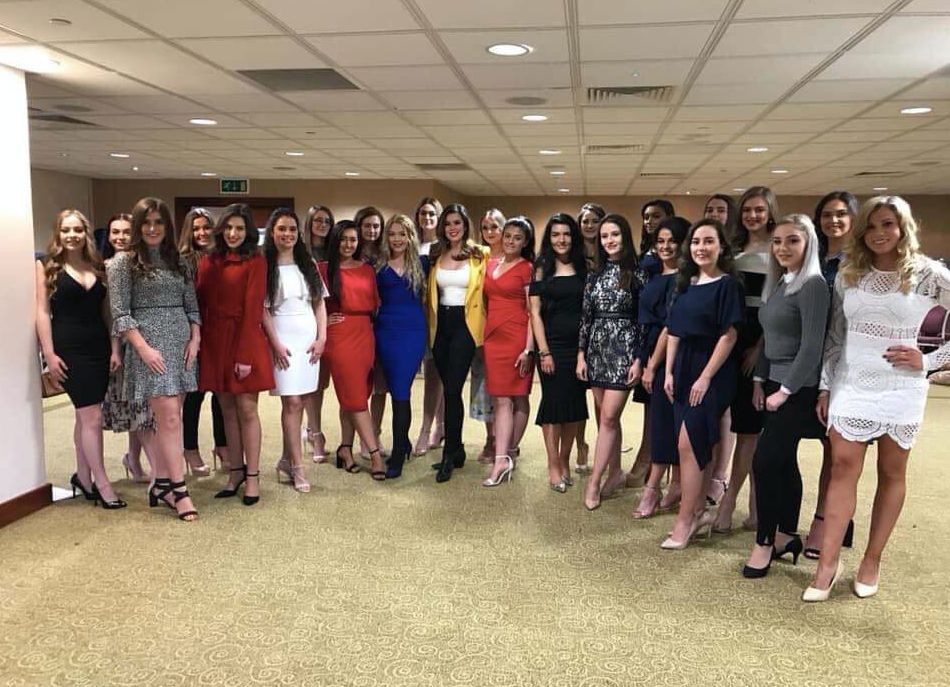 Are you more likely to win with an expensive dress?

"No, it really doesn't matter, as long as it looks good. The dress isn't the only thing that we're judged on. The judges will work out the ones to watch in the interviews. So the final decision isn't made solely on the dresses."

How is the competition judged?

“There’s a public vote on the website, and the three girls with the most votes will get a head-start in the competition by gaining extra points. After that, girls will get their points from interviews and their two walks (red dress and evening wear). Whoever has the most points at the end of the competition, wins."

What opportunities has Miss Wales given you so far?

“I've tried to contribute where I can. I didn’t realise that there are so many different parts of society that need help. It is impossible to help them all."

Laura explained that she has taken part in several charity events, and has more planned for the future because of her involvement with Miss Wales.

She has completed a 3-mile walk in wedges to raise money for 'Beauty with a Purpose'. She has also taken part in a 5k run, and is planning litter picking in Cathays, a 'Spinathon', and a fundraising party at a local rugby club with other contestants.

Is there a negative stigma facing pageants in 2019?

Laura explained that people are quick to judge the pageant girls, but this might be because they lack an understanding of how the pageant works and the judging system:

"People only really see the final event, where we're dressed up and judged on stage. They don't see the lead up to the final, where we do charity work and are judged on our qualities as a person."

What have you personally gained since being a part of Miss Wales?

“Definitely confidence. I feel like I’ll be much better prepared for job interviews and things in the future because we have to speak and walk in front of all the girls on the pageant training day. That was a massive confidence builder for me."

“I’ve loved challenging myself and doing something different. I’ve never done anything like it." 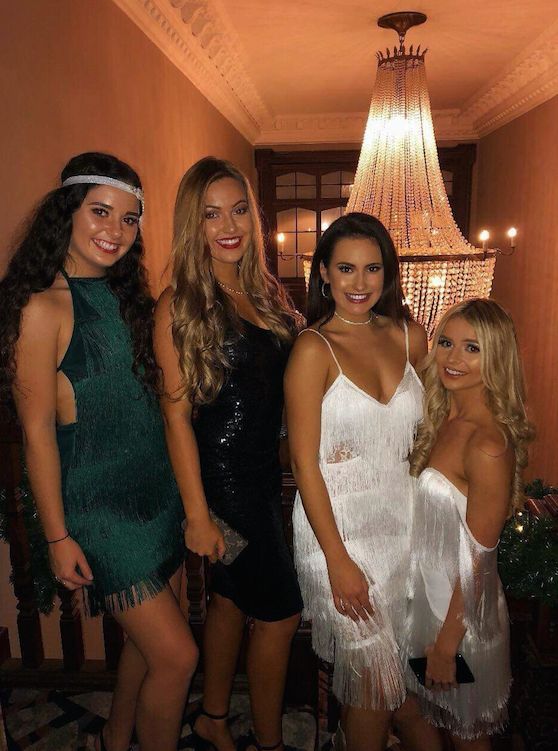 What prizes does the winner of Miss Wales get?

“The winner of Miss Wales gets to go to Miss World in Thailand, all expenses paid, for five weeks, where they will do charity work and meet with around 200 girls in the Miss World competition.

"Then the winner of Miss World wins £100,000 in cash. Mexico were the last winners. Wales have come close, but have never won it. It’s crazy to think that out of all these girls I know now, someone will win." 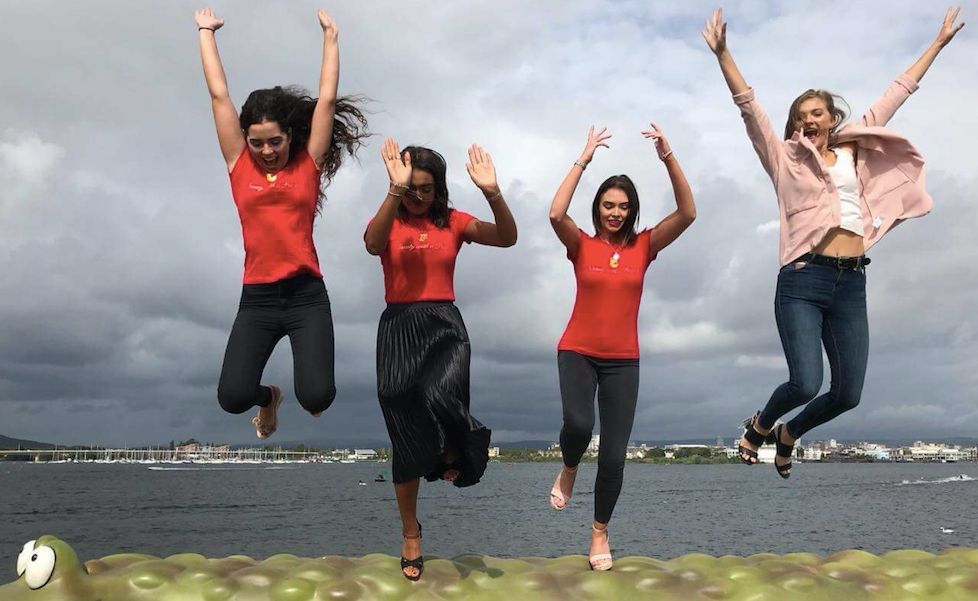 What advice would you give to girls wanting to enter Miss Wales?

“Definitely do it. You’ll only gain from the experience. If you don’t enjoy it, you can always drop out. People have dropped out because they felt it wasn’t for them. There’s no pressure for you to stay, it’s entirely your decision.”

The Miss Wales 2019 final will be taking place on Sunday the 13th of April at The Riverfront Venue in Newport.