15 signs that you may be a cliché ‘indie’ student

It’s fine, most of us are

The 'indie' student. Typically we picture someone who's fresh out of a gap year and ready to decorate their room with elephant print tapestries from their travels.

However, there's a lot more to the indie student. They are hidden amongst us with their unique Spotify playlists and love for vintage clothes. So here are the 15 signs you might actually be that cliche indie student.

You own a record player

Your music listening experience was '"incomparable" before you got your Crosley record player for Christmas two years ago. Twinned with the Talking Heads and David Bowie records your dad gave you, you're basically a connoisseur of music at this point. When you're on the move and can't bring your record player with you, you settle for your alternative playlists on Spotify.

Your music taste is entirely unique…

"The Kooks? Vampire Weekend? You've probably not heard of them, they're pretty niche." That's what you tell people when they ask what you're listening to. Because when you're not listening to The Smiths on your record player, you love a bit of Rex Orange County or Mac DeMarco. Just please don't talk to us about Taylor Swift. 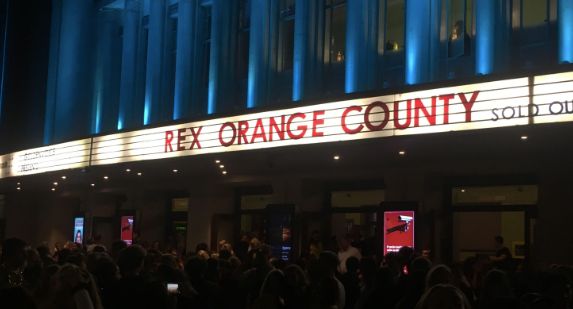 Pass us the Fuji Instax, we're gonna get some more angsty shots to add to the wall collage. Bonus points if you can get your whole friendship group into the same photo. 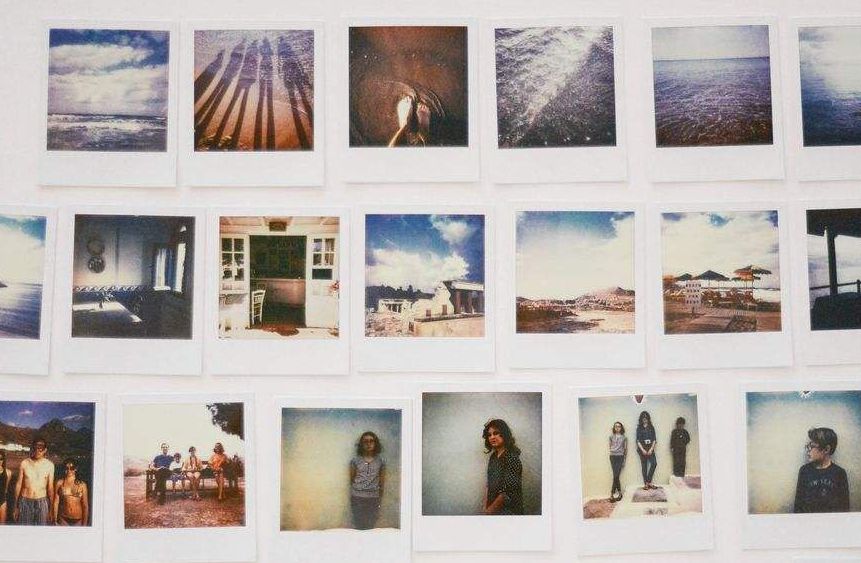 You love an artsy coffee shop

If there's mixed matched furniture, distressed wood and a barista with a short fringe or an undercut you're in the right place. You didn't drink coffee prior to uni but you're mature now … take a picture for the ol' Instagram story then drink your oat milk Americano like the tortured artist you are. 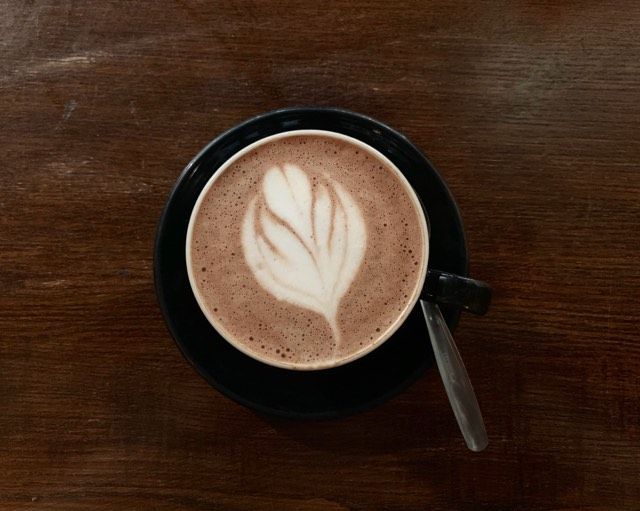 Sobey's, Hobo's and the vintage kilo sale are your havens. Sure, you may have paid £40 for a 90s Reebok jumper that your parents will undeniably dislike but you know you look the business bb. When the St Christopher necklace, mom jeans and scuffed docs are on, there will be no debating that you indeed have "wavey garms". 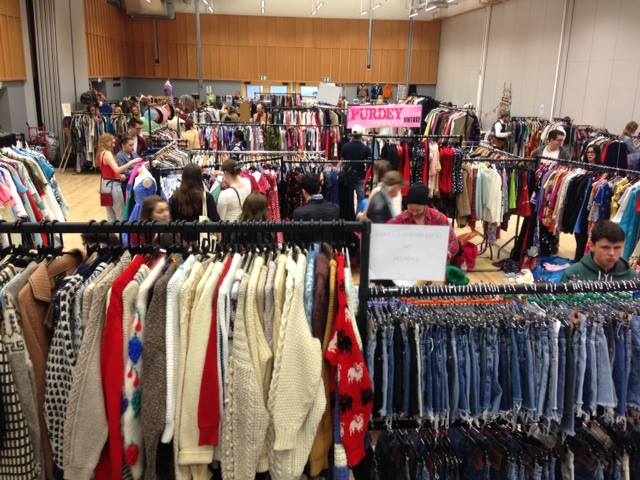 Just imagine the denim jackets hiding in there. That's some good shit.

Don't get me wrong, you're not a child, you're "at one with the human form", but you probably still laughed a little internally when the life model got their bits and bobs out.

Nothing pairs better with your vintage attire than a load of rings. Whether they be silver, gold or the cheap ones that low-key leave a green line on your finger you are looking like Fagin's wet dream.

(I must clarify that despite hella rings being a look, if you're rocking a toe ring you need to sort that out.)

A large percentage of your time is spent on Womanby Street

You go to Spoons like the rest of us but you're cool, so you also go to The Gatekeeper.

For you, the best nights consist of getting squiffy on red stripe in The Moon then going to a gig in Welsh Club- for the sort of band where the lead singer has curtains and wears a Hawaiian shirt.

You have one of those tapestries on your wall

This requires no real explanation. Everyone knows about the notorious tapestry that you most likely bought from one of those shops that smells heavily of incense and also sells the really baggy trousers that some gap year students seem to love. If your super cool you probably got yours whilst on your travels in South East Asia. 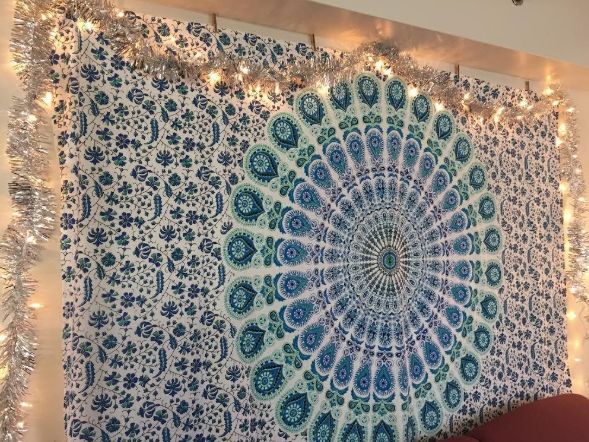 You're really into Wes Anderson films

Aside from most Wes Anderson films, you also love a bit of Richard Ayoade's 'Submarine', especially because you can tell people about how some of the scenes were filmed in Barry.

The French film 'Amélie' is probably up your street too, which you may have even attempted to watch without subtitles, you cultured swine!

You have a nose piercing

Blue Banana had a deal on and you couldn't resist. You're in uni, your nose is pierced and let's be honest, you're now the embodiment of rebellion. You can't be tamed- but you do take it out when you go home because your mum isn't keen on it.

You own sooooo many plants

Are you doing a joint honours with Agricultural Studies? No I didn't think so.

You may have stopped watering your plants two weeks into the term but they're still thriving and your cacti collection is a sight even Alan Titchmarsh would be proud of.

Astrology is important to you

"I'm a Libra, probs why I'm struggling with this uni work bois."

Something about stars being in alignment and a planet being in retrograde. To most it's confusing but you know wassup in the universe.

Of course you own a Kanken backpack

Even though a lot of people have them now, you bought yours "like four years ago when no one even knew about the brand" … you trendy young thing. 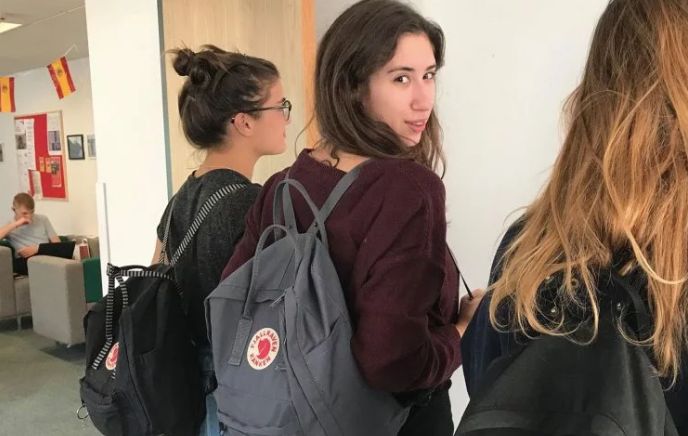 You play an instrument

There's no denying that any musical ability is impressive and it's completely understandable that you'd want to showcase that, but it can sometimes fall into the cliché sphere.

Play the ukulele or find it hard to resist the urge to play Wonderwall when someone cracks out an acoustic guitar? You may need to have a chat with yourself.

So are you a cliché 'indie' student?

If you are then there's absolutely nothing wrong with that. Spend too much money on vintage clothes, listen to your dad's records and watch some potentially pretentious films if that's what you enjoy. But please, for the love of God, don't tell people they have "good vibes", it gives the rest of us a bad rep.