Strike update: A referendum petition is being proposed to help resolve the strikes

This could make a real difference

A petition has been created by Cardiff University students to address whether the Student’s Union should help striking university staff win their industrial dispute over pensions more quickly, in a bid to finally stop the disruptions to our education.

Paulina Banks, Sam Veal and Katie Walters have called on Cardiff University Students' Union to hold a referendum on the question; stating matters can be resolved more efficiently if the Student's Union actively supports the UCU's industrial action.

They have added that, if the SU works more closely with the UCU officials and facilitates better modes of communication between staff and students, the dispute is more likely to be resolved quicker. 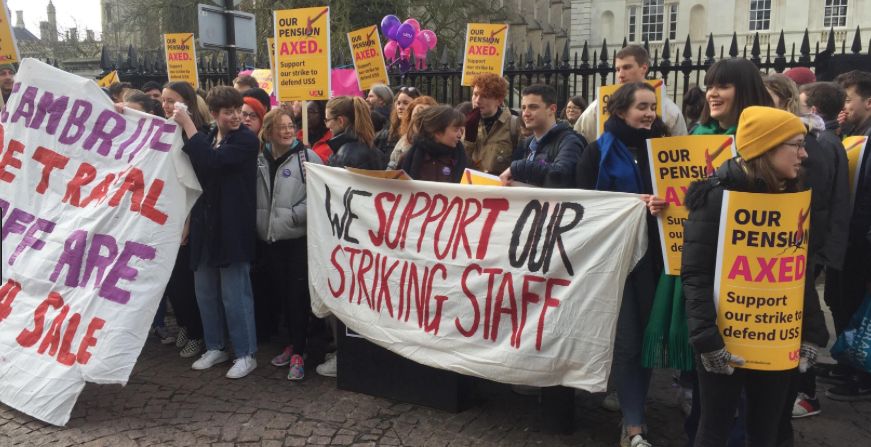 The referendum will be passed if at least 1,500 Cardiff students vote in the poll; already there is a majority in favour of the motion.

Katie Walters, a third year History student who has organised the petition said:

"If we get the SU on our side, we can really stand in solidarity with the lecturers and create a solid platform for student support regarding any future strikes. All students need to come together and work towards stopping this."

"We think the petition is important in demonstrating that students will be active with regards to the strikes and not allow either lecturers or ourselves to be treated so badly. The referendum will be important because we need a fresh student voice, to show the Vice Chancellor that we continue to have a unified body."

Cardiff students have not yet been asked directly what position the SU should take and the SU have so far remained silent on the matter of the strike. However, this could change with the petition.

All students who are concerned about the impact of the strike on our education can sign this petition before 9am on Tuesday the 3rd of April.

The petition can be signed here.