‘Every crying person was greeted by a stranger with open arms’: What it was like being part of the Manchester vigil

Thousands of people of all ages, ethnicities, and religions stood side by side in solidarity.

For anyone living outside of Manchester, it’s hard to comprehend the idea that this bustling city with millions of residents could feel so safe and secure. It’s the nod to every stranger as you walk down the street, and the sense of community built on years and years of a shared home. A city in love with music and sport, where all ages, races and all walks of life come together in this magnificent city.  It’s because of this, an attack on the city is so hard to comprehend. 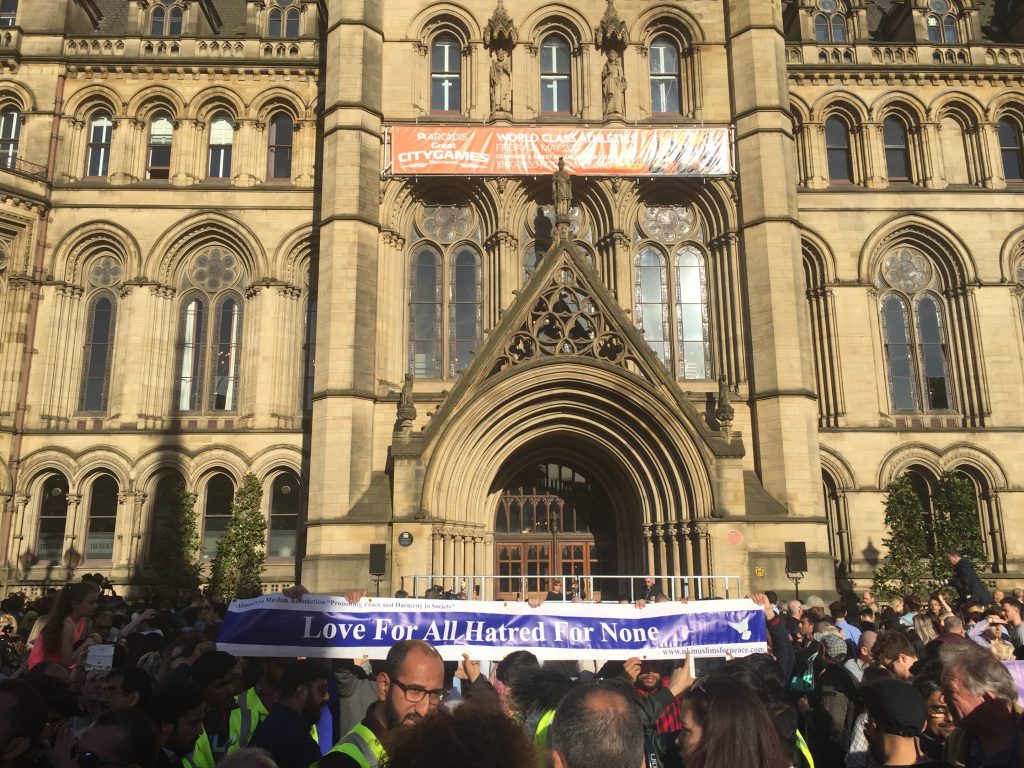 An event of this monstrosity so close to home takes a while to feel real. Whilst I’d been glued to my social media on the night of the 22nd, it wasn’t until the next morning when I turned on the news that I realised the magnitude of the tragedy.

Seeing my twitter timeline fill up with the people of Manchester offering their homes and services made me determined to join the thousands in the city centre, to pay my respect to all the innocent young lives lost the night before. 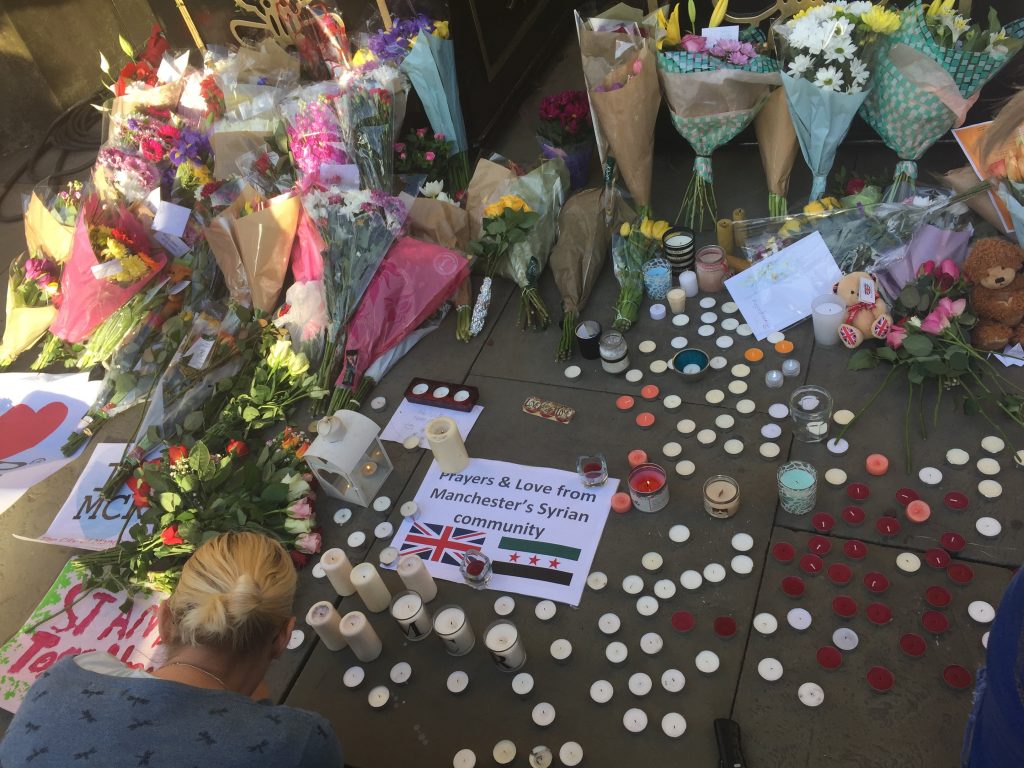 When I stepped off the metro, already teary-eyed, I was heart-warmed to see nearly all of the passengers head in the same direction towards Albert Square. The atmosphere was unlike no other, thousands of people of all ages, ethnicities, religions, stood side by side in solidarity. Free food stalls lined the edge of the square next to groups of volunteers with ‘talk to us’ on their jackets, offering a friendly conversation to anyone that needed it. Every crying person was greeted by a stranger with open arms and a smile, despite the horrific events of the night before. The sense of hope and unity at the vigil was incredible. 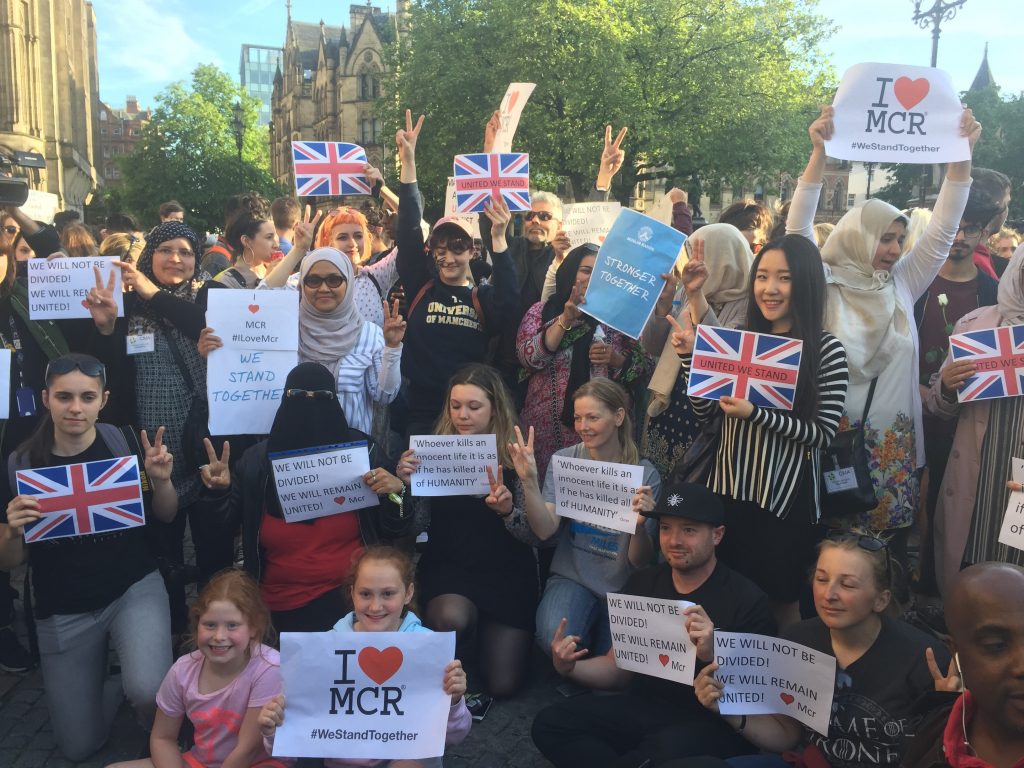 As the masses died down, a lady named Sid spoke to a crowd and explained that the terrorists represented Islam no more than they represented any other religion. The ‘UK Muslims for Peace’ signs were held high by rows of Muslim men and the message was loud and clear: that the attacker was one cowardly man that represented only himself. 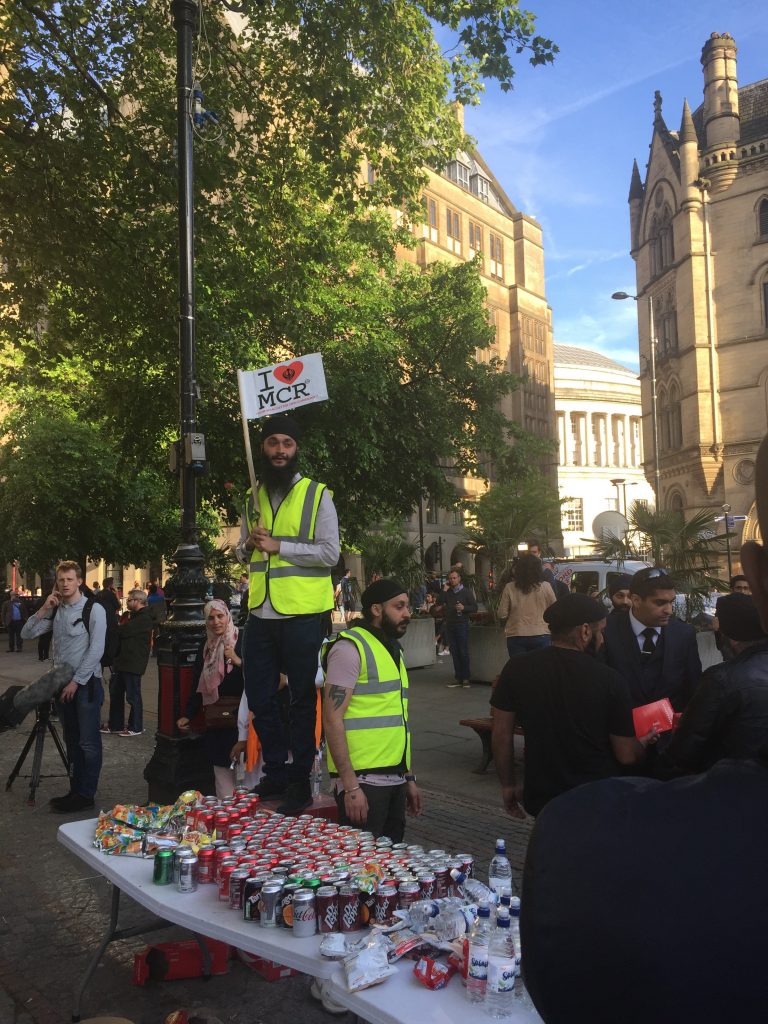 When I came across the masses of flowers and candles I broke down in tears thinking of all the young people, enjoying their lives to the full, had lost their lives because of such a monstrous act of hate. But it took minutes for my chin to be lifted by the man beside be, who reminded me that a community as strong as Manchester’s will never EVER be defeated by any act of evil. 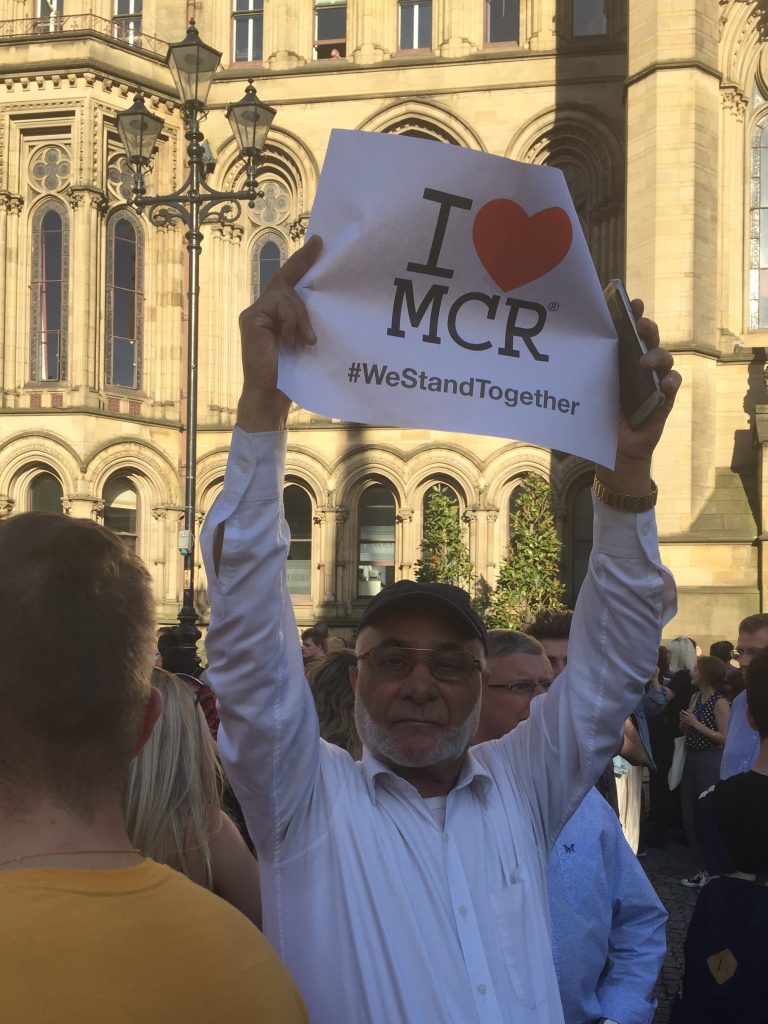 I watched Tony Walsh’s poem on repeat when I got home and realised the man beside me at the Vigil was right. “This is a place that has been through some hard times… but we keep fighting back with greater Manchester spirit, northern grit, northern wit.” Manchester, the place I have, and always will call home, has experienced arguably the toughest 24 hours in its history, but it’s thanks to the soul and spirit of the people that the city has never felt so strong and united.

Manchester will always be a city united against hate.