Winter Wonderland ride crashes into itself at 200ft

It’s back up and running now, if you like a thrill…

Whirling carriages on the Sky Ride attraction at Cardiff’s Winter Wonderland crashed into each other on Friday in incredible scenes caught on camera.

Leanne Williams, visiting the park, shot the terrifying moment and posted it on her Facebook, and onto Youtube by the BBC. 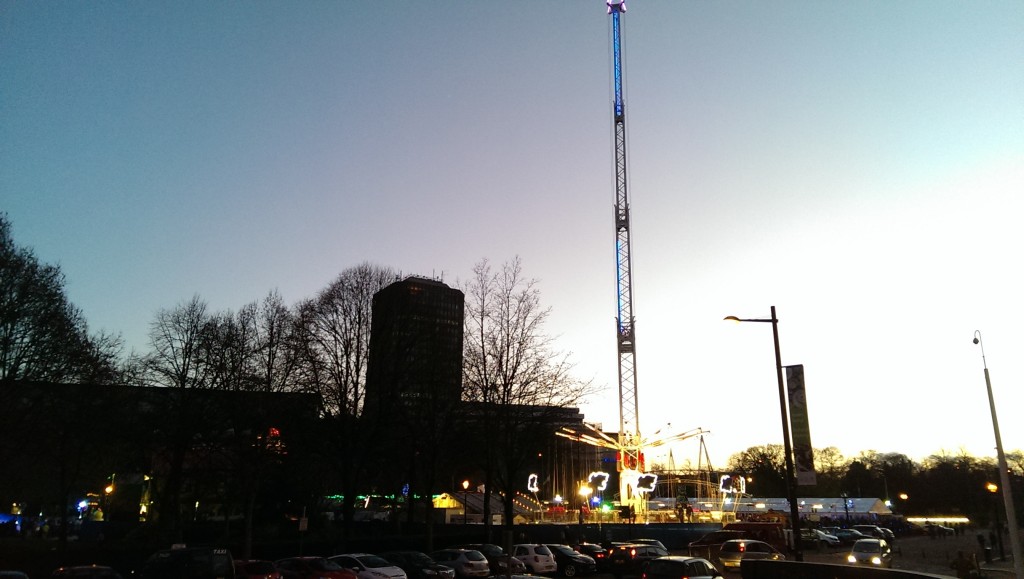 The ride has re-opened, but very quiet in an otherwise busy Winter Wonderland

The empty carriages were blown around by some typical Welsh blusters and clashed together at an altitude of 200ft- a height the ride proudly claims as the highest of it’s kind in the world.

Those on the ride at the time were not injured, but were left dangling in December temperatures for 15 minutes after the ride automatically shut down. 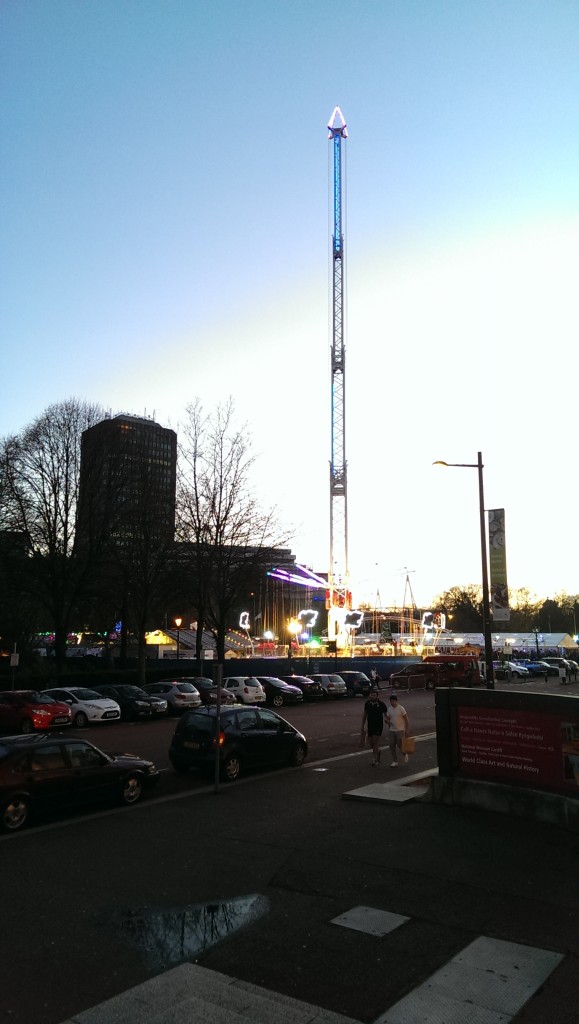 Ride operators Sayers Amusements told Wales Online that there was no fault in the ride before it automatically shut down.

A spokesperson said: “Measures have been introduced to prevent this from happening again. In fact those using the ride at the time remained on site after the incident and some went skating.”

Skating? I don’t think I’d be able to feel my legs after that.