First they changed the name, now this

Angry students blamed security after a huge queue turned nasty outside the SU on Wednesday night – leaving many students fearing for their safety.

Newly named YOLO was a hit this week with the queue stretching back along the street, but things turned nasty as eager revellers pushed forward.

Steph, a 3rd year student said: “It was outrageous, we’ve been coming to the SU on Wednesdays all the time I’ve been at uni and it was never as bad as this.

“We were on a social expecting a small queue but when we got there it was almost back to the train station and people were surging forward and trying to push.” 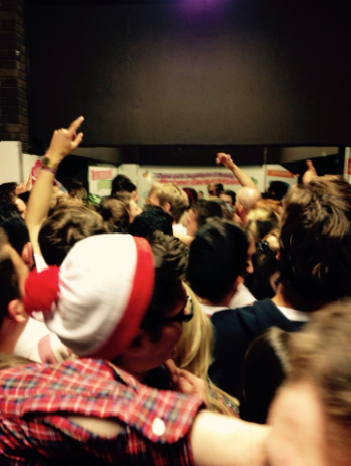 “When we were in the queue near the front there was so much pushing I could hardly breathe, I was being crushed and my friend fell over. She could have easily been trampled on.

“I could see people being squashed against the barrier. Everyone was screaming and people were getting angry at being shoved, others were just pushing for the fun of it.

“I think it’s outrageous that the bouncers clearly didn’t have control over the situation.”

The security team were all too eager to flex their muscles during Freshers week, but revellers said they found them unhelpful in the queue crush.

One student told The Tab: “It didn’t get any better, we were in the middle of the queue and people kept pushing in at the sides making it impossible to breathe.

“I was pissed off because I was meant to be on a social enjoying myself and I was just sobering up being pushed and shoved by idiots who weren’t being controlled. I felt like someone could have really got injured.” 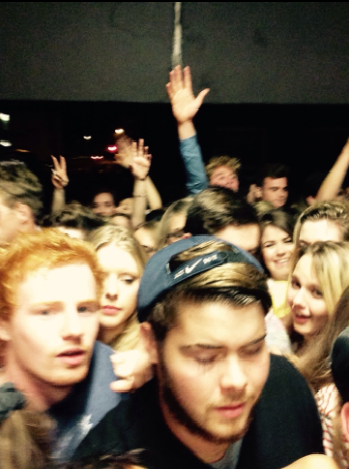 Bethan an English Lit student said: “My friend and I were up against the wall and were actually crushed. It was horrific.”

The majority of the students who spoke to us were concerned with what could have happened if it got further out of control.

Meg on a social told us: “I genuinely thought my ribs were going to be snapped.” 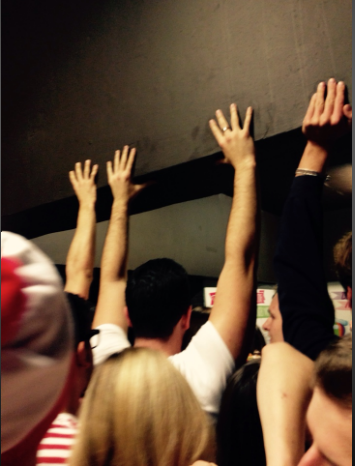 Charlie, a third year Journalism student felt the same: “It was absolutely horrendous I felt like a caged animal. There was a complete lack of control from security. Someone could have got seriously injured – it will probably take that to happen for things to change.”

Other students also complained about “the lack of system in place.”

Niamh, a third year who was on a netball social at the time: “I have never seen it so bad. They need to put more gates and bouncers in place to control people, there is no system in place.  Rather than getting better it’s getting worse.”

Do you have a story or good pictures? Send them to [email protected] We’ll pay you instantly if they’re really good.