My housemate’s a pole dancer

“I’ll be back in a bit guys, just going on the pole” is a sentence I never thought I’d get used to hearing in my house, but now it’s just the norm.

My housemate, a fiery feminist and final-year Politics student, Sam Roberts, has a pole in her bedroom and goes to pole dancing classes every week. She’s been dancing since she was five years old, starting with Ballet, only taking to the pole a year ago. She is already incredible, sometimes teaching classes herself. 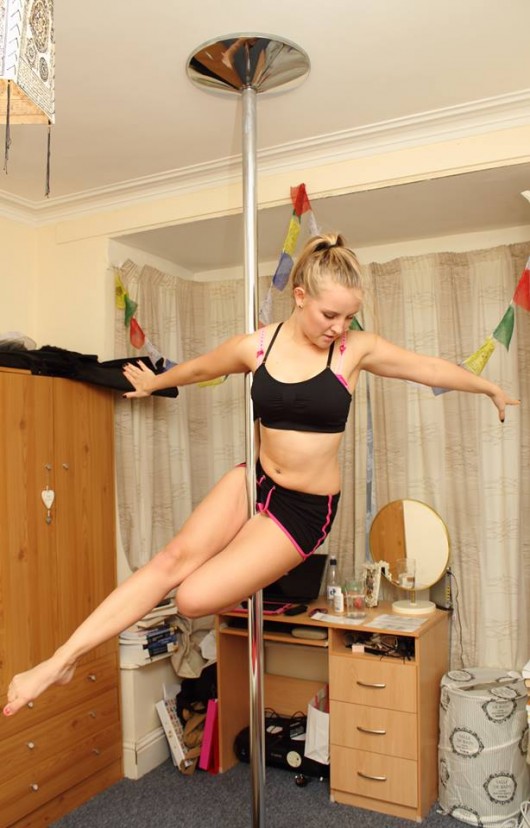 I am ashamed to admit I raised a brow when I learnt of my housemate’s hobby, given she has strong feminist values, but Sam showed me why I was wrong to judge, and how there is a lot more skill to pole fitness than I first realised.

“There are some people who think it’s weird that I pole dance and am a feminist. But to me, feminism is about choice and I don’t do this for anyone else’s enjoyment but my own. And even people that do, it’s still their choice. It’s not a feminist issue for me.”

“It’s just about the exercise and the dancing, the way it looks, the skill that is involved. It’s interpretation”, she tells me.

“Women have a right to their own bodies and what they wanna do with their bodies. I say that to people if they’re ever funny about it.”

“They’re so wrong to ban it, Swansea are just stigmatising it further. It should be about the skill involved and people really need to broaden their definition of what dancing includes.”

It is my body and I can do what I want, but only to a certain extent, because I am not flexible or agile in the slightest. I had a go anyway. 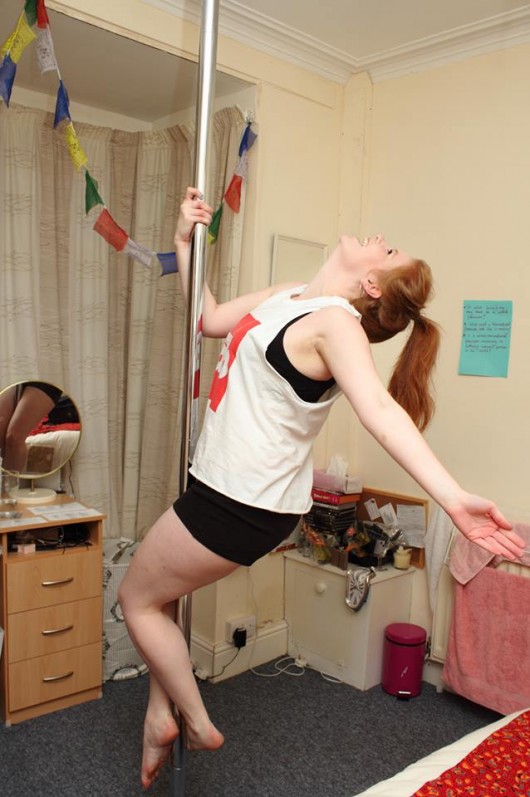 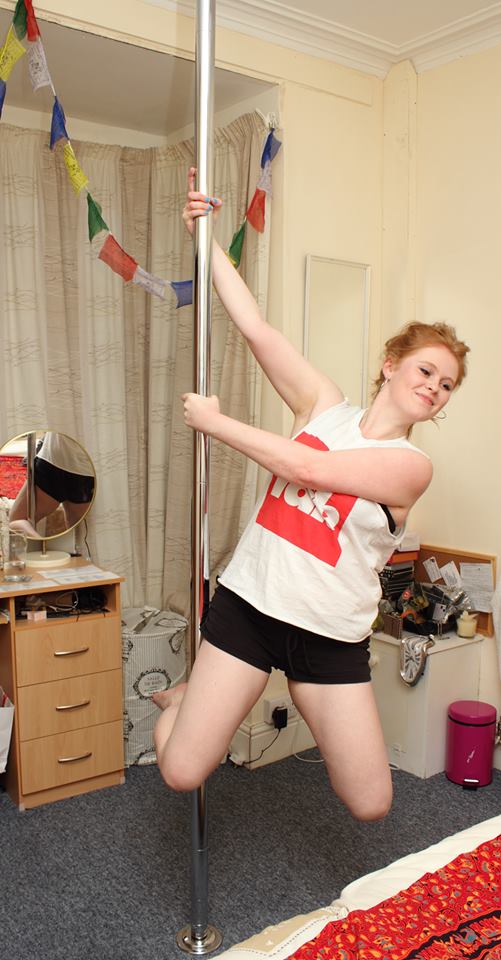 Sam: The people that do it don’t take it as seriously. It’s such a laugh. The people who do it are so supportive of one another.

Who can do it?

Anyone! Some women who do it are size 20. Anyone can do it if they wanted to! No one is excluded and that’s why I like it.

How long does it take to learn a move?

You build up your strength so quickly, you can’t do something one week and then the next week you can, by some miracle!

Are there any important qualities that help before you start?

How many times a week do you practise?

Three or four times a week. It’s too much really because you can bruise your body.

Ever used it as a pick up line?

Yep. “I’m a student and I’m also a pole dancer” usually goes down quite well.

Would you ever consider doing it for money?

I’d never pole dance for money. Fair enough if that’s what they wanna do, I’m not gonna judge them. But no, I would not.

What do your parents think of it, Dad in particular?

They don’t really mind…my Dad doesn’t really say anything. He’s not anti it, he’s just like “fair enough, keep it to yourself and don’t do a newspaper article…” [we end the interview here!] 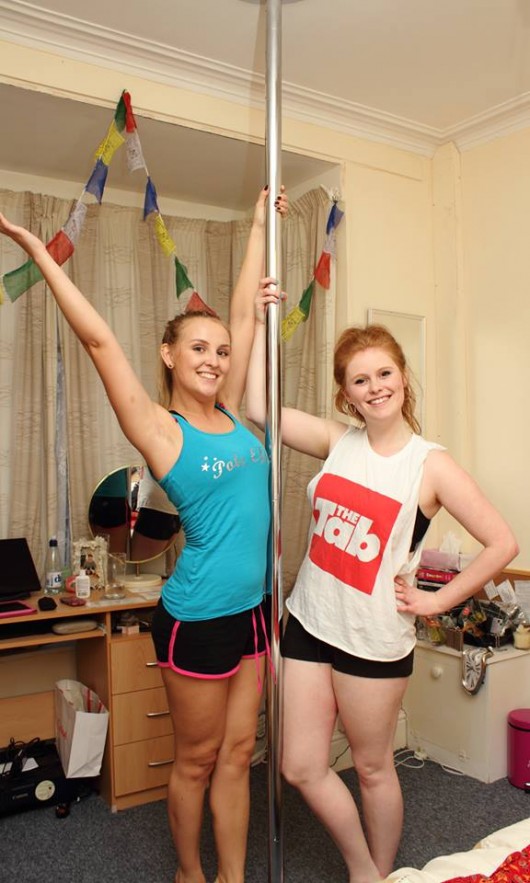 Two days after my lesson, the insides of my legs are bruised, and I can barely lift my arms. Pole fitness is not for the faint hearted, and there is so much more skill involved than I could’ve possibly imagined.

Photos by the wonderful Charlotte Wilson