Bugg brings the house down!

One of the most talked about (and, perhaps, least talkative) musicians in the UK at the moment, Jake Bugg graced the stage at a sold-out Solus in Cardiff Students’ Union last Friday.

The 18-year-old from Nottingham has been causing quite a stir in the music scene over the past year. He’s even been compared to greats from Johnny Cash to the Gallagher brothers, but doesn’t seem to have been at all fazed by the attention. In fact, from the moment Bugg walked on stage he was a picture of composure and confidence. The crowd, on the other hand, were not.

Consisting largely of rowdy mid-teens, and significantly more male than perhaps would be expected, the audience made their enthusiasm very apparent – from girls shrieking Bugg’s name, to lads shouting along, football anthem style, to every song. 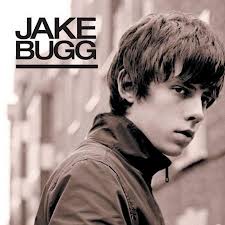 Bugg is undoubtedly a good live performer, whatever people might be saying about his personality. His voice sounded just as good live as it does recorded, and though he didn’t interact much with the audience they were quite obviously enjoying themselves.

The set-list itself was clearly well thought through, starting with album track “Fire” and a couple of B-sides, followed by singles “Trouble Town” and “Seen It All”, then a number of other album tracks before building up to his most successful singles “Two Fingers”, “Taste It” and “Lightning Bolt”. These were clearly the three songs that everyone had come to hear, and a portion of the audience showed their excitement with what could only be described as a mosh pit, which was admittedly quite unexpected! Those who didn’t participate sang along with equal enthusiasm.

Bugg closed the show with an encore of “Broken” and a cover of Cash’s “Folsom Prison Blues”, which brought the house down with a seemingly worn-out crowd.