Slorpe is back, helping you navigate the bundles of flyers to find the best nights that Cardiff has to offer…

We all know that Cardiff has some cracking nightlife, but what are the best nights going? It’s easy to throw around big one off events like Varsity and say that they’re awesome (I probably will do that at some point, watch this space) but I’m here to help you with finding the weekly nights out that will create the best memories of your time at university. Well, I say memories; if you’re doing it right you’ll only have hazy flashbacks. The memory of waking up with a hoody on my legs like a pair of trousers then finding my boxers in the toilet though, that’s one that will live forever. 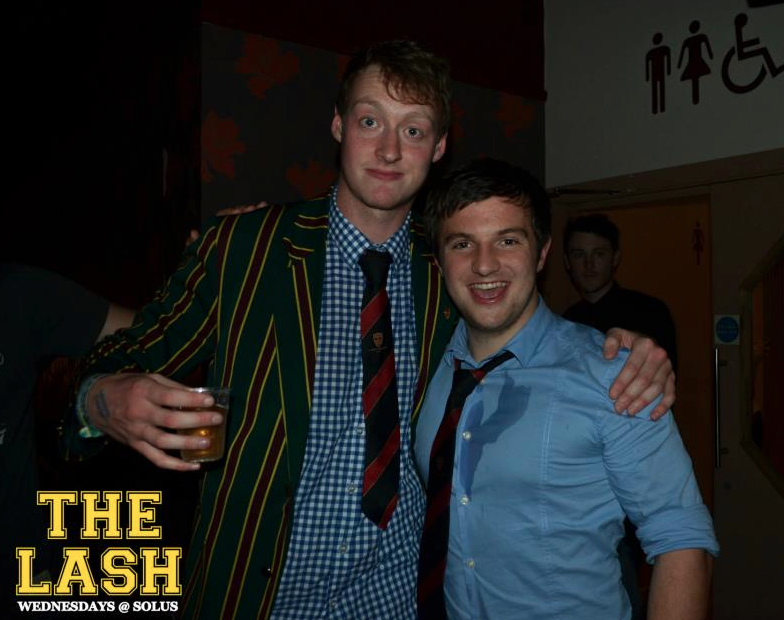 It doesn’t matter that Mike here threw up on himself five minutes before this picture was taken… It’s THE LASH, we’ve all… no wait, that one’s just Mike.

I think I’m slightly biased towards The Lash because I go there with the rugby club so there’s always a bunch of us. But anyone who goes there without a social is definitely missing out. The feeling of being able to walk anywhere in the club and know someone is oddly satisfying; Makes you feel like a proper big dog, try it sometime.

This is the total opposite of The Lash. I don’t know who decided it, but apparently if you go to Mode on a Tuesday, you’ll be partying with Cardiff’s student aristocracy… so you have to get all dressed up for it and look your best. If I was a better writer I’d have done research into the average time it takes a girl to get ready for a night in Revs compared to a night at The Lash. I’m not that good though, so just take my word for it, all the classy dresses, tops and hair extensions come out for Mode. 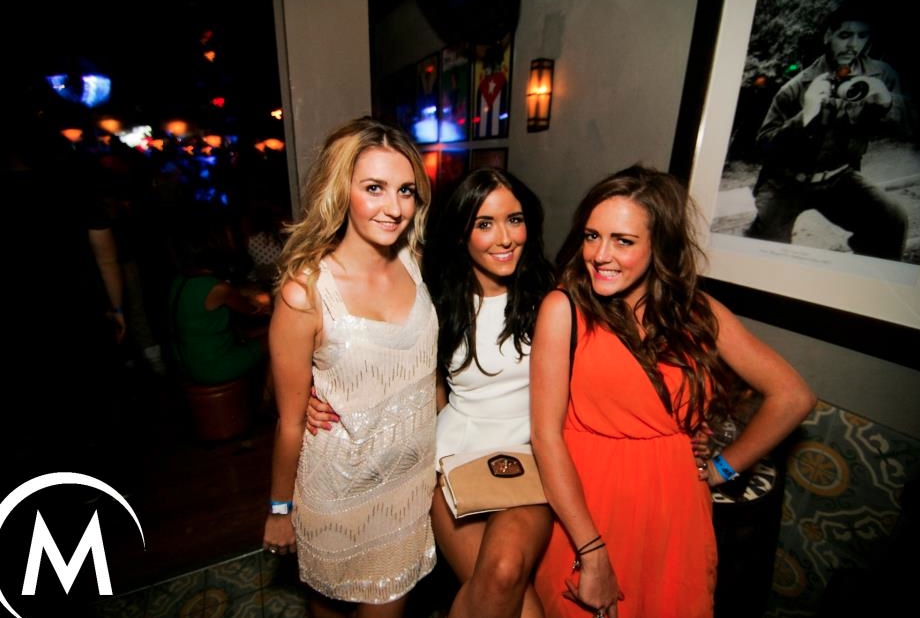 My limited knowledge of fashion says that this looks classy. There’s even a black and white photo on the wall.

Despite me liking the whole sophisticated vibe that Mode has created, it appears I don’t particularly fit in with it. Once, I was in the smoking area (I wanted fresh air Mum, honest) and someone set my trousers on fire. Not even kidding. Burnt a hole right through my boxers too, the bastard. If that was The Lash it wouldn’t be a big deal, but it’s not The Lash, it’s Mode, where you have to be at your best. I’d gone big, pulled out my Calvin’s and they ended up melted to my cheeks!

Another time, in a somewhat depressing conversation for me, a girl told me that I need new t-shirts and a decent haircut. She then said I should try River Island for the said t-shirts. I wasn’t too sure how to feel about that one. As for my haircut, I can only get it done once a term when I go home and this is because small-talk with hairdressers terrifies me. I’ve had the same hairdresser since I was 17 and that’s exactly how I like thanks. 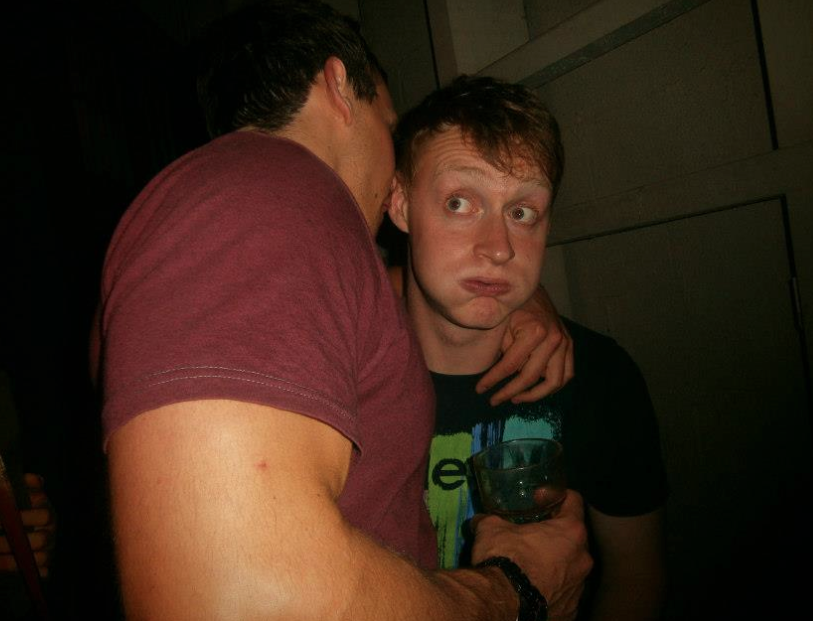 I think this was my response. Clearly, I needed consoling.

Comeplay is the best of both worlds. It’s more dolled up and sophisticated than The Lash, but I can still get up to the same antics and know that everyone is going to be there. It’s like Baby Bear designed it, it’s just right!

Comeplay is also a gift to us students: It keeps us safe. Venturing into town on a Saturday is risky business for your bank balance and your chances of having a good night. If you go to town on a Saturday, you’re faced with an endless parade of “Pussy Man” polo shirts for ‘Big Dave’s Stag 2012” and I’m constantly getting told I’m tall by middle aged women with penis straws in their drinks and ‘L’ plates around their necks. Well observed. 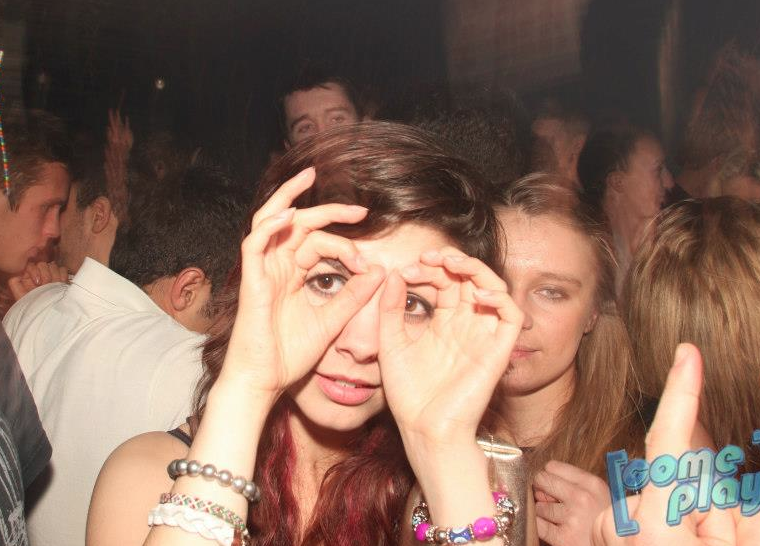 Look all you want love, you’re safe from the pink cowboy hats here…

I’ve heard there is a recent decline in Plus1 so this may be a controversial entry to this week’s Top 5, but I’m a 3rd year veteran so all you whippersnappers can just pay attention while I get nostalgic and plea that you make this night what it once was…

Plus1 would have been number 1 in my freshers year; it was the place everyone went, every week, without fail. They even let you drink out of colourful plastic buckets, that’s the stuff dreams are made of right there.

I have a friend who was quoted as saying “I just bloody love clubbing. I even love the smell of it. I get in a club, stand in the entrance and just breathe in the smell”. His favourite club smell? Plus1. What that smell is, I’m not sure. Maybe it’s the memory wiping vodka they sell, I don’t know, I can’t quite remember. 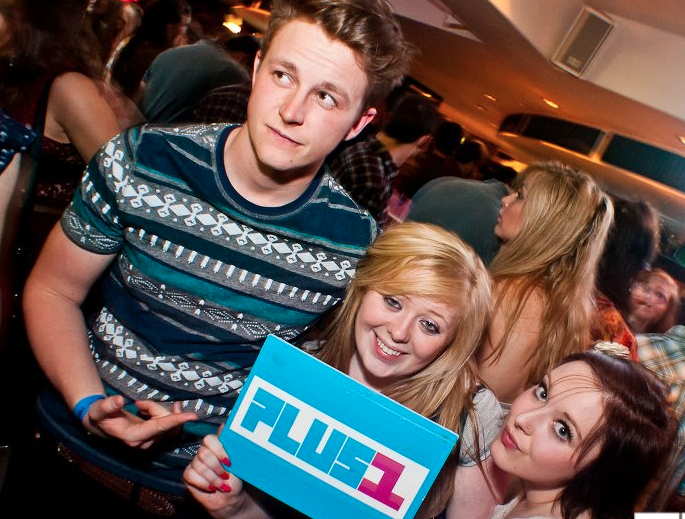 I’m not one to name names, so here’s a picture of him

I also have a friend who once said “If you can’t pull in Tiger on a Monday, you might as well not go out in the first place”. An interesting suggestion, but I still go there anyway. 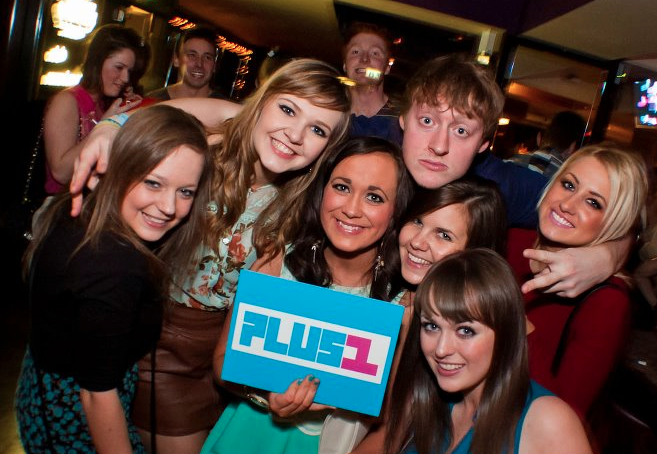 Not even with that ratio

5. Any night at Live Lounge

Live Lounge gets a lot of stick for being terrible and rightly so, it’s not fantastic. But, it’s that loveable form of crap that has a special place in my heart. Live Lounge is Cardiff’s soldier club. It’s dependable whenever everything else goes tits up and you’re left staring at a 1 in, 1 out queue (Yeah Therapy, I’m talking to you).

I had such a night out when my brother visited me in Cardiff for the first time. Faced with either a horrendous queue or a night with the aforementioned stag and hen goers, the 2 of us and a small band of 5 friends trooped into Live Lounge determined to make a night of it.

What a night it was! We decided that the last person to finish their drink would buy the next round. This quickly descended into downing 99p wine to avoid the cost of the next round, a horrific £7.23. One person claimed to be allergic to wine and instead wanted VK’s, absolute wet wipe. 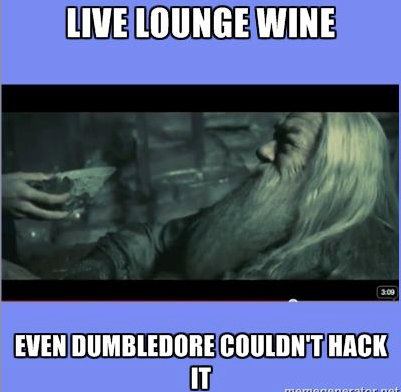 By the 5th round I was hoisting my brother’s hand up to signify him finishing because he was incapable of doing it himself. He ended up on a bench outside so we left early. The next morning he uttered a sentence I will remember forever: “Forget ever being a student”. Except he didn’t say “forget”.

Think I’ve missed out your favourite night? Hit up the comments section below and maybe I’ll try it sometime.