Sophie Epstein gives her verdict on this year’s SWN Festival.

We’ve all been swept up in the ‘alternative’ craze that seems to have taken the world by storm, and I’m not going to lie, when I was offered a ticket to the Swn Festival, my first thought was “this will be the perfect opportunity to wear my new bowler hat!”

Now in it’s sixth year, Swn Festival has established itself as the place to preview up-and-comers in all genres of music, from heart-warming folk to neck-braking metal. The intrigue of the festival might have initially come from it’s ‘alternative’ edge, promoting the new and the interesting, but it’s success lies in the basics – it’s damn good music.

The first stop on my four-day music binge was Buffalo Bar, where a band I had actually heard of before was playing. As an already avid fan of Foxes I loved every moment of their set, singing along to Louisa Rose Allen’s Florence-esque vocals, which were even better live. Plus the sounds of the music (synth/drums/magic) reverberating so intensely made the already spine-tingling “Youth” give me goosebumps. Needless to say I would recommend catching a live show of theirs, or at least check out their soundcloud channel (iamfoxes) for some beautiful electropop.

Friday brought me to Dempsey’s, where the extensive queue out the door led me to believe something impressive might be about to happen. I flashed my press pass, much to everybody in the line’s disgust, to find Cut Ribbons starting their set upstairs. This Welsh five-piece had the biggest audience I saw throughout the festival, and their performance deserved it. The boppy beginnings along with the female singer’s small stature were deceptive, as each song became fierce, guitar-heavy pop that makes you want to pump your fist in the air; I was literally knocked over backwards by the burst of energy from the sweaty (read: sexy) guitarist as I knelt to take photos.

Swn Festival is filled with fresh and exciting music that is much needed breath of fresh air from the tragic clubstep-infused pop rap songs that seem to dominate radio airplay (Flo Rida I’m looking at you).

The beauty of Swn Festival comes not just from the impeccable music, but also from the artists themselves. They were all down to earth and genuinely happy to have an audience.

Saturday began with the impressive acoustic sounds of Among Brothers at the BBC Wales sessions at Clwb Ifor Bach, whose inclusion of both violin and trombone added a new dimension to their indie sound (even more prominently in their non-acoustic Sunday set). Then onto the Moon Club, where the skater-punk Gnarwolves filled the place with some screaming, a heavy drumline that I couldn’t resist banging my head along to, and banter that made me regret never taking up skateboarding. Especially when the guy next to me got a song dedication: “this one’s for you because you skate and you’re handsome.” 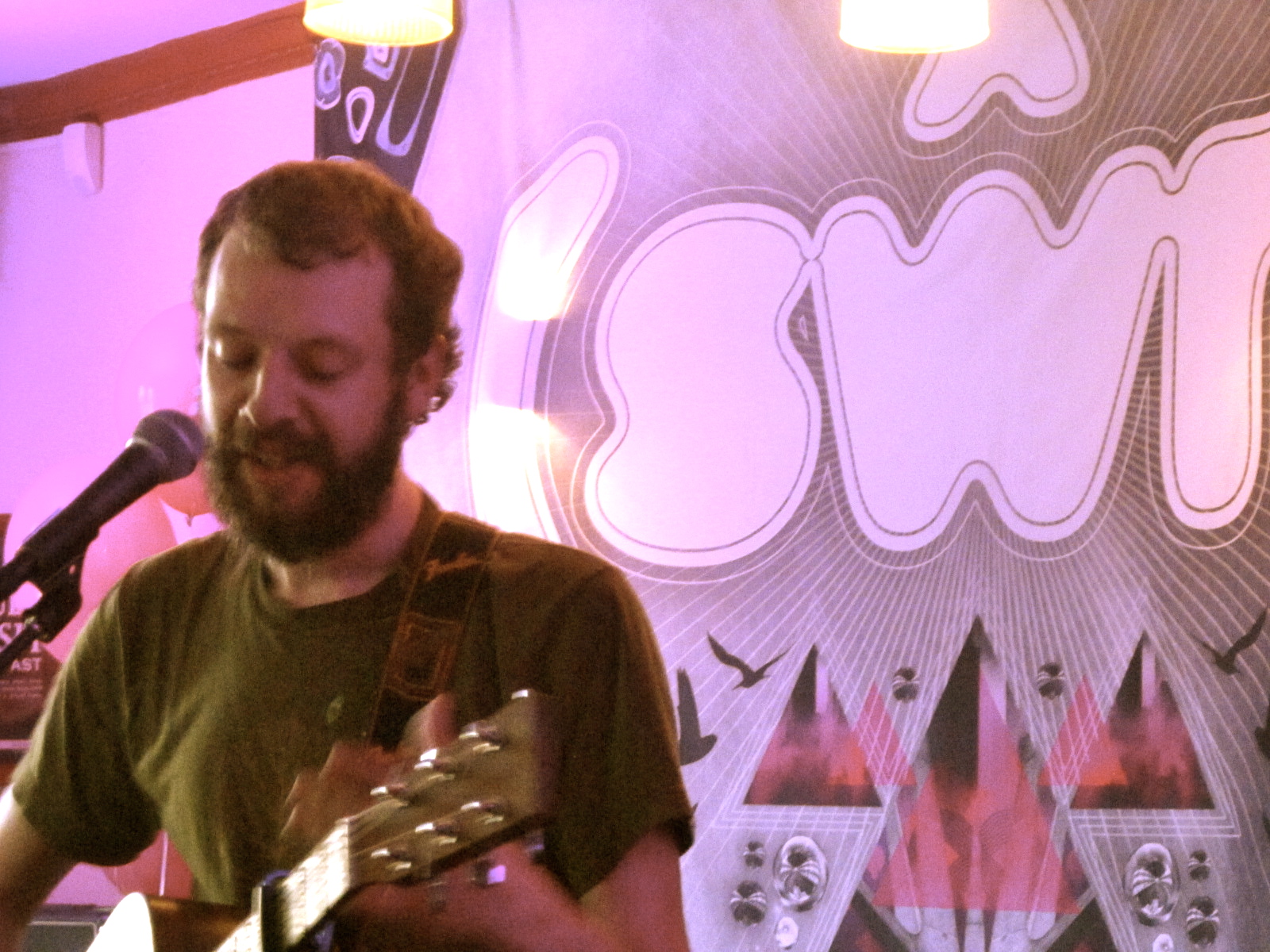 Moving from head banging to guitar slapping, Marc O’Reilly made me smile. With a raspy Irish voice and the hands of Newton Faulkner, he thanked us “a million” between songs and told us how starstruck he’d been meeting Gruff Rhys of Super Furry Animals earlier that day (“best day of my life”); modesty is even more sweet in an Irish accent. Later, The Knox, who were obviously celebrities on their school grounds, relayed a sound reminiscient of the 60s: simple, happy music that just isn’t heard enough anymore.

I would not hesitate in recommending this next year.

With Sunday came the big finale, Clock Opera played the last set of the night in Clwb Ifor Bach. As Swn Festival veterans they were honoured to be given this time slot and played up to it, using tin cups and seemingly anything else they could find to add a bit of percussion to an already impressive show. 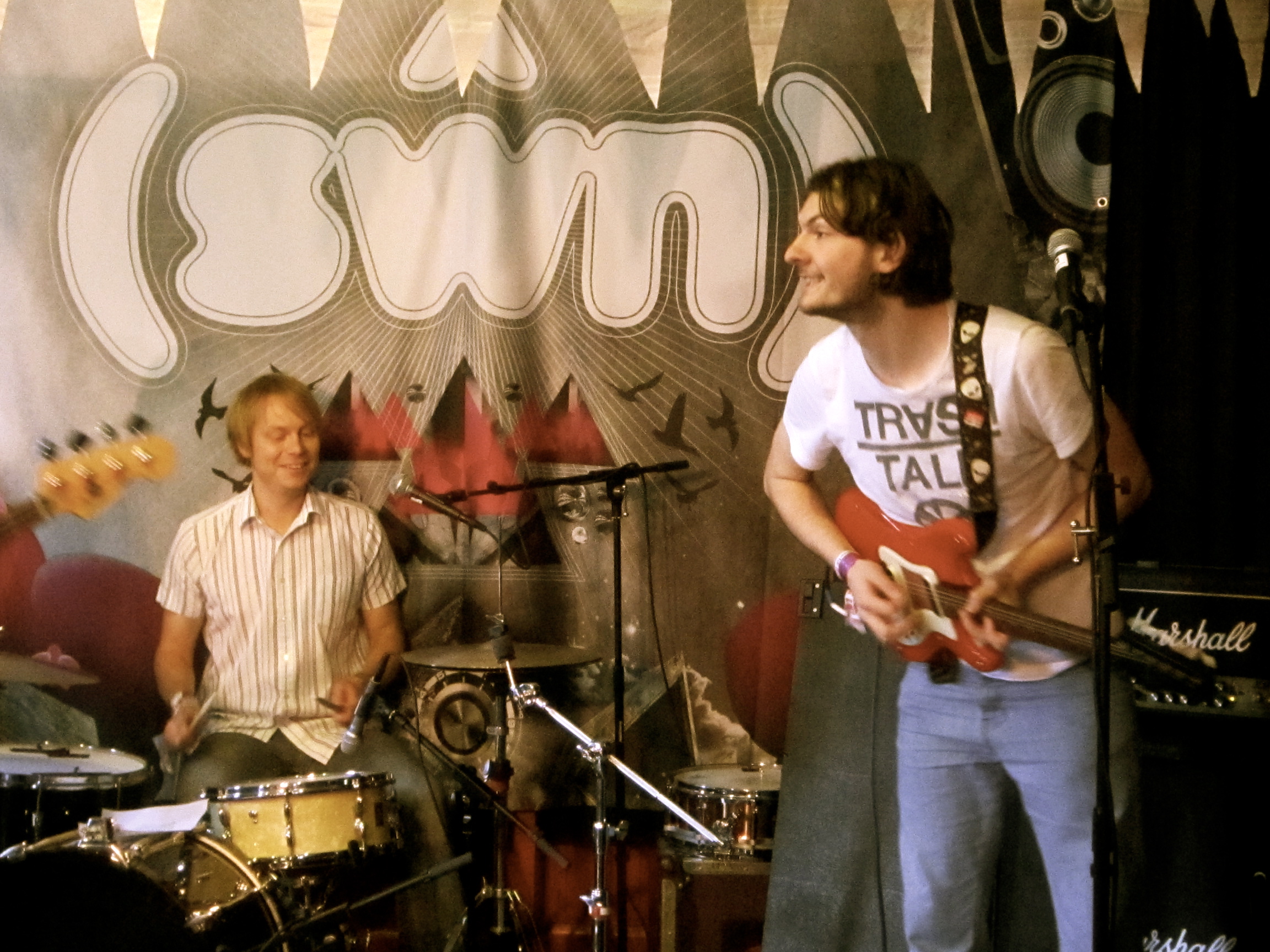 It’s not often you can walk between venues in Cardiff and hear completely different genres of music that are all excellent in their own right; for four days a year Swn Festival makes this possible.

Head to The Tab’s gallery for more pics of SWN Festival.