With new examination methods inevitably come new, and incredibly varied responses to this way of dealing with what used to be a pretty universal means of assessment. Some of us have no exams at all, some are going on for way longer than seems acceptable to me and some of us have barely noticed any change, but I can assure you what has changed is Cambridge students’ approach to them.

For some of us, this period of time is an opportunity to hit the pause button on what has inevitably been a very intense time thus far, but for others (probably the only ones who are going to get jobs at the end of this) this has been an opportunity to do even better. From your absentee supo partner, to that friend that constantly makes you feel like you’re wasting your life away (by reading this article for example), I’m sure you can recognise yourself in this, the most comprehensive of guides to the types of Cambridge student in an online exam.

The super organised one 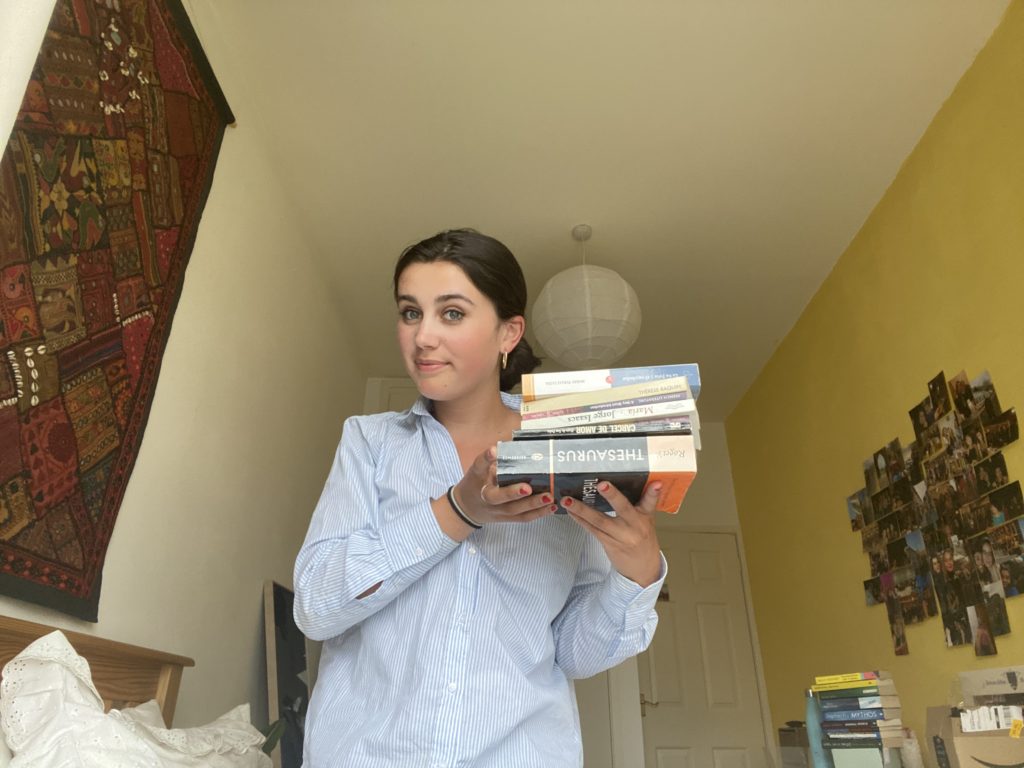 This person bases their life off studytubers, either that or they already are one. They’re working on average 8 hours a day (only 4 at weekends) and still manage to fit in half a dozen runs and their 15-step morning and skincare routine. You might see them on a zoom call every so often but they will most definitely arrive and leave on the hour as per their timetable. On the rare occasions that they do text you, it will probably be a link to a power yoga video they claim to be ‘super relaxing’ or ‘great for unwinding.’ You hate them.

This young entrepreneur has almost certainly rearranged their supos this term to fit with their new online tutoring business and will not be deterred when faced with the mere challenge of exams. When told that this year’s assessment wouldn’t count for anything they decided to look ahead to saving for the summer that will never be. Luckily though, if it does come around they’ll be the one buying you drinks, having convinced every middle-class family in the country that their degree in Classics makes them more than qualified to teach anything from A level Further Maths to primary Spanish, because they study at the University of Cambridge don’t you know. 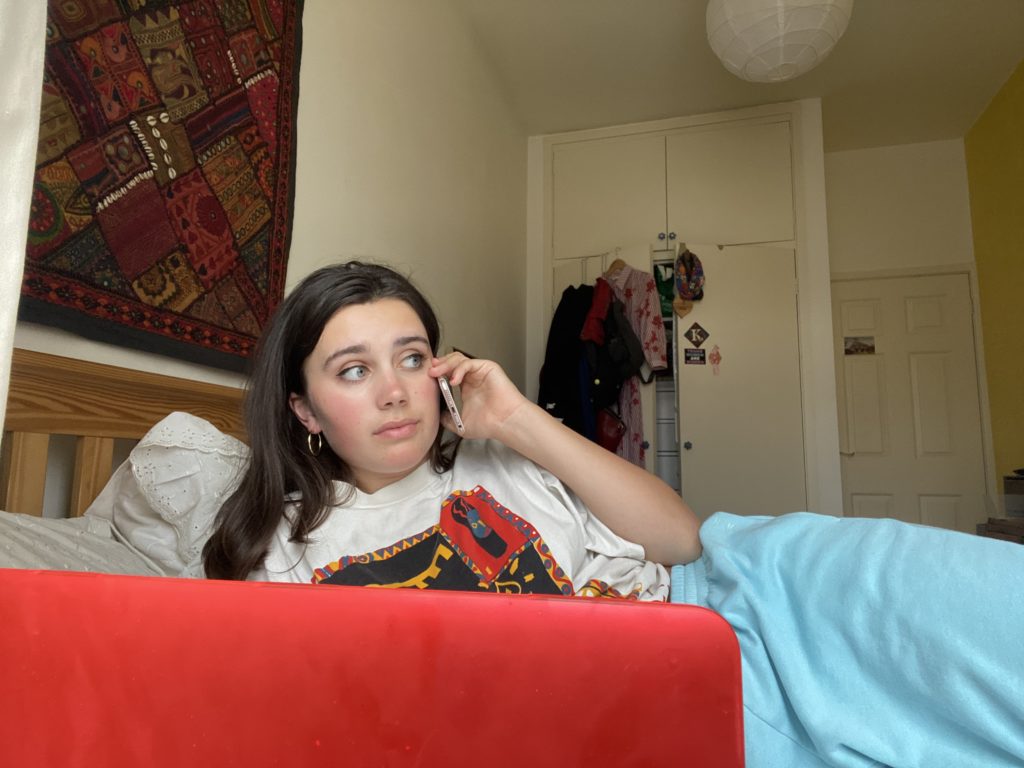 Simultaneously the best and worst kind of student. If you happen to be one of them, it’s all fun and games but if you’re not, having every stressy text you send met with a “don’t worry, it doesn’t matter, there’s a pandemic,” is one of the most annoying replies to receive, despite the fact that we’ve all probably sent it. This student has been ‘working’ outside since the weather started getting better so that, on top of their general state of zen, they now have an infuriatingly good tan to boast. You deeply resent this friend because of it but they’re the first one you call in times of boredom/need (mainly because they’re the only one who’ll answer).

The one who yearns for normal exams

Having spent all of Michaelmas and Lent saying no to plans and revising instead, this student is actually gutted that they won’t have the chance to show off everything they know in an exam hall. Instead of accepting that most assessments are now open book, and taking their foot off the pedal a little bit, they’re more determined than ever to prove their worth, answering all set questions in as close to normal exam time as possible and without consulting their notes. You won’t have heard from this friend since ‘term’ started and if you message them you can expect a delay of at least 3-5 working days before receiving their (brief) response. 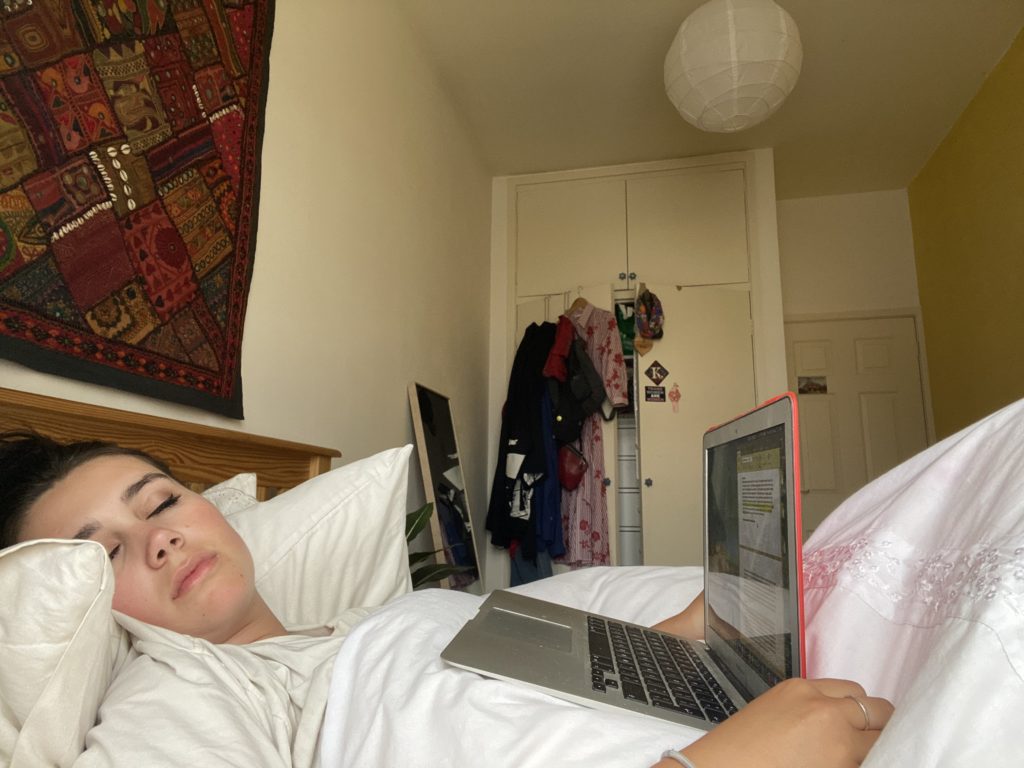 Who let this one take their exams at home? Not even their parents can intervene at this point. Their daily routine consists of an obscene amount of time on Tik-Tok, interspersed with rare bursts of work. Despite having probably a month or so to complete their exams, you can guarantee that these will get done in a couple of sleepless days before they’re due and that you’ll get a message from them asking what a blind grading ID is minutes before the deadline. This person has probably also asked you for your lecture notes this term despite them being uploaded to Moodle and has claimed that they can’t find them there.

Hopefully there’s parts of this that apply to you less than others, but if not, don’t worry, there’s a pandemic so it doesn’t matter!

Best of luck to you all with exams, and remember: just think how great summer is(n’t) going to be.

All photos author’s own.