Cambridge Colleges as…what they were like in 1984 (Part One)

Bed sharing policies, Boatie antics and badly-designed buildings (and a royal student): what was it like to be a student at your college 30 years ago?

You may feel that you haven’t set foot in your beloved college, eaten at its buttery or had an awkward chat with your bedder for decades, although it has only been a month or so. Whilst we cannot be at our colleges right now, this article might go some way to fill the college-sized hole in our hearts, giving us an insight into what our colleges were like over 30 years ago, and whether the stereotypes which make up those ‘Cambridge Colleges as…’ posts have really changed at all.

I discovered the Varsity Handbook: The Student Guide to Cambridge for the years 1983-84 and 1984-85, which were like the freshers’ handbooks of their day, written for students by students, giving the lowdown on the colleges, university societies and the best pubs and restaurants of the time (including Gardies! What an institution). 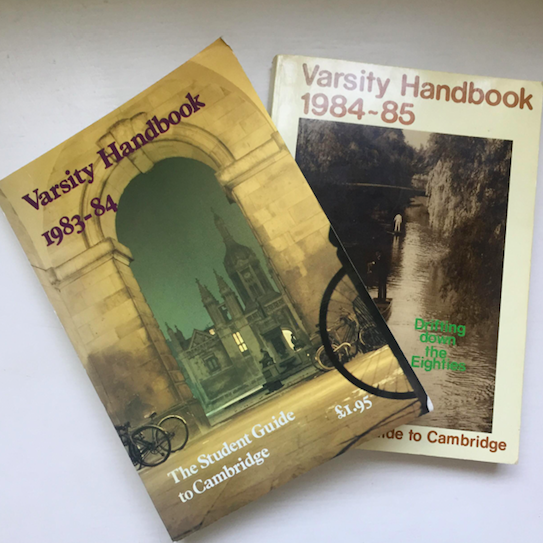 So in the era of Charles and Diana, David Bowie and having to use reference cards to find books in the UL (torture), what was it like to be a student at your college?

But proceed with caution: The Tab Cambridge is not liable for any hurt resulting from painful nostalgia or damage to college pride (looking at you Fitz).

If your College is missing from Part One, stay tuned for Part Two, coming soon…

Central, as defined by its “easy access to the Wimpy, a hot dog stall, and Dorothy Perkins” (who knew it would be the hotdog stall that stood the test of time). New Court gets a battering: “Whoever designed New Court must have felt that a national monument to British typewriters was long overdue.”  Google image search ‘typewriter’,  you’ll get the point.

An overwhelming number of STEM students, and their horrific fashion sense: “The rumour spread that the college developed its own uniform of anoraks, glasses, loose jeans and calculators.” If you throw the leavers’ hoodie into the mix, the STEM student image has perhaps not evolved a great deal.

A famously ‘spectacular’ May Ball, and a college with an overall good rep. It was one of the first Cambridge colleges to go mixed (a process which was still going on in the 1980s). Most surprisingly, though, Clare had a policy which allowed students ‘to share rooms with the person they are sharing a bed with’. Loved up Cambridge students now who have grown accustomed to squeezing themselves into a tiny single are probably raging that this practice has not survived. The guide joked that ‘perhaps the dons are believers in hereditary genius’. Perhaps the dons of today are more believers in sexual relations impeding academic rigour.

Downing College’s reputation was that “Downing is very good at rowing, and not much else.” The previous bumps’ dinner of 1983 had descended into a food-fight, with the Master “rumoured to have worn a cycle cape… to protect his Tuxedo from flying Brussels sprouts.” Clearly a mad one.  All of this rowing fever contributed to “a nauseating outbreak of college spirit”. Disgusting.

“Emmanuel has a reputation for profound tedium” the guide so charmingly writes, with “nice gardens inhabited by ducks who are considerably more exciting than the students”. Emmanuel students now are so protective of their duck brethren that to be honest they’re probably just relieved that they don’t have to fight anyone to protect their honour.

At this point in time Fitz was known as the “A’ Level retake college” which apparently led to students “apologising for the place”. The writers are unsympathetic: “Let’s face it there’s a lot to apologise for” for example its ugly architecture and poor academic performance. Ouch.

Homerton at this time only offered degrees in education, and was especially known for its “high proportion of women'”and as a result infamously attracted “many chauvinistic individuals”. Apparently “a Homerton career is marked by marriage or engagement in your third year” (the real kind) and yet students were not allowed access to the UL until their fourth year. Was marriage just a way to pass the time that they would’ve spent in the UL? Did the university think that using the UL required a higher level of maturity than marriage? So many questions. 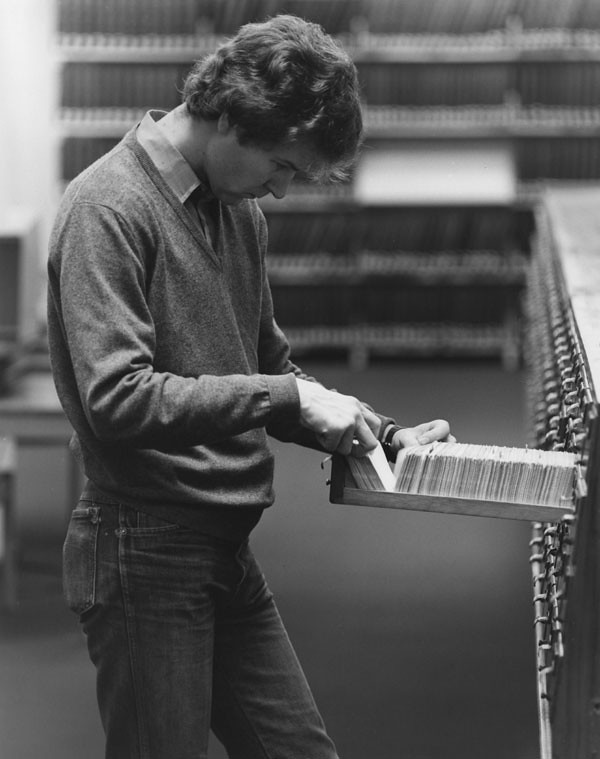 Of course using the UL would have been even more difficult back then without iDiscover [credit: LSE Library Flickr, The Commons]

The boatie community at Jesus was at this time probably the most notorious, as they spent their time “bellowing in the college bar, imbibing, vomiting, letting off fire extinguishers” and were such a cause for concern that “mothers would have locked up their daughters to keep them from Jesus boaties”. This did not seem to put off Prince Edward though, who studied history here from 1983 (graduating with a 2:2). The royal presence meant that “after-hours visitors climbing over the wall have been confronted by gun-slinging security men”. Thankfully on their way back from a night out at cindies Jesus students no longer have to negotiate climbing over walls, or bullets.

You could apparently recognise a King’s student by their “nasal and/or aural rings”, and their left wing politics. The guide emphasises that the college’s “student radicalism” (which meant that it was the first college to abandon entrance awards and one of the first to go mixed) sat awkwardly alongside the chapel ‘an awkward reminder of a more traditional and secular past’. According to the guide “there are plans underfoot to convert it into a sports hall for the unemployed”. I can’t work out how serious they were, but honestly would love to see a few erg machines and weights shoved in there.

Knowing what you know now, would you have still chosen your college? Would you have been desperate to try and pull a prince, or would the rep of the Jesus boaties have scared you off? Should we start a petition to convert the King’s chapel into a gym, or at least to have a few spin classes held in there?