Cambridge University has clarified its position concerning MML and AMES students studying or working abroad, telling them that “the university requires you to return home if you are able to and it is safe to do so”.

The email came on Friday evening following “further consultation with the university’s COVID-Gold Team and the strengthening of UK ministerial advice last week”, and it is the first time that the Cambridge has taken such a definitive stance.

Many students think that this direct order has come too late, as many borders have now closed and international flights out of various countries have been grounded. 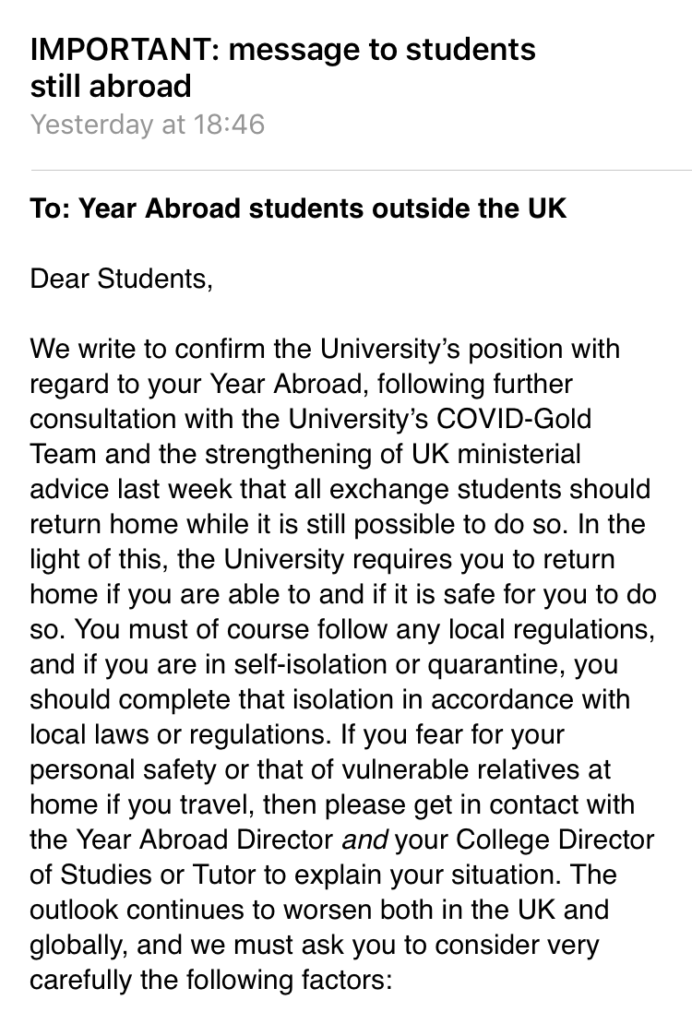 The email received by students yesterday, highlighting the risk to students as the ‘outlook continues to worsen’

In previous emails sent to year abroad students, the Year Abroad Department had proposed “a pragmatic response” and said that “we are taking this guidance (to return from abroad) as advisory and not compulsory”. The decision to come home and cut short the year abroad was left to the individual student’s discretion.

Some students have been taking matters into their own hands, deciding to leave ahead of official university guidance. Those who had made the decision to remain abroad are now exposing themselves to the risks of international travel, or facing the high costs of flights home. Or, more seriously, they may be unable to get home at all.

One of the MML students who has decided to stay abroad, told The Cambridge Tab: “I’m staying in Russia not only because I literally have to (the borders have closed and commercial flights have stopped) but also because the idea of travelling home through both Moscow and London, which have large amounts of cases, back to my family to potentially give them coronavirus as a nice little reunion gift seems not exactly ideal.

“I would also really miss my roommates and the city I live in if I left now and ultimately, it doesn’t feel so important if you’re bored in quarantine in England or in Russia.” 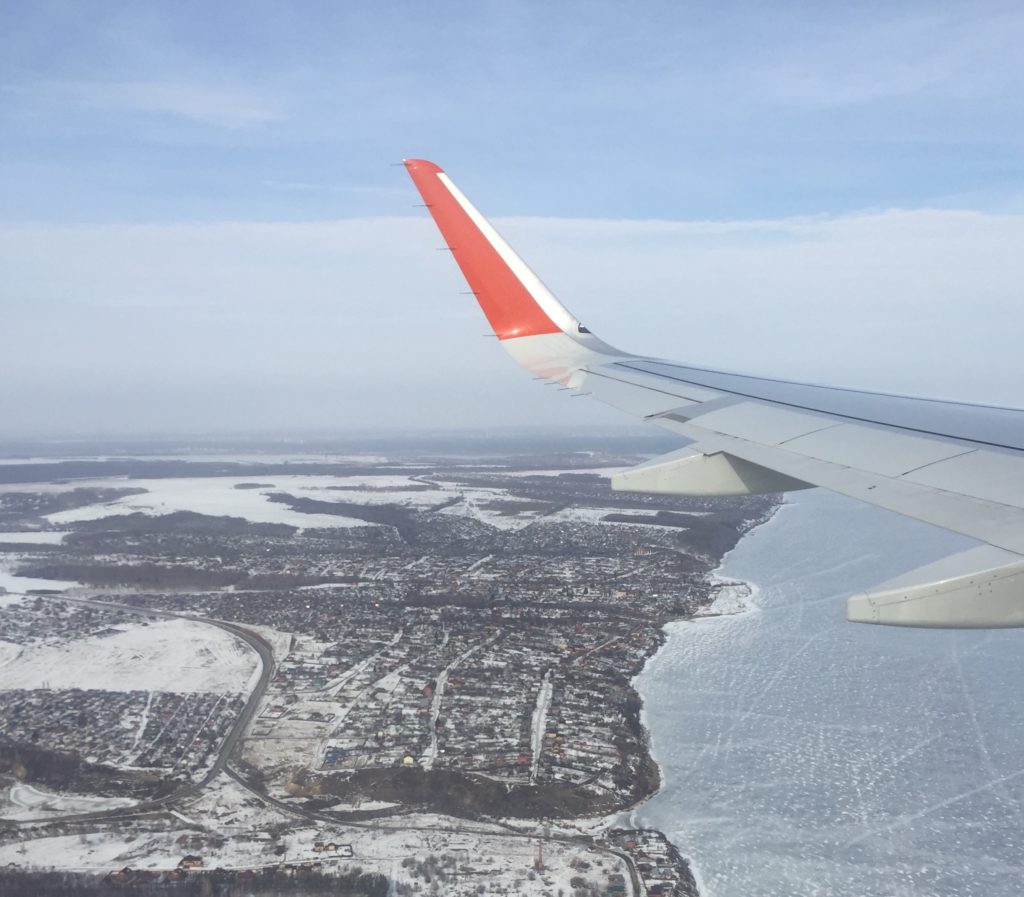 UK universities have taken different approaches to their students abroad. Durham University gave strong advice to return home three weeks ago, at a point at which Cambridge University students were told that “regrettably neither the Year Abroad Director or the Year Abroad Office can serve as a source of advice, support or information” as to whether to come home or not.

An MML Faculty spokesperson released a statement to The Cambridge Tab: “The MML Faculty has consistently pointed Year Abroad students to updated FCO advice as soon as it has changed. On 31 March the FCO advice was strengthened, and the Faculty’s was updated to reflect it. The letter sent on 3 April restated the position and spelled out the worsening situation. At the time the FCO revised its advice, 144 Year Abroad students had already decided to return home while 35 remained abroad – the majority voluntarily, following careful deliberation with the College Directors of Studies and Tutors supporting them.”