The fast-paced, bustling streets of the Big Apple are the home of small-time gambler Nathan Detroit, played by Tom Baarda, who is desperately seeking $1000 to pay a garage owner (voiced by Tom Nunan) to host the biggest floating crap game in town. In an attempt to secure the funds, he bets Sky Masterson (Satvik Subramaniam), a high-rolling gambler, that he can’t take the “doll” of his choosing to dinner in Havana, Cuba. Nathan chooses Sarah Brown (Louisa Chatterton) a sheltered and straight-laced Evangelist Sergeant of the local mission. Meanwhile, Nathan Detroit is being chased down by ever-present local policeman Lieutenant Brannigan (Tom Nunan) and is at the mercy of his showgirl fiancé Miss Adelaide (Mabel Hoskins) who laments their 14-year engagement — and, correspondingly, her 14 year cold. At the heart of this lively metropolis, and in the cafes of passionate Havana, forms an unlikely romance, all the while a long-standing (or long-suffering) romance gets a new lease of life. 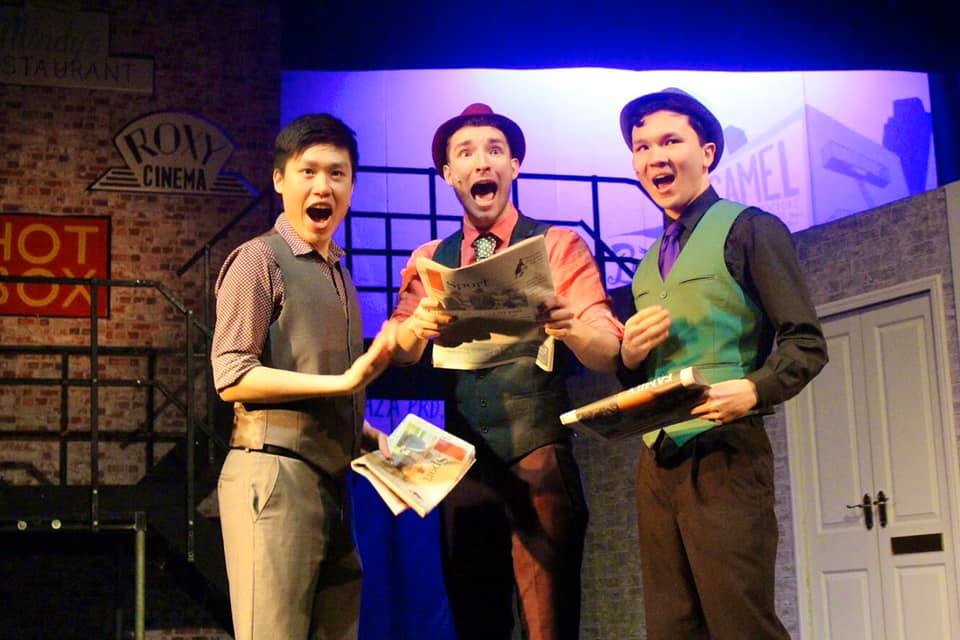 Though light and comic, Guys and Dolls manages to provide the epic and sweeping feeling of a big city love story. This CUADC musical is infinitely exciting, charming and amusing: a must-see for anyone looking to fall in love for the evening.

The musical’s strength is significantly owed to the hugely talented cast. Relatively small in size, the power of the ensemble to fill the auditorium with almost perfectly pitched vocals — while also effecting intensely choreographed routines — was impressive. Especially notable musical performances should be credited to Heather Murray, (Arvide Abernathy) whose performance of ‘More I Cannot Wish You’ epitomised a warm and fuzzy feeling, and Arthur Roadnight’s (Nicely-Nicely Johnson) ‘Sit Down, You’re Rockin’ the Boat’ which was infectiously funny and thoroughly enjoyed by the entire audience. 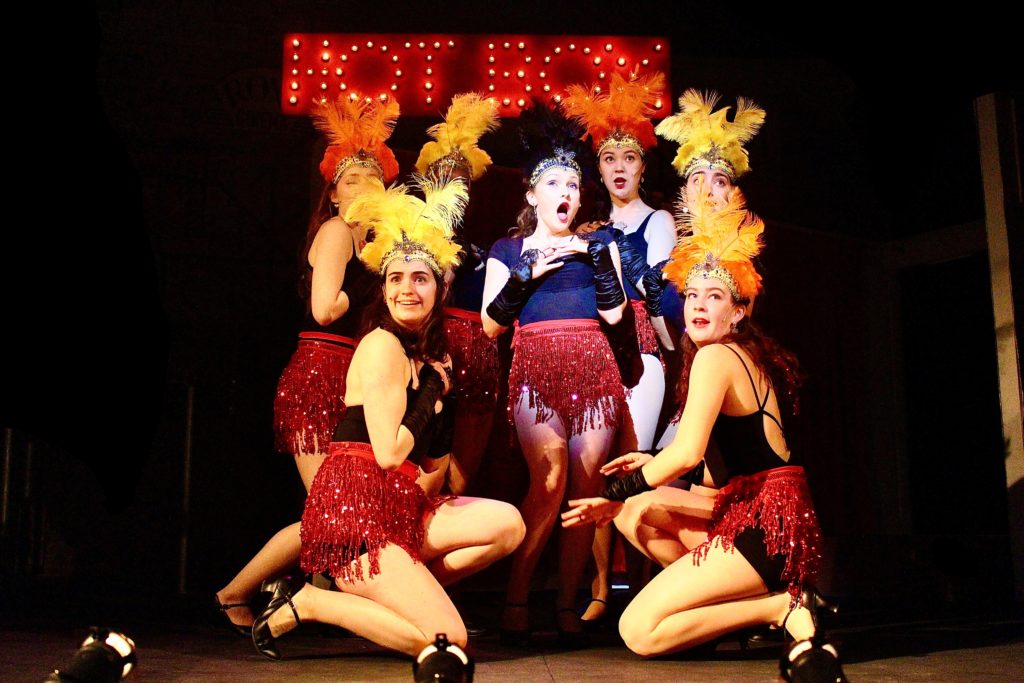 Even more impressive were the dancing skills of the entire ensemble which, despite an odd out-of-sync pirouette (which I’ll put down to it being opening night) was extraordinary. Some particularly special moments include Arthur Roadnight (Nicely-Nicely Johnson) and Justin Wilson’s (Benny Southwest) alluring tap dancing piece and the entire Havana dance sequence which the ensemble executed beautifully. Huge credit is owed to the Musical Director (Alex Patel) and Choreographer (Ella Nevill).

Also notable was the set which, although slightly scrappy in places, transports the audience from chaotic New York City, with the help of many superb Brooklyn accents (in particular Mabel Hoskins (Miss Adelaide)), to a tipsy and romantic Havana nightclub — set alight by, once again, the spectacular dance routines. The set designer, Lydia Roe, succeeded in bringing the animated streets of New York City and Havana, Cuba to the ADC. Further to the set was the lighting: simple yet effective, and even comedic in places. The lighting subtly illustrated the emotive journey undergone by each of our beloved characters, and inevitably the audience, and was an effortlessly professional aspect of the production. Once again, credit is due to the lighting designer, Dylan Phelps. 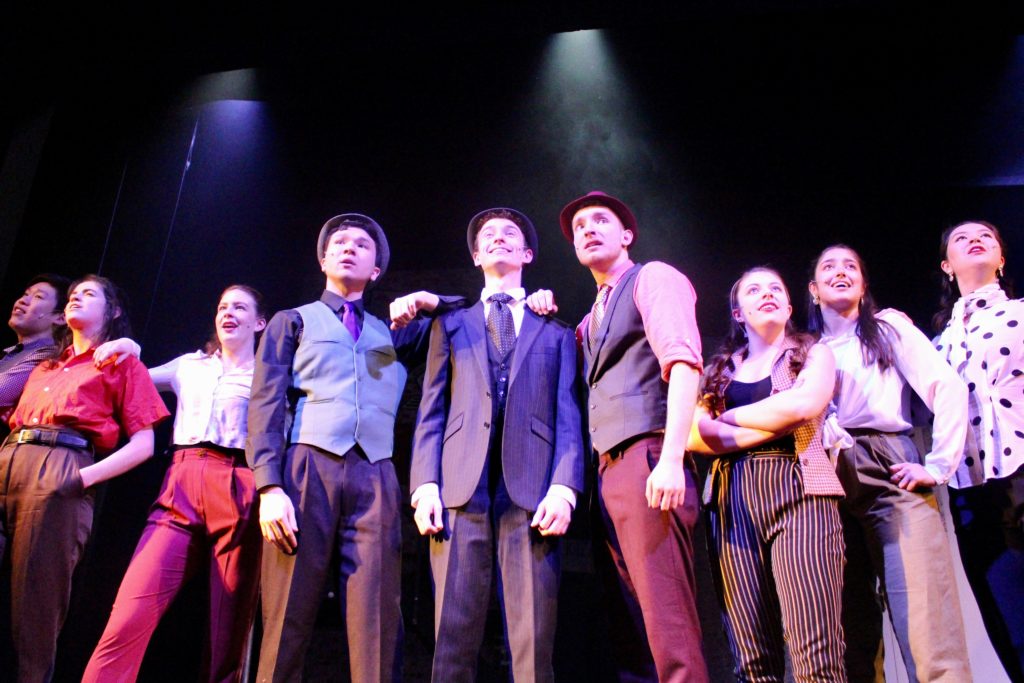 Overall, Guys and Dolls is a captivating performance, achieved through a harmonious and talented cast and skilled direction (Phoebe Rowell John and Harriet Wilton). I strongly recommend to anyone looking for a cheerful escape from the final drags of week 8.

A sheer pleasure to watch.