The cast and crew of ‘Corpsing’ have been through hell. Both directors, (Olivia Railton and Charissa Cheong) actually gave an onstage disclaimer that they would both be stepping in to play major roles due to last minute drop-outs. Many other actors were also short-notice stand-ins, encountering the script and getting to grips with their roles in an extremely short time frame. Thankfully, the stress and toil of such a difficult production was, I’m pleased to say, worth it: ‘Corpsing’ is funny (if not quite heavenly).

Penned by Shameera Lin and Jamie Hancock, ‘Corpsing’ follows Christina (Cheong) and her Malaysian/English family through the events following her death. The concept is original, well thought through and explored to a satisfying extent. Lin and Hancock’s particular brand of dark comedy and goofy eccentricity feels justified and apt in exploring the absurdity and tragedy of bereavement and culture shock. Christina is fully aware of everything around her but unable to communicate with the living, resulting in the play’s most persistent (if a little tired by the end) gag: the ‘I’m right here guys’ reaction to scandalous conversations had over Christina’s un-enthused corpse. Cheong nails the general bemusement and exasperation of a character forced to grappled with supernatural silliness and her own wacky family members (and funeral director (Toby Stinson). Most of ‘Corpsing’’s humour derives from its supporting characters, played by a selection of standout performers  (none of whom could be easily identified as one of the many emergency stand-ins). Clancy Peiris Jr and Jonathan Chan deserve particular plaudits. Peiris Jr. impressed with pure cartoonish zaniness and excellent comedic timing and Chan proved effortlessly funny in portraying Christina’s ‘favourite’ Malaysian uncle, Anand. 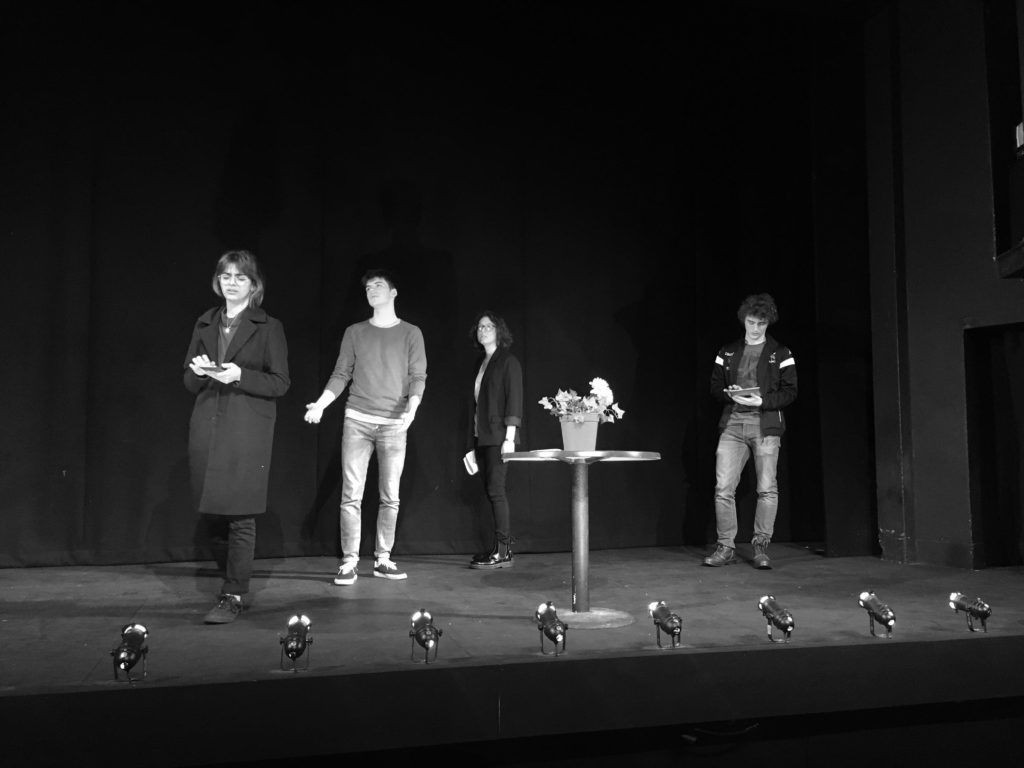 One thing that immediately struck me about ‘Corpsing’ was its look. Mahon Hughes’ lighting design was some of the most aesthetically pleasing and visually creative work I’ve seen in any show at Cambridge; lights were even used for comedic effect when timed to music. This gave the show a refreshingly visual interest, and wonderfully enhanced scenes with subtle touches, as when a hot-boxed Juliet was filled with a greenish tinge. Adding to Hughes’ brilliant lighting design, Cheong and Railton (as Directors!) consistently made scenes —especially difficult, full-cast sequences — interesting to look at and communicative of information and comedy alike. Christina’s wake and (questionable) Hindu funeral was especially a feast for the eyes. Other technical aspects, such as scene changes and cues needed polish, but given this production’s difficult journey, such hiccups on a first night are to be expected and allowed for. While not something usually praised in reviews, I was weirdly impressed by the reactions and background conversations offered by the supporting performers in this scene. These elevated the comedic antics of those in focus and always seemed to give something amusing or interesting to look at.

Where Lin and Hancock’s writing really shines is in the play’s monologues, particularly those given to Christina’s mother and father (Olga Adhikari and Lucian Morie).  The monologues each parent gave to Christina’s body towards the latter end of the play proved outstanding, providing a real sense of journey, conflict and resolution in the character’s articulation of difficult feelings. Cheong’s reactions to Adhikari and Morie’s excellent performances were equally poignant and her own monologue intelligently navigated. In terms of both writing and performance, this scene proved my favourite, even managing to balance a solemn tone with punctuations of humour and ultimately providing a master class in comedic drama. That said, Lin and Hancock’s script as a whole is need of cuts, as several scenes neither held up to this standard, nor advanced the plot. ‘Corpsing’ felt, as a result, bloated and far too long, but the scenes I really remembered were genuinely funny and uncompromised by the patchiness surrounding them. 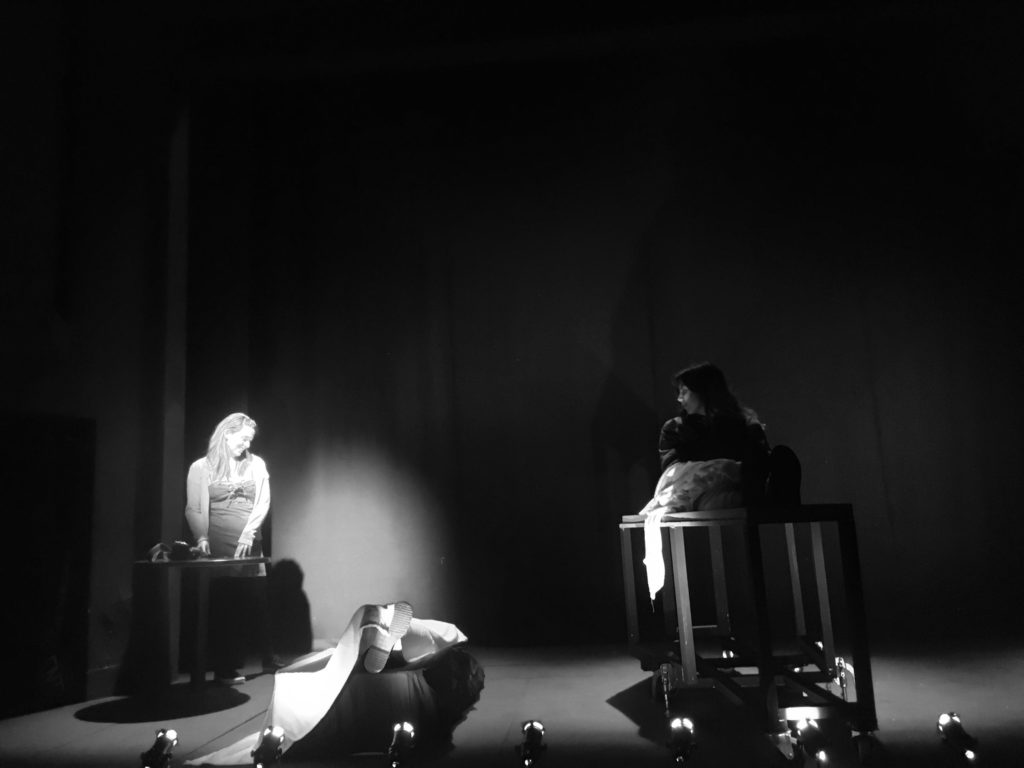 The people who have brought ‘Corpsing’ to life should be extremely proud. They have delivered a funny and poignant exploration of grief, mixed-race heritage and family despite numerous setbacks (not to mention the pressures of a cold and wet Lent term). I hope their next few nights are as enjoyable for them as they will be for their audiences (and that they manage to cut some scenes down a little), and I would recommend anyone looking for a well-written, original comedy to give ‘Corpsing’ a try.